March 26, 2013 at 5:15 PM ET by Colleen Curtis
Twitter Facebook Email
Summary:
It was the second trip in two years for the Galaxy, while the Kings made their first visit after winning their first Stanley Cup in 2012. 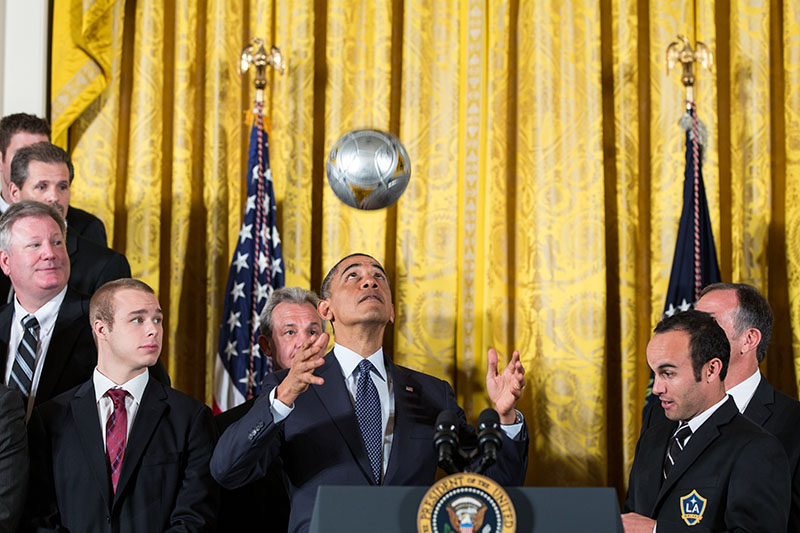 Two of Southern California's finest sports teams joined President Obama in the East Room to celebrate their championship seasons. The LA Galaxy was here for the second year in a row, as they repeated their dominance of the Major League Soccer in the 2012 season. The LA Kings, meanwhile, made their first visit to the White House after winning their first Stanley Cup.

And as President Obama pointed out, these teams share more than a hometown.

In 2012, they also shared "a pretty good comeback story." The President was referring to the Galaxy's injury plagued season, which culminated in a championship game they won after tying the score at the 60-minute mark. The King's triumph seemed even more improbable as they were the first hockey team in NHL history to win the Stanley Cup after entering the playoffs as an eight seed.

Impressive as the teams efforts were on the field and on the ice, President Obama highlighted their equally important contributions in the LA community:

We also found out that both these teams are full of some pretty stand-up players and coaches. They’re out in the community year-round. They’re changing lives, they’re making a difference. As Coach Arena of the Galaxy says, “The soccer is very much secondary. If we can have an impact on the lives of young kids, we want to be a part of that.”

And that’s something we all appreciate, especially those of us who are parents. And we are thrilled that you guys are sticking around to host a Let’s Move question-and-answer session with kids from all across the country.

So I want to give a hearty congratulations to both the Kings and the Galaxy one more time for bringing two championships to L.A. and for doing so much for your fans back in California. 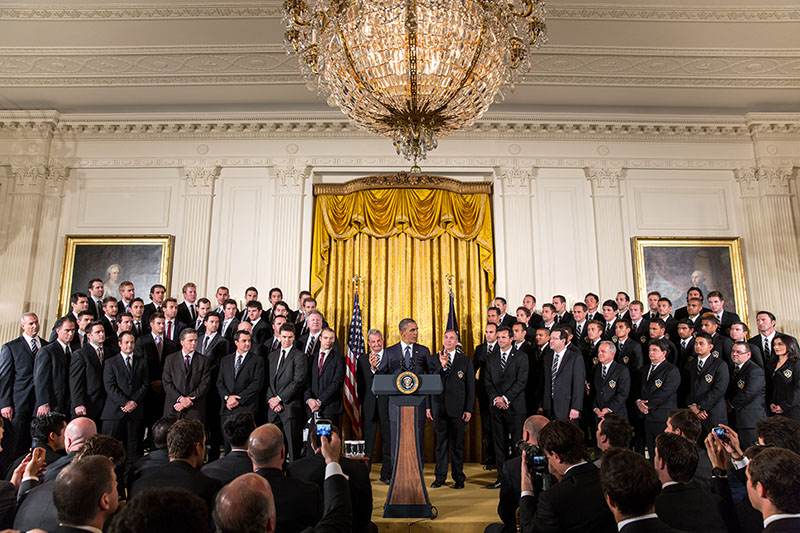