March 27, 2013 at 12:11 PM ET by Kori Schulman
Twitter Facebook Email
Summary:
On Thursday, March 28th at 3:00 pm ET, White House innovation advisor Tom Kalil will join a Google+ Hangout to discuss the Maker Movement with leading innovators and Makers from around the country.

This week, the White House will continue a series of conversations with Administration officials on Google+. On Thursday, March 28th at 3:00 pm ET, White House innovation advisor Tom Kalil will join a Google+ Hangout to discuss the Maker Movement with leading innovators and Makers from around the country.

More and more Americans are becoming Makers, a growing community of young people and adults who are designing and building things on their own time. For example, 120,000 people participated in the May 2012 Maker Faire in San Mateo, California, sharing projects such as a flame-powered pipe organ, a fully automated ragtime band, and a 12-foot-tall aluminum robotic face controlled by 12 joysticks.

President Obama believes we need to give more young people the ability to become Makers. As the President said at the launch of his Educate To Innovate campaign to improve science, technology, engineering, and math (STEM) education, "I want us all to think about new and creative ways to engage young people in science and engineering, whether it's science festivals, robotics competitions, fairs that encourage young people to create and build and invent—to be makers of things, not just consumers of things." The Maker Movement can also promote innovation in manufacturing, one of President Obama’s top priorities.

During the Hangout, Tom Kalil will discuss the elements of an "all hands on deck" effort to promote Making, with participants including:

Watch the hangout with Tom Kalil live on WhiteHouse.gov, or tune in to the White House's Google+ page or YouTube channel. You can also join the conversation on Twitter using the hashtag #WHHangout. 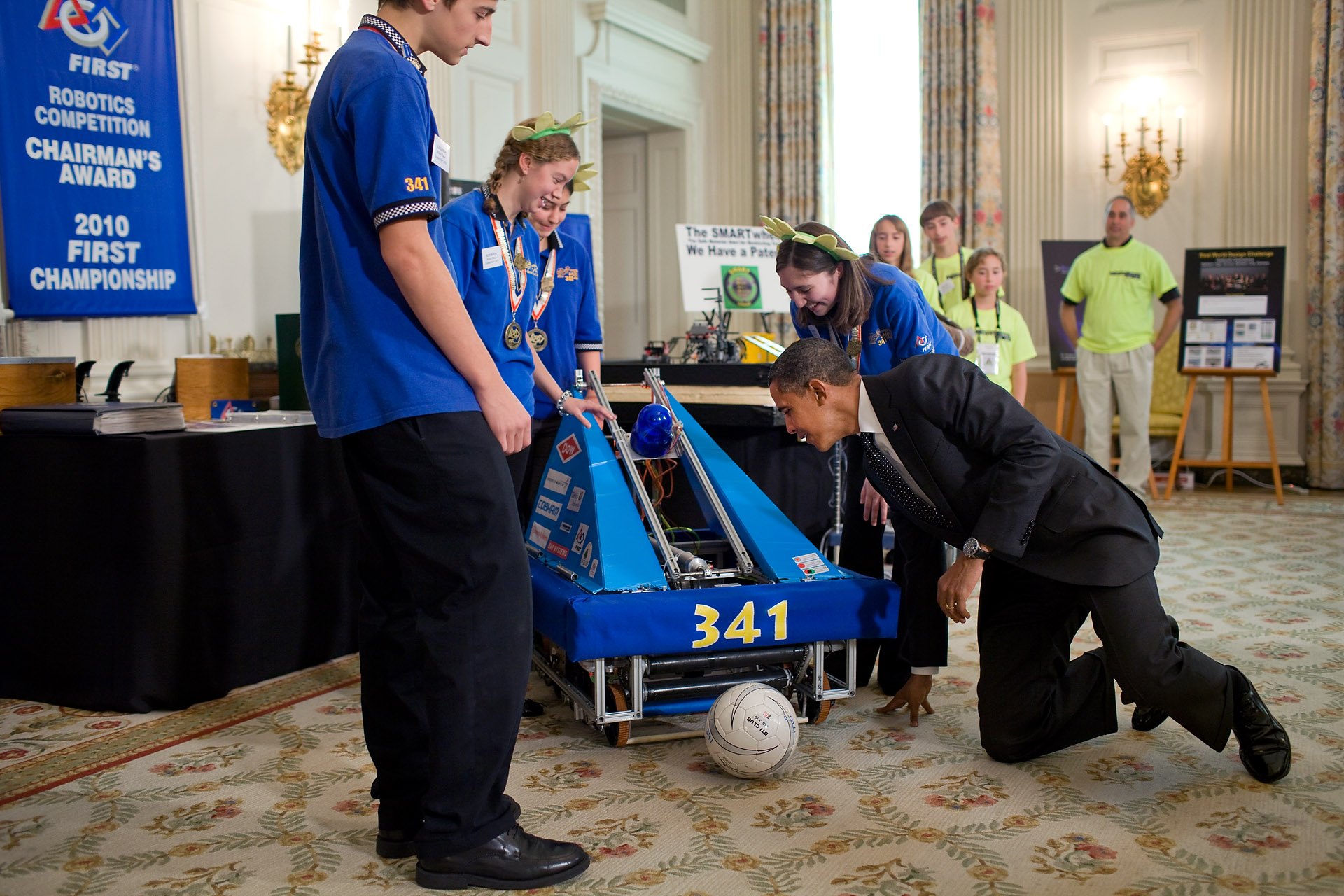 You can learn more about how the government and private sector can turn American kids on to science through Making here.