In Miami, President Obama Talks About his Plan to Put People to Work Rebuilding America

March 29, 2013 at 4:11 PM ET by Colleen Curtis
Twitter Facebook Email
Summary:
Despite strong efforts to fix our broken national infrastructure over the past four years, much work needs to be done if we are to prove to the world that there is no better place to do business than in the United States. 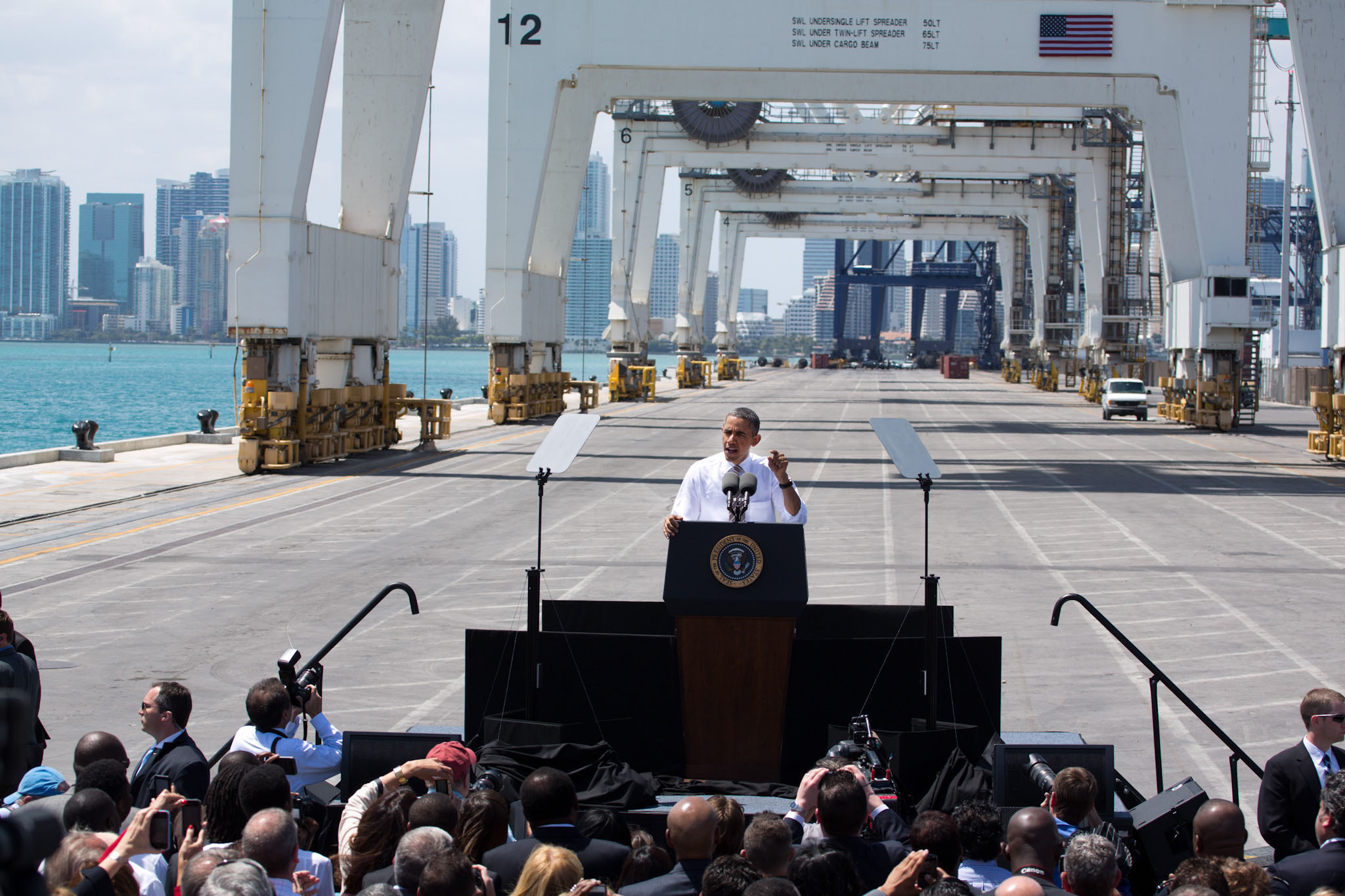 President Obama was in Florida today, where he got a chance to see the Port Miami tunnel project on Dodge Island. The project, which is the result of three years of work by over 500 employees and more than 6,000 sub-contractors and vendors, will connect the port to the interstate highway system more quickly and safely and will take over 1.5 million trucks out of the downtown area per year.

It is projects like this one, the President said in remarks following his tour, that will help reignite the true engine of our economic growth -- a rising, thriving middle class. "Projects like this create a lot of other good jobs, too," President Obama explained. "You ask any CEO where we they rather locate their business and hire new workers. Are you going to set up shop in a country that's got raggedy roads, runways that are pot-holed, and backed-up supply chains?  Or are you going to seek out high-speed rail, Internet, high-tech schools, new state-of-the-art power grids, new bridges, new tunnels, new ports that help you ship products made in America to the rest of the world as fast as possible? That's what people are looking for. That's what CEOs are looking for."

Despite real progress toward upgrading national infrastructure over the past four years, much work needs to be done if we are to prove to the world that there is no better place to do business than in the United States. As the President noted today, "we still have all kinds of deferred maintenance. We still have too many ports that aren’t equipped for today’s world commerce. We’ve still got too many rail lines that are too slow and clogged up. We’ve still got too many roads that are in disrepair, too many bridges that aren’t safe."

"We don’t have to accept that for America," he continued. "We can do better. We can build better. And in a time of tight budgets, we’ve got to do it in a way that makes sure taxpayer dollars are spent wisely." 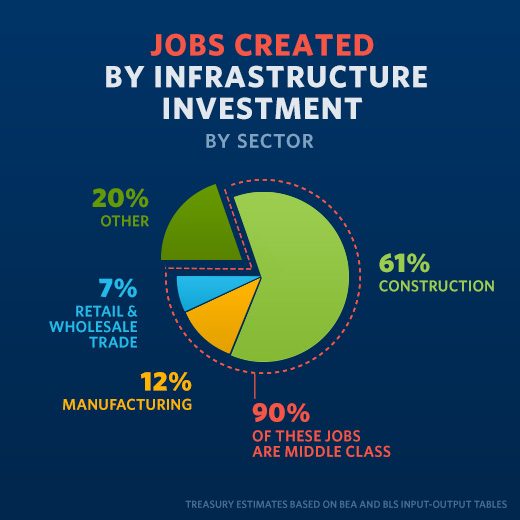 The President today laid out a plan that will create jobs while upgrading what our businesses need most -- modern ports to move our goods; modern pipelines to withstand a storm; modern schools worthy of our children. Called the Partnership to Rebuild America, this partnership with the private sector has three main components: creating an independent fund which would leverage private and public capital for infrastructure projects that show the greatest merit; fund more projects, at less cost, by establishing new America Fast Forward bonds which will give mayors and governors more flexibility and power to attract private investment for public projects; and strengthening a loan program (the Transportation Infrastructure Finance and Innovation Act  or TIFIA) that will give cities and counties better access to funds for infrastructure improvements.

Fixing our infrastructure is a non-partisan priority that has support from both the Chamber of Commerce and the AFL-CIO, and from mayors and governors from both parties. As President Obama said today, the Partnership to Rebuild America will create good jobs doing the work America needs done. "That’s how we’ll encourage more businesses to start here, and grow here, and hire workers here."