Be Healthy, Be Active, Be You: The 2013 White House Easter Egg Roll 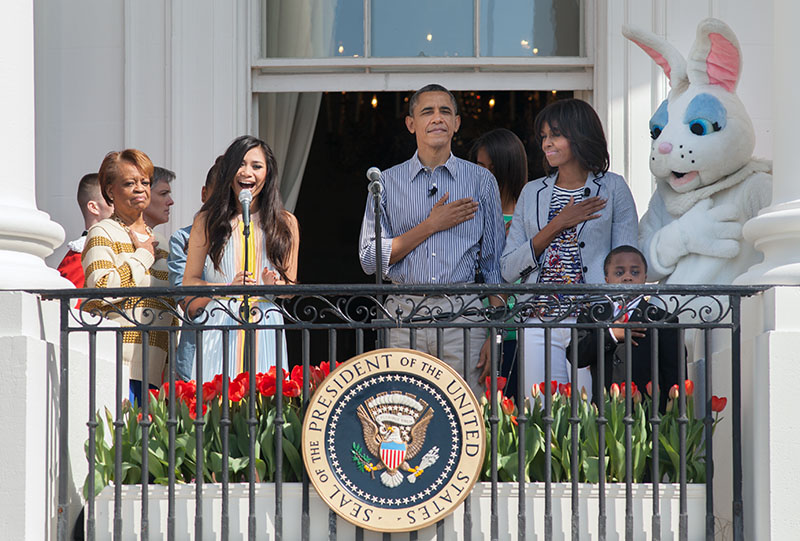 The First Family today welcomed more than 30,000 guests to the South Lawn for the 135th annual White House Easter Egg Roll. This year's theme, "Be Healthy, Be Active, Be You" was inspired by Let's Move!, and the day's fun included numerous opportunities for the young guests to get moving, from the traditional Egg Roll to the Eggtivity Zone, an obstacle course where players and coaches from professional sports teams taught kids how to play sports and showed them easy, fun ways to stay active and fit.

After being introduced to the crowd from the Blue Room Balcony by "Kid President" Robbie Novak, President Obama, First Lady Michelle Obama and their daughters Malia and Sasha headed over to cheer on some of the youngest visitors as they raced down the Lawn in the Egg Roll. The President and Bo then made their way to the Storytime Stage where he gave a dramatic reading of "Chicka Chicka Boom Boom", calling it "one of my favorite books." Next up for the President was a drop by at the White House basketball court, where he joined some of the Washington Wizards in throwing the ball around with kids. 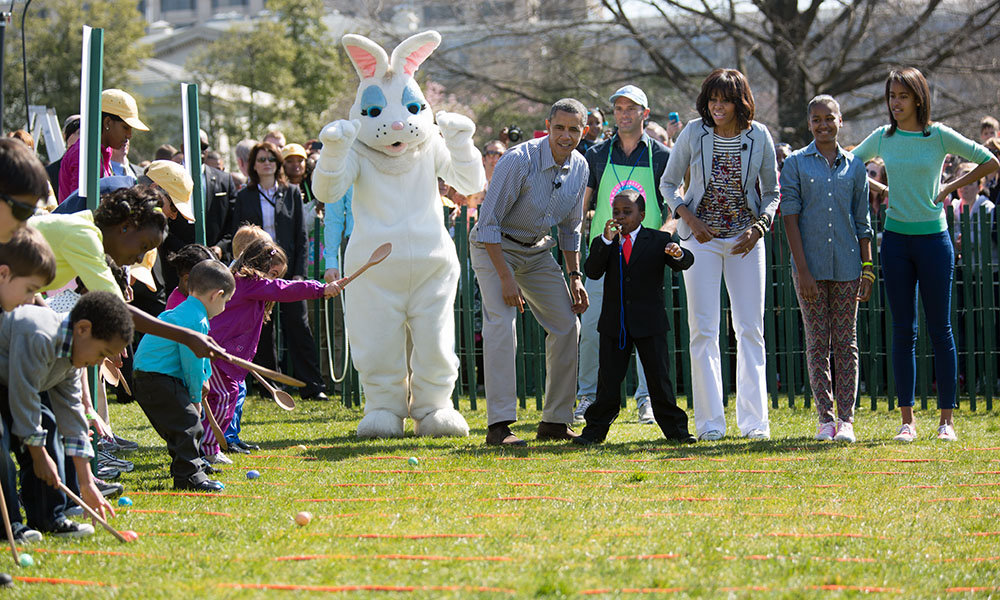 Mrs. Obama stopped by the Kids Kitchen stage in the Play With Your Food section, where top chefs were giving families tips on cooking healthy meals at home, and offering demonstrations on how to prepare some of their favorite simple dishes. The First Lady joined chef Anne Burrell and Al Roker on the stage before making her way over to the Storytime Stage to listen in as Malia and Sasha read "Brown Bear Brown Bear, What do you See," by Bill Martin Jr. to the gathered children. Mrs. Obama then sat with Bo to read "Cloudy with a Chance of Meatballs" by Judi Barrett, and talked with the kids about the message of the popular picture book.

Other highlights of the day included performances by Jordin Sparks, Austin Mahone, Coco Jones, Sesame Street, and The Wanted on the Rockin’ Egg Roll Stage, Jessica Sanchez singing the National Anthem, and readings by Danica Patrick, Gordon and Abby from Sesame Street, the full cast of Super Sprowtz, The Wanted, and actress Quvenzhané Wallis on the Storytime Stage. 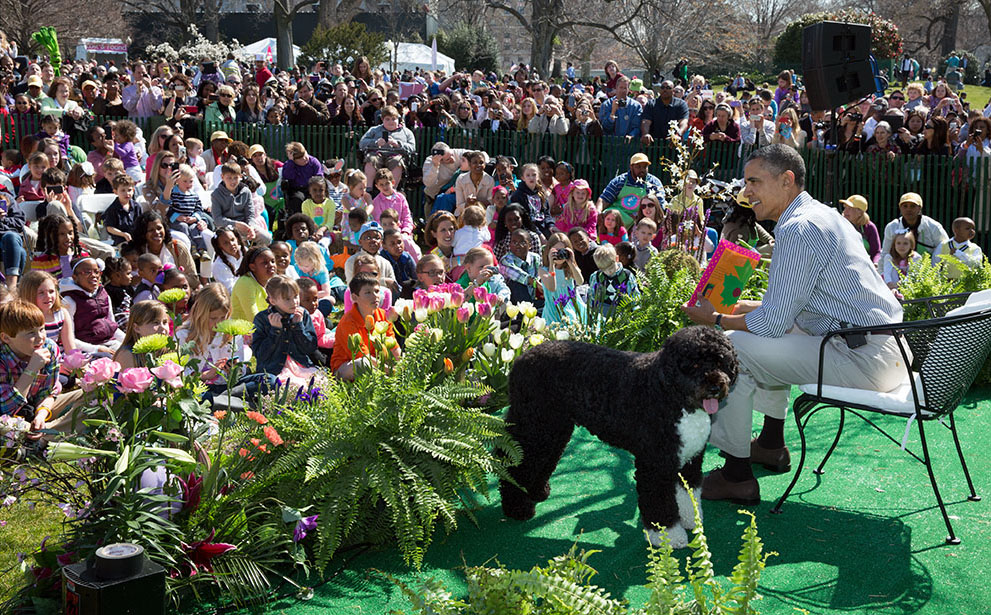