President Obama: Requiring Background Checks for Anyone Who Wants to Buy a Gun is Common Sense

April 3, 2013 at 7:00 PM ET by Megan Slack
Twitter Facebook Email
Summary:
President Obama asks the American people to continue calling on Congress to vote on a set of common-sense proposals to help reduce gun violence, including closing loopholes in the background check system to keep guns out of the hands criminals and others who should not have access to them. 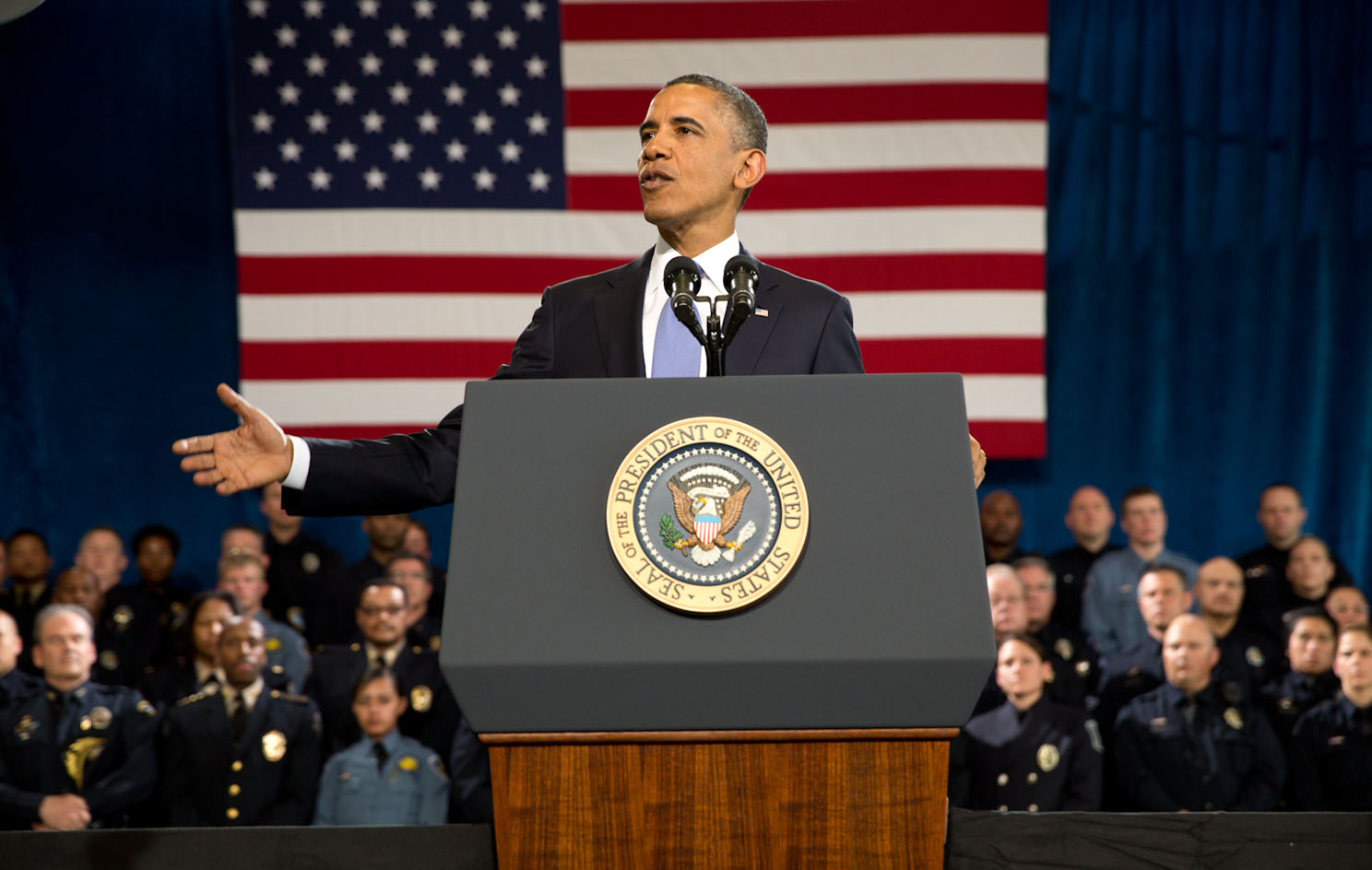 Today in Colorado, President Obama asked the American people to continue calling on Congress to vote on a set of common-sense proposals to help reduce gun violence, including closing loopholes in the background check system to keep guns out of the hands criminals and others who should not have access to them.

Since the tragic shooting in Newtown, Connecticut prompted a national call for action just over 100 days ago, gun violence has killed more than 2,000 Americans. “Every day that we wait to do something about it, even more of our fellow citizens are stolen from our lives by a bullet from a gun,” President Obama said today.

Colorado – a state that’s experienced two of the worst mass shootings in U.S. history – has already taken action to prevent future violence. State officials worked together to enact tougher background checks that help keep guns out of the hands of dangerous people without infringing on the rights of responsible gun owners.

“There doesn’t have to be a conflict between protecting our citizens and protecting our Second Amendment rights,” President Obama said. “Colorado has shown that practical progress is possible.”

In the 20 years since it was first established, the national background check system has already kept more than 2 million dangerous people from buying a gun. But loopholes currently in the law let too many criminals avoid background checks entirely, President Obama said.

Closing those loopholes by requiring background checks for anyone who wants to buy a gun is one of the proposals President Obama put forward in January to help reduce gun violence. And as soon as next week, the Senate will get to vote on the matter.

Now, understand, nobody is talking about creating an entirely new system. We are simply talking about plugging holes, sealing a porous system that isn't working as well as it should. If you want to buy a gun, whether it's from a licensed dealer or a private seller, you should at least have to pass a background check to show you're not a criminal or someone legally prohibited from buying one. And that’s just common sense.

Right now, 90 percent of Americans support background checks that will keep criminals and people who have been found to be a danger to themselves or others from buying a gun.

And that’s what members of Congress need to hear from you. Right now, members of Congress are at home in their districts.  Many of them are holding events where they can hear from their constituents. So I'm asking anyone out there who is listening today, find out where your member of Congress stands on these issues.  If they're not part of the 90 percent of Americans who agree on background checks, then ask them why not.  Why wouldn’t you want to make it more difficult for a dangerous criminal to get his or her hands on a gun?

“If these reforms can keep one person from murdering dozens of innocent children, or worshippers, or moviegoers, in the span of minutes – isn’t that something worth fighting for?” President Obama asked. “I believe it is. That’s why I'm going to keep on working. I'm going to keep on giving it my best efforts. But I'm going to need your help.” 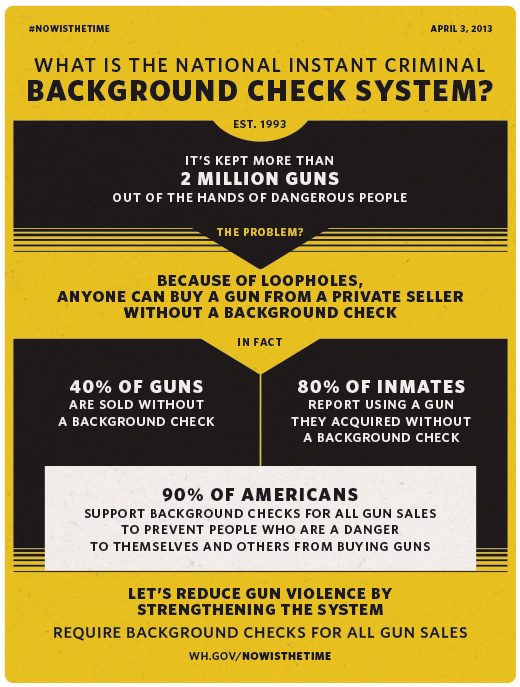