April 11, 2013 at 5:35 PM ET by Megan Slack
Twitter Facebook Email
Summary:
President Obama calls family members of the victims of the shooting at Sandy Hook Elementary School after the Senate voted to move a step closer toward considering legislation that will help reduce gun violence 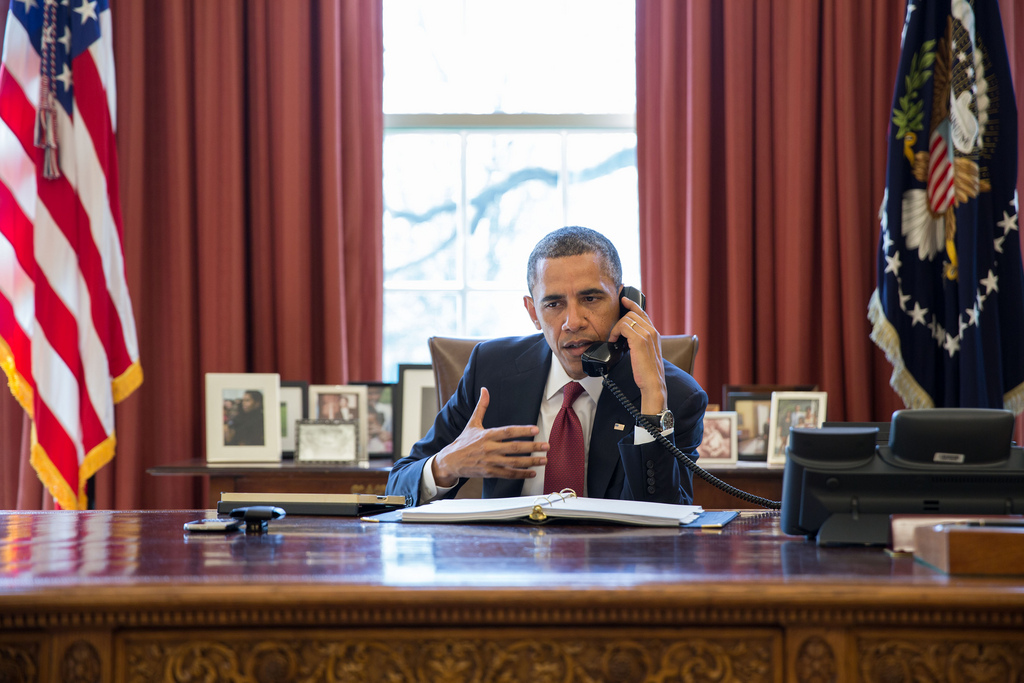 President Barack Obama talks on the phone with Nicole Hockley and families of the victims of the Sandy Hook Elementary School shootings in Newtown, Conn., in the Oval Office, April 11, 2013. (Official White House Photo by Pete Souza)

Today, the Senate voted to move a step closer toward considering legislation that will help reduce gun violence. Shortly after the vote, President Obama made a call to family members of the victims of the shooting at Sandy Hook Elementary School.

Press Secretary Jay Carney said in this morning’s press briefing that "the President congratulated the families on this important step forward, noting that the bipartisan progress would not have been possible without their efforts. He reiterated that much work remains, and pledged to continue fighting for the votes they deserve."

The families are currently here in Washington, D.C. to ask Congress to pass common-sense measures to reduce gun violence.

President Obama is calling on all everyone who wants to prevent future tragedies like the one that happened at Sandy Hook to stand up and make their voices heard.

“Now is the time for everybody to make their voices heard from every state house to the corridors of Congress,” he said in a speech on Monday.

If you want the people you send to Washington to have just an iota of the courage that the educators at Sandy Hook showed when danger arrived on their doorstep, then we’re all going to have to stand up.

And if we do, if we come together and raise our voices together and demand this change together, I’m convinced cooperation and common sense will prevail.  We will find sensible, intelligent ways to make this country stronger and safer for our children.

You can make your voice heard by joining the White House call for action on social media. Learn more here. Or, click here to learn more about President Obama's proposals to help reduce gun violence.