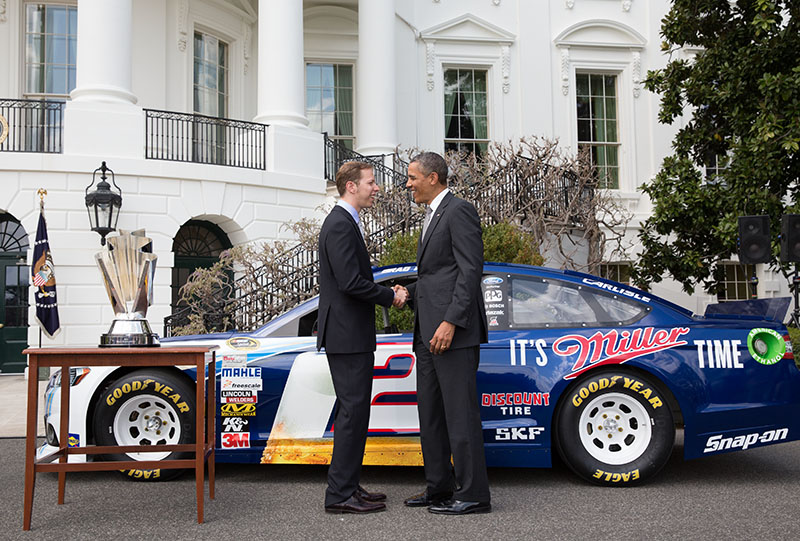 President Barack Obama talks with Brad Keselowski in front of his car during an event celebrating his NASCAR Sprint Cup Series championship, on the South Lawn of the White House, April 16, 2013. (Official White House Photo by Pete Souza)

The President began the event by noting that “our minds right now are very much with our fellow Americans, and fans and competitors from all over the world, who woke up yesterday and went to run and cheer on at another terrific sporting event – the Boston Marathon.”

“People who have known Brad a long time aren’t surprised, I gather, that he’s up here,” President Obama said. “He practically grew up on the racetrack with his dad and uncle – tinkering on cars and working the crew for their family-owned race team before he got behind the wheel. He had it in his blood from the beginning – his racer’s mentality, his commitment to the team, and his belief that you’ve always got to keep pushing to be your best.”

The President also thanked Keselowski for his work with wounded warriors through a program called Race to Recovery, which recognizes the intense rehab wounded soldiers go through to come back from their injuries.

“Because for Brad, our veterans are an important part of his team,” President Obama said. “I'm going to quote him, ‘I couldn’t do what I do on the racetrack without these men and women making the sacrifices they do for me.’” 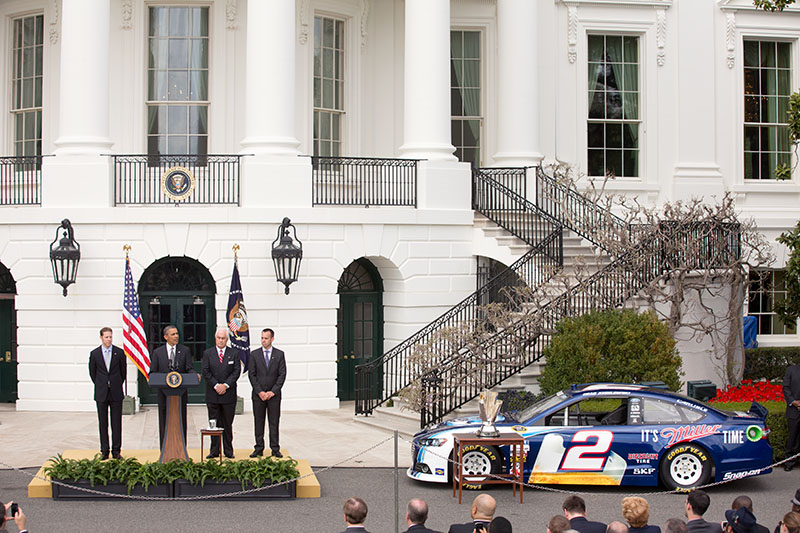