Nearly everyone in America has an immigration story to share. Our voices are louder when we speak together, so please share your stories and highlight the work that’s being done in your communities. Together we can achieve commonsense immigration reform. 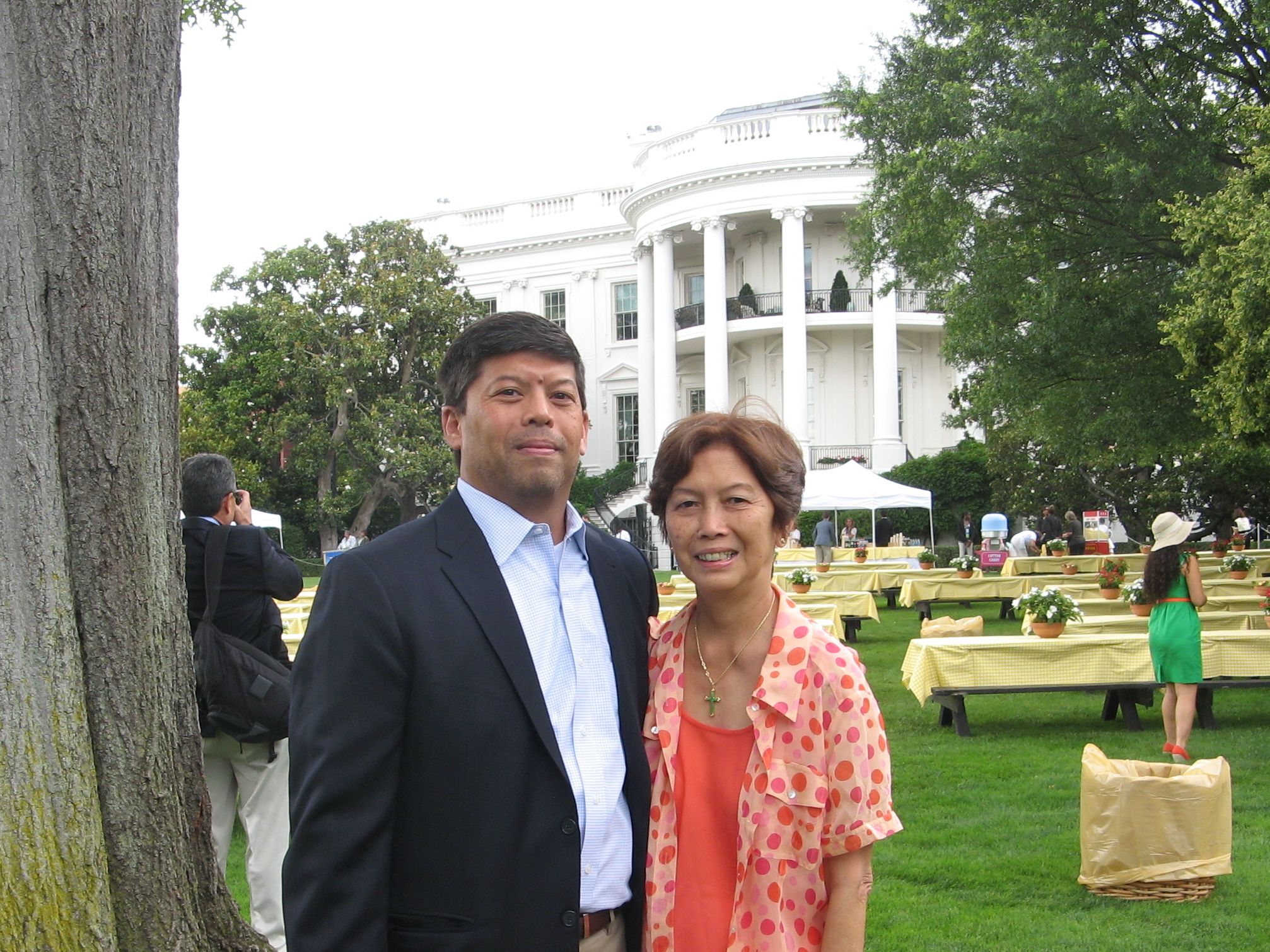 Hector and his mom, Lourdes P. Vargas, at the White House. (by Personal Vargas Family photo)

I speak a lot about a cross-country trek I took a few years ago during a job transition. For me, driving from the New York City metro area to San Francisco was not only a unique opportunity to see America, but also a pilgrimage to learn more about my own story as the son of immigrant parents.

I set out for Great Falls, Montana. Why Great Falls? Because in 1964 a young woman came alone from the Philippines to work as a nurse at Great Falls Deaconess Hospital.

This woman was not unlike many others from the Philippines and other countries that have a long legacy of nurses coming to America. But this woman is my mother, and like most immigrants to this country, she came here pursuing a dream to improve her life and her family’s.

As a child, I remember seeing photos of my mother in the snow and in front of the state capitol in Helena, Montana. I wondered why she would endure such a vast difference in weather and, of course, culture. Luckily for her, she and the other nurses from the Philippines involved in the program in Great Falls created a small community for themselves, living together in a house where they could share meals and their new experiences.

She later moved to Chicago, Illinois, where she met my father, and our growing family moved to Atlanta, Georgia and then Homestead, Florida. All the while, she continued her career caring for others who were sick and in need, and raising four children.

In 1986, my mom became a nurse at the Miami VA Medical Center, caring for veterans and directly giving back to the country that had not only become her home but also where she had become a citizen. She was honored for her service at the VA just a few years later with the VA Hands and Hearts Award given to “the employee involved in direct patient care who does the most to exercise professional expertise, to provide emotional support, help and guidance to patients.”

At 71, her career as a VA nurse is still going strong, although retirement and spending more time with her own mother and granddaughter is in her near future. Her friends and colleagues at the VA, many of them representing a new wave of immigrants, threw her a party last month to help her celebrate her 50th year as a nurse.

I think often of my trip to Great Falls where I saw the places my mom first worked and lived in the United States—the hospital that’s now an assisted living facility and the house just down the street where she and other Filipina nurses lived.

Asian Americans and Pacific Islanders (AAPIs) have much at stake when it comes to commonsense immigration reform. Three-quarters of our community members are foreign-born and AAPIs naturalize at the highest rates of those who choose to become American citizens. My mom’s story is not unique. Her story shares the characteristics of so many immigrants who have come here looking for opportunity and in the process have given back so much. These are stories of hard work, love of family, building community and finding home.

Hector Leonard Perez Vargas Jr. is a member of the President’s Advisory Commission on Asian Americans and Pacific Islanders.  He is also Executive Director of the Gay & Lesbian Medical Association (GLMA).