April 26, 2013 at 2:37 PM ET by Megan Slack
Twitter Facebook Email
Summary:
President Obama speaks at the Planned Parenthood Conference and reaffirms the core principle that has guided the organization for nearly a century: that women should be allowed to make their own decisions about their own health. 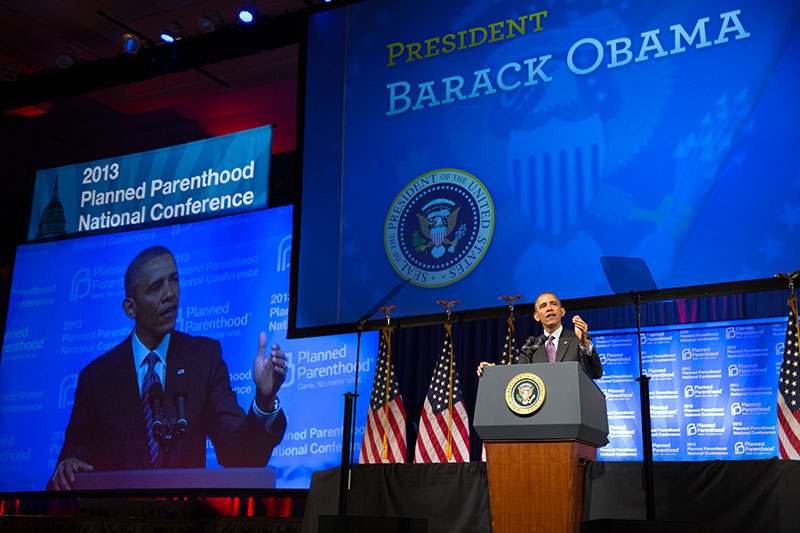 Today, President Obama spoke at the Planned Parenthood Conference in Washington, DC, reaffirming the core principle that has guided the organization for nearly a century: that women should be allowed to make their own decisions about their own health.

President Obama thanked the doctors, nurses, advocates and staff who work tirelessly to keep the doors open for the millions of women who depend on the health services Planned Parenthood offers.

When politicians threaten to cut funding for Planned Parenthood, they’re “talking about shutting those women out at a time when they may need it most -- shutting off communities that need more health care options for women, not less.”

“After decades of progress, there’s still those who want to turn back the clock to policies more suited to the 1950s than the 21st century,” he said. “And they’ve been involved in an orchestrated and historic effort to roll back basic rights when it comes to women’s health.”

When you read about some of these laws, you want to check the calendar; you want to make sure you’re still living in 2013.