Guest Blog: How IT Training for Troops Got Me on the Job Track

April 29, 2013 at 1:22 PM ET by Dan Wojciechowski
Twitter Facebook Email
Summary:
Today, First Lady Michelle Obama spoke at the White House Forum on Military Credentialing and Licensing, where she announced the IT Training and Certification Program. This program will offer Service members an opportunity to receive industry-recognized information technology (IT) certifications as they transition from military service. I know the potential of this kind of program from personal experience.

Dan Wojciechowski is a Washington National Guard Major who recently completed the IT Training and Certification Program pilot. The pilot provided him with the necessary licenses for a new position at Costco Corporate Headquarters, where he will start as an Information Security Analyst in June, 2013. 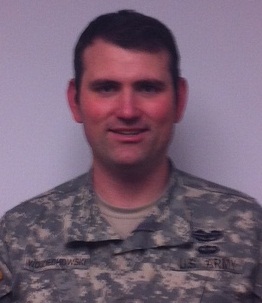 Today, First Lady Michelle Obama spoke at the White House Forum on Military Credentialing and Licensing, where she announced the IT Training and Certification Program. This program will offer Service members an opportunity to receive industry-recognized information technology (IT) certifications as they transition from military service. That announcement had special meaning for me. Last year I had the great honor of being asked to participate in the pilot for the IT Training and Certification Program as part of the President's Military Credentialing and Licensing Task Force, with the goal of finding ways to smooth Service members’ transition to working in the private sector. Today’s announcements by the First Lady showed that the work the Task Force has done is definitely going to make a difference for a growing number of Service members.

I know the potential of this kind of program from personal experience. I was part of the pilot program at Joint Base Lewis-McChord in Washington State, and it has already paid significant dividends for me. Through the pilot program I have now acquired several certifications that have been huge enablers for my transition into a civilian career. Basically, the training and certification processes helped align my military experience as a signal officer in the Washington Army National Guard with the business needs of employers who are looking for people with IT skills. With those certification credentials following my name on my resume, I got a solid job at Costco Wholesale, working as an Information Security Analyst.

There are two things that make this program great. First, the program works directly with industry partners to clearly identify the skills and credentials they’re looking for when hiring new talent. Second, it allows Service members to pick up several desirable certifications in a relatively short period of time; it’s a near-term solution to a near-term problem.

This initiative has enormous potential for service members transitioning to civilian life. I know this pilot is focused on IT but this model can help Soldiers transition into any industry that requires civilian credentials.  I highly encourage the Services to scale this program so that other Service men and women can get the help they need to secure rewarding civilian jobs, and I am encouraged to see the beginnings of efforts like this for other kinds of jobs, like in the medical professions, as the First Lady announced today.  This seems to me a great example of government and private businesses working together for a really good cause that can help Service members, businesses, and the national economy. I would highly recommend and encourage anyone who is eligible and making plans to transition from the military to civilian life to participate to the maximum extent that they can.

Read a fact sheet about the IT Training and Certification Program here.