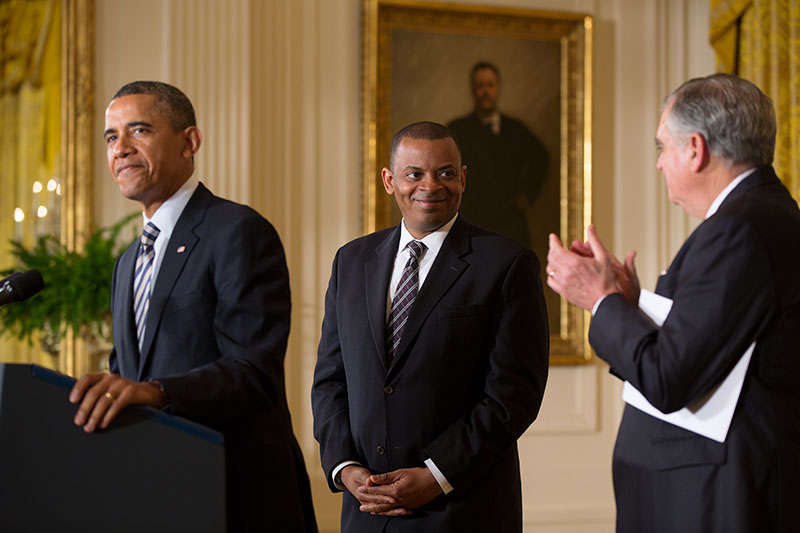 This afternoon, President Obama announced that he intends to nominate Charlotte Mayor Anthony Foxx as the next Secretary of Transportation.

If confirmed, Mayor Foxx will follow in the footsteps of one of the best Secretaries of Transportation ever, Secretary Ray LaHood. During Secretary LaHood’s tenure, he has been a tireless advocate for rebuilding America’s infrastructure and creating good jobs that strengthen the economy.

As the President shared in his remarks, one of the things that Secretary LaHood understands well is the value of establishing strong relationships with the nation’s mayors, governors and county officials. In continuing that tradition, the President noted that Mayor Foxx has “the respect of his peers, mayors and governors all across the country.”

As leader of one of America’s most vibrant cities, Mayor Foxx has a record of delivering on transportation. Since he took office, Charlotte has broken ground on a new Streetcar Project, expanded the international airport, and extended the city’s light rail system. He knows firsthand the importance of investing in transportation and how that investment can be a catalyst for job creation and greater opportunities for all residents.

Today, we thank Secretary Ray LaHood for his extraordinary service, leadership, and record of accomplishment.  Looking forward, we know that Mayor Foxx’s experience and deep knowledge of the impact of federal transportation policy on local communities will make him an extraordinary Transportation Secretary.