May 9, 2013 at 1:25 PM ET by Rosye B. Cloud, Rosye Cloud
Twitter Facebook Email
Summary:
The US Army Warrior Transition Command supports the Army's commitment to the rehabilitation and successful transition of wounded, ill, or injured Soldiers. 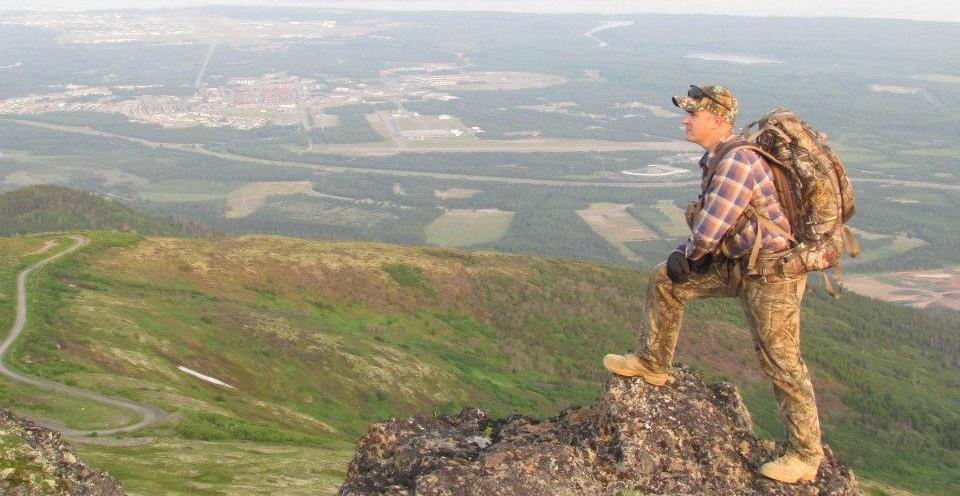 SFC Jason Folmar poses above Arctic Valley after leading a hike with the Soldiers of Warrior Transition Battalion – Alaska. The Soldiers of WTB-AK routinely take advantage of the Alaska wilderness to build physical fitness, resiliency, and an appreciation for nature. (Photo courtesy of MAJ Lina Villar, WTB-AK)

The successful transition of our wounded, ill, or injured soldiers is a commitment the Nation made to our service members and is the primary mission of the US Army Warrior Transition Command.  In Alaska, there are two Warrior Transition Battalions (WTB) charged with the responsibility to assist wounded Soldiers through the rehabilitation and transition process.  Alpha Company at Joint Base Elmendorf-Richardson and Bravo Company at Ft. Wainwright have taken to heart their purpose and have posted a sign declaring their mission to “improve the life of each Soldier who walks through its doors.”

The successful transition of Soldiers assigned to WTB-Alaska is rooted in the amazing staff who works tirelessly to instill confidence and trust in the Soldiers assigned to the unit. When a Soldier arrives at the WTB, he or she is immediately assigned to a squad leader who serves as the Soldier’s sponsor, leader, and guide through the recovery process. Only non-commissioned officers with proven leadership abilities, effective coping skills, and certification from special training conducted at the Army Medical Department Center and School in Fort Sam Houston, Texas are serving as WTB Squad leaders on a two year assignment to the WTB.

Soldiers are assigned to the WTB for six months. During the first 24 hours, the Soldier (guided by their squad leader), and his or her family, receive briefings about the facilities, the personnel involved in the care and management of the Soldier, the expectations of the Soldier, and a general outline of what to expect in the coming months. Then within the first 30 days the Soldiers will develop a Comprehensive Transition Plan (CTP) establishing short-term and long-term goals to help them restore their overall health in six domains. The six domains include: physical health, emotional well-being, social relationships, family dynamics, spiritual health, and career. Although the Soldier is ultimately responsible for progress in each domain, the WTB staff is constantly there to offer support and assistance in each domain. 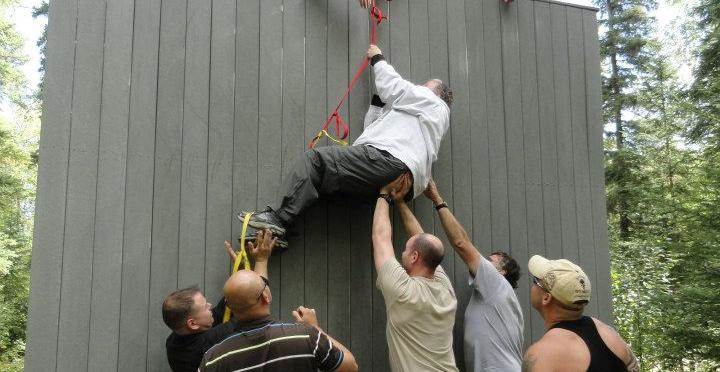 Along with the squad leader the Soldier is assigned a nurse case manager and a primary care provider (a doctor or physician).  This ‘team’ makes up the ‘Triad of Care’ and works alongside the Soldier’s company commander, a social worker, an occupational therapist, and other WTB professionals who interact with the Soldier. The team holds weekly meetings with the Soldier to allow a complete synchronization of effort, an examination of ongoing success, and they help build a mutually beneficial and trusting relationship between all the stake holders engaged in the Soldier’s care.

For Master Sgt. Marc Senzamici, a Soldier for 19 years who came to the WTB after his third combat deployment, working with his Triad of Care and adjusting to the WTB mission took several months. As a company 1st Sgt., Senzamici was used to taking care of the Soldiers in his unit and worked diligently with his Triad to transition to a mindset in which he was the one who needed the care himself.  The staff constantly reassures Soldiers their recovery is vital and they will do everything they can for them. Their support is not limited to normal business hours, nor is it only for the Soldiers. “Like the Soldier, their Family members never planned to have their loved one as part of the WTB so they are in transition too,” said Lt. Col. Jason Benefield, the Battalion Commander. 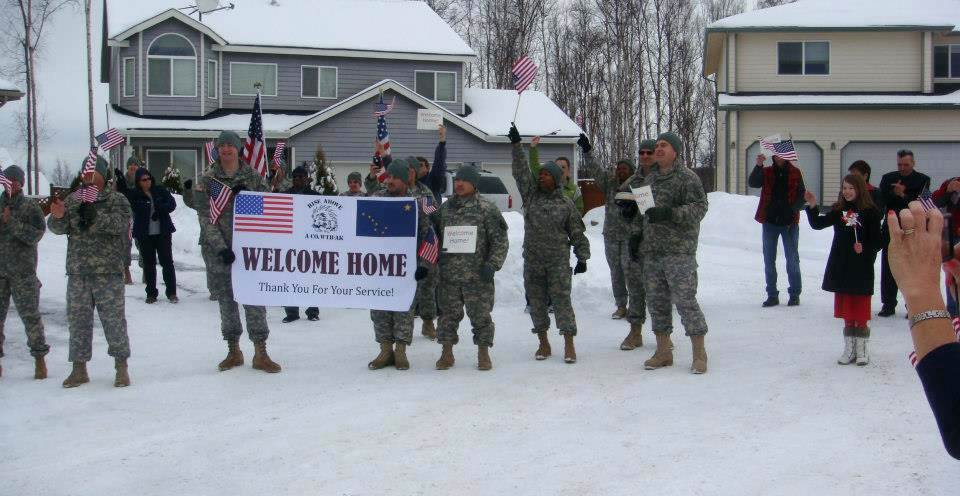 Soldiers and Cadre members of the Warrior Transition Battalion-Alaska conduct a ‘Welcome Home’ Ceremony for Mr. Peter Krzanowski a Vietnam Veteran. As part of ‘Operation Welcome Home’ the Soldiers and Cadre of the Warrior Transition Battalion – Alaska take time to thank prior Veterans in the Anchorage area. (Photo Courtesy of 1LT Katrina Fedd, WTB-AK)

The Soldier Family Assistance Centers (SFAC) located at both locations work closely with WTB Soldiers and Family members to provide support programs through the transition process.  The SFAC staff at Alpha and Bravo companies also act as liaisons with the civilian community outside their gates. They create partnerships with organizations and programs such as Equine Therapy, Alaska Healing Hearts, and the Elks Club. These partnerships not only provide therapeutic activities, but also allow Soldiers and Family members to enjoy some unique Alaskan experiences.

The unwavering dedication of the staff at WTB-Alaska is just an example of the commitment many have made to care for our wounded, ill, and injured service members, honoring the sacrifice they made for our freedom.