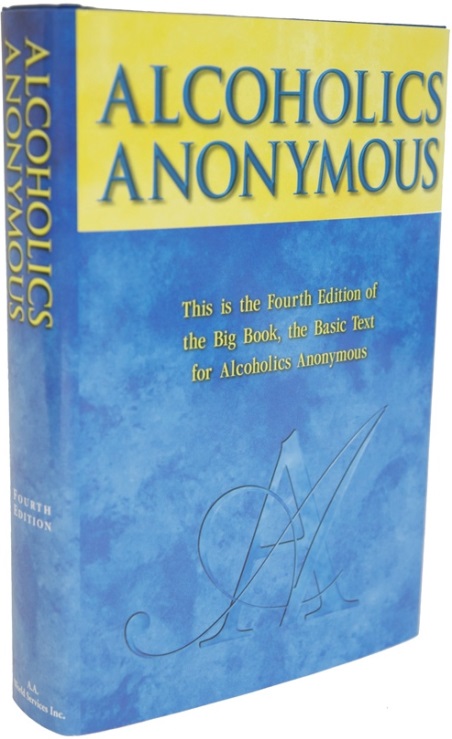 As part of national efforts to raise public awareness about recovery and maintain dialogue with diverse recovery community stakeholders, ONDCP Director Gil Kerlikowske visited the General Service Office of Alcoholics Anonymous (A.A.) in New York City. The Director toured the organization’s archives and met with the Board of Directors of A.A. World Services, Inc. (A.A.W.S.).

Founded in 1935, A.A. introduced the now widely known concept of the Twelve Steps as a path to recovery. The Twelve Steps have subsequently been adopted to support people recovering from a host of other addictions (e.g., Narcotics Anonymous), the family members of those with or in recovery from addiction (e.g., Al-Anon, Alateen, Nar-Anon), and individuals with dietary or weight issues (e.g., Overeaters Anonymous). A.A. estimates that as of January 2011, there were nearly 58,000 autonomous A.A. groups and 1.3 million members in the United States alone. Worldwide, it is estimated there are nearly 108,000 groups and 2.1 million members.[i]

Alcoholics Anonymous has a singleness of purpose. According to A.A.’s Fifth Tradition, “each group has but one primary purpose—to carry its message to the alcoholic who still suffers.” This does not mean that people who take part in A.A. meetings don’t have other problems, including addiction to drugs.  Rather, it reflects the understanding that it is through a singleness of purpose that A.A. can best accomplish the mission for which it was established. People with co-occurring alcohol and drug problems are welcome to take part in A.A. meetings, provided the focus of their participation is addressing their alcohol problem. Research indicates, in fact, that approximately one in eight alcoholics are also addicted to drugs, and that more than half of those addicted to drugs are also addicted to alcohol.[ii]

Prior to meeting with the A.A.W.S. Board, Director Kerlikowske toured the A.A. Archives, which feature letters from U.S. presidents recognizing Alcoholics Anonymous for helping countless Americans regain health and happiness through its program of recovery from alcoholism. The archive also features the Lasker Award, presented to A.A. in 1951 by the American Public Health Association “in recognition of its unique and highly-successful approach to … alcoholism;” and a copy of the Hughes Act, the 1970 Congressional Bill that recognized alcoholism as “an illness or disease that requires treatment.” The bill also provided for the establishment of the National Institute on Alcohol Abuse and Alcoholism and was followed by legislation leading to the creation of the National Institute on Drug Abuse.

During the Board meeting, Director Kerlikowske described ONDCP policies, priorities, and activities in the recovery domain. After concluding his remarks, a member of the A.A. World Services staff explained the manner in which A.A. cooperates with professionals in order to help serve the still-suffering alcoholic. A discussion of potential avenues for cooperation between ONDCP and A.A. ensued. Following the discussion, the A.A.W.S. Board presented the Director with a signed copy of A.A.’s basic text, Alcoholics Anonymous, commonly known as “The Big Book.” The Library of Congress recently included the Big Book in an exhibition entitled “88 Books that Shaped America.”

As an organization, A.A. holds no affiliation with any outside group and does not endorse or oppose any cause. However, it does interact with professionals in a number of ways. For example, it accepts referrals. According to the most recent A.A. Membership Survey, 40 percent of members were referred to meetings by a healthcare professional. The group also encourages members to be of service to other alcoholics.  Members  organize meetings and share their experiences and insight with those under professional care seeking to recover from alcoholism. Members also conduct informational meetings or presentations for professionals interested in learning what A.A. is and what it is not.

Those wishing to learn more about A.A. can contact a local central office or intergroup for open A.A. meeting information; observe open A.A. meetings and talk to people in A.A. about their recovery and A.A. experiences; read A.A. literature, including The Big Book of Alcoholics Anonymous, Twelve Steps and Twelve Traditions, and numerous pamphlets designed specifically for professionals; or subscribe to the free About A.A. newsletter or the monthly magazine A.A. Grapevine or its Spanish-language edition,La Viña.