May 11, 2013 at 2:19 PM ET by Matt Compton
Twitter Facebook Email
Summary:
President Obama welcomes a group of the nation's best police officers to the White House to celebrate their service and heroism. 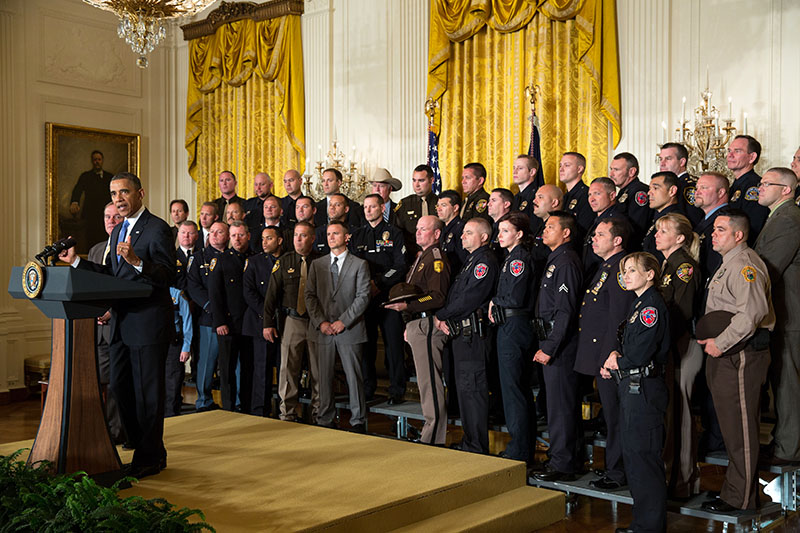 Today President Obama welcomed a group of the nation's best police officers to the White House to celebrate their service and heroism.

"We don't always get that opportunity to stand and applaud the men and women who keep us safe," he said from the East Room. "But they're out there, hundreds of thousands of you, patrolling our streets every single day. And we know that when we need you most, you’ll be ready to dash into danger, to protect our lives even if it means putting your lives on the line. That's what these folks are all about."

The President celebrated more than 40 law enforcement officials -- including Lieutenant Brian Murphy, who was one of First Lady Michelle Obama's guests at the State of the Union earlier this year. Lt. Murphy was the first officer on the scene in response to the shooting at the Sikh temple in Oak Creek, Wisconsin last August.

"He fought back until help arrived and ordered his fellow officers, who are here today, to protect the safety of the Americans worshiping inside -- even though he was lying there bleeding from 12 bullet wounds," President Obama said. "When he was asked how he did it, he said, 'That’s just the way we’re made.'"

The TOP COPS are chosen by the National Association of Police Organizations each year after being nominated by their colleagues for noteworthy service.