May 21, 2013 at 5:41 PM ET by Julie Chavez Rodriguez
Twitter Facebook Email
Summary:
The President and the Vice President hosted a meeting today in the Oval Office with young immigrants, also known as DREAMers, as well as with the siblings and spouses of undocumented immigrants, to hear directly from people whose families are affected daily by our nation’s broken immigration system. 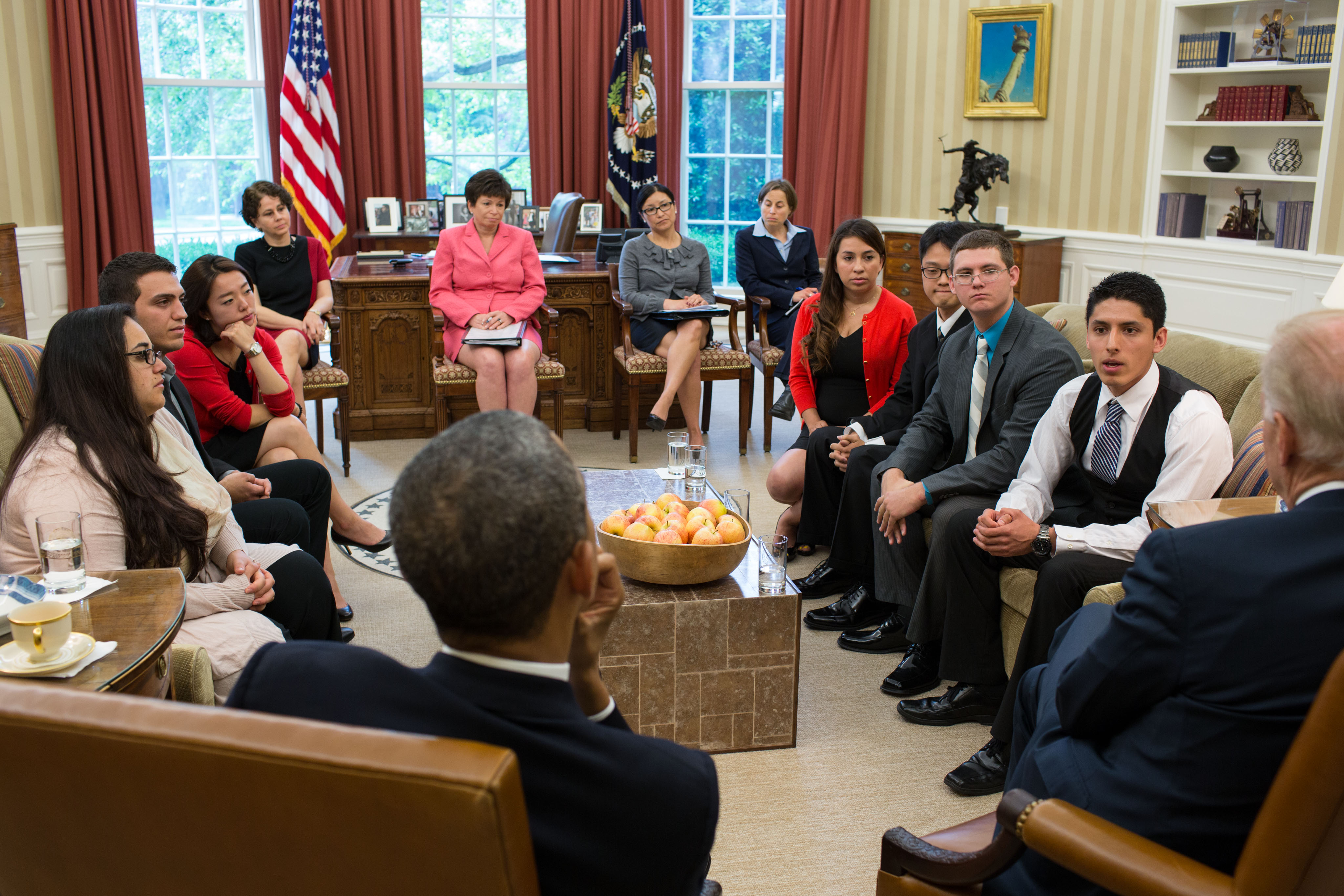 The President and the Vice President were moved by the stories of courage and determination these young immigrants shared. The DREAMers shared how the deferred action changed their lives for the better and emphasized that they and their families need a permanent solution that will allow them to fully contribute to the country they call home. Their stories were both powerful and authentic, inspiring us all to remember the important task and responsibility we carry as public servants and members of the Obama administration.

From Justino Mora, Angie Kim and Mehdi Mahraoui, to Diana Colin and Kevin Lee, all of the stories they shared were full of hope and optimism that one day their family members and their broader communities could realize the dream of becoming citizens of a country that has provided them with the opportunity to work hard and to succeed.

Miguel Leal and Melissa McGuire-Maniau also shared their commitment to this country as veterans of the US Armed Forces and all expressed their desire to continue to contribute as volunteers, mentors, and leaders in their own communities.

As the meeting was wrapping up, the President reiterated his commitment to passing a bipartisan, commonsense immigration reform bill this year. And while he reminded everyone in the room that the bill is not perfect, he noted that it does represent an important step towards the broad principles that need to be part of any immigration reform package. He also encouraged them to continue to share their stories with the American public to move the hearts and minds of individual leaders and to propel the immigration debate forward.

Julie Chavez Rodriguez is the Associate Director of Latino Affairs and Immigration for the Office of Public Engagement at the White House.