Building Opportunities in Indian Country: Congratulations to the Graduates of Navajo Technical College 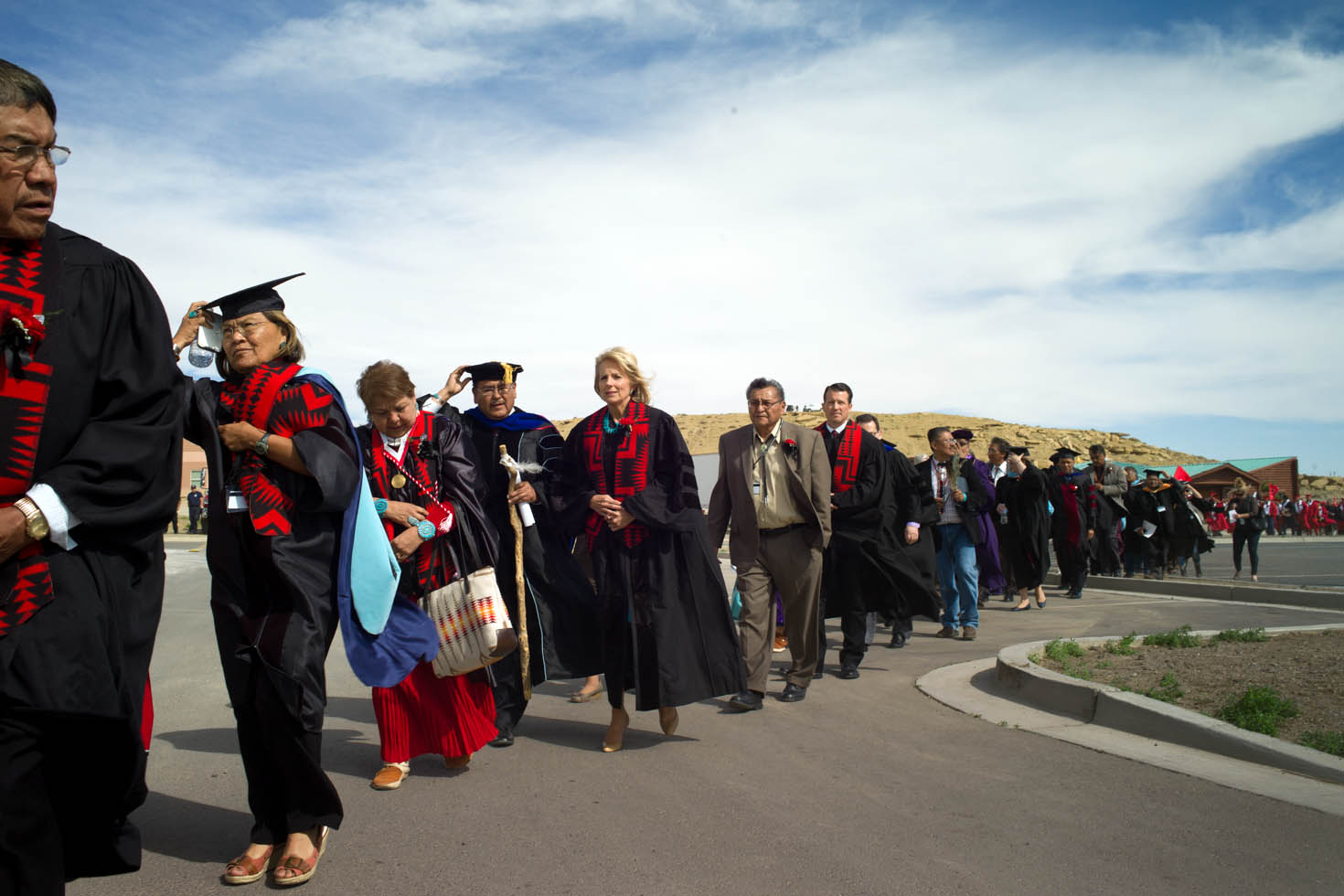 Dr. Jill Biden walks with the procession of graduates of the Navajo Technical College Class of 2013, Navajo Tech President Elmer Guy, Navajo Nation President Ben Shelly and the Board of trustees on the Navajo Tech campus in Crownpoint, New Mexico. May 17, 2013. (Official White House Photo by Chuck Kennedy)

On Friday, I had the honor of addressing a class of graduates at Navajo Technical College in Crownpoint, New Mexico. The Navajo Tech graduating Class of 2013 earned certificates in 34 fields that will provide the tools they need to serve their community as teachers, nurses, engineers, mechanics, bankers, chefs and countless other opportunities all made possible by their commitment and dedication to improving themselves through the pursuit of a higher education.

Tribal Colleges and Universities (TCUs) play a key role in President Obama’s educational goal of making the United States home to the best-educated, most competitive workforce in the world. TCUs are critical institutions that build tribal communities, create good jobs across Indian Country, and provide Native Americans with the skills they need to do those jobs.

As a community college teacher, I love seeing what a tremendous difference a community like the one I saw at Navajo Tech can make in the lives of its students.

The impressive class of graduates included veterans like Jerrilene Kenneth, who served in Iraq and Afghanistan as an Army mechanic, before she became the first college graduate in her family with an Associate Degree in Early Childhood Education. It also included Navajo Tech Student of the Year Sherwin Becenti, who dropped out of college more than ten years ago but returned to school in order to build a better life for his family and set a good example for his children. Dwight Carlston, who grew up with no running water or electricity, was also among the graduates. Dwight maintained a 3.8 grade point average, ran cross country, served as Student Senate President and was recently elected as the Student Congress president of all 38 tribal colleges.

The Class of 2013 also marked a key milestone for Navajo Tech itself as they celebrated their first student to graduate with a Baccalaureate Degree.  Dody Begay received his Bachelor’s Degree in Information Technology-Computer Science – a path many other students are now planning to follow.

It is thanks to students like Jerrilene, Sherwin, Dwight, and Dody, and their dedicated faculty and administrators, that for the second year in a row Navajo Tech was recognized by the Aspen Institute as one of the top 120 community colleges in the United States. It was the only TCU and the only college in New Mexico to receive this distinction.

During my trip to the Navajo Nation, I also had the privilege of taking part in a traditional blessing by Medicine Man Robert Johnson who shared the traditions and spirituality of the Diné people. Navajo Nation President Ben Shelly and his wife First Lady Martha Shelly also provided a wonderful welcome to their community with an introduction to the leadership of the tribal government. Students from the Diné Bi Olta Language Immersion Elementary School and Miyamura High School performed the traditional basket and ribbon dances at the Navajo Nation Museum in Window Rock, Arizona. 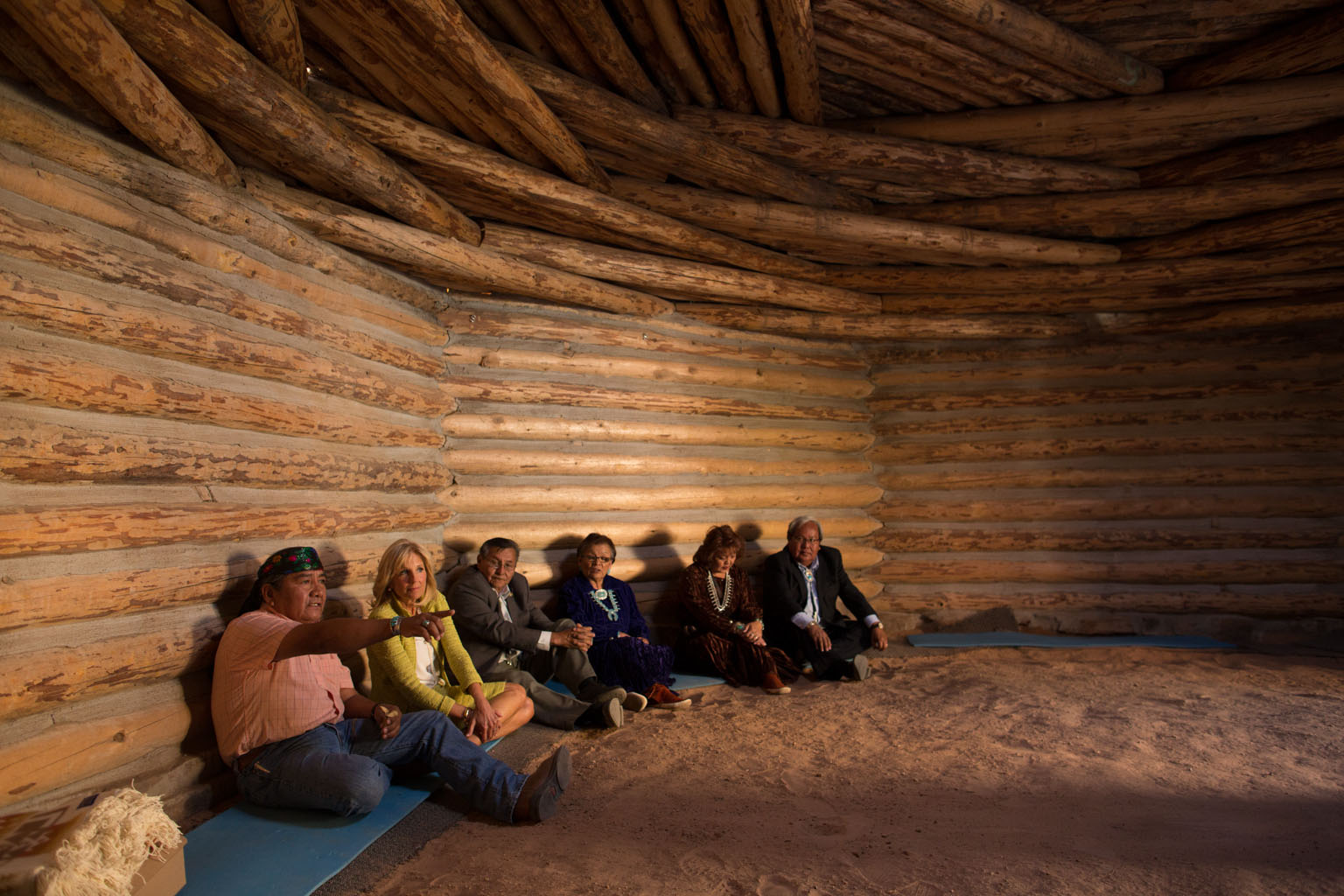 Thank you to the Navajo Nation, and the faculty, staff and students of Navajo Technical College for welcoming me into your community. Your drive to improving yourselves and the generations who will follow you through a continued commitment to education sets an example for not just Indian Country, but for communities all across America. Congratulations to the graduates of 2013. But above all, congratulations to your parents, your grandparents and your ancestors for having the vision and commitment to strengthen their community by building your college and investing in all of our futures.

Dr. Jill Biden is the wife of Vice President Joe Biden, a mother and grandmother, a lifelong educator, a proud Blue Star mom, and an active member of her community.