First Lady Michelle Obama: "I want to urge you guys to keep on working hard every single day."

May 24, 2013 at 4:08 PM ET by Tina Tchen
Twitter Facebook Email
Summary:
The First Lady and actress Kerry Washington visited the Savoy School, a school in D.C. selected last year for the Turnaround Arts Initiative at the President's Committee on the Arts and the Humanities.

Today, the First Lady and actress Kerry Washington visited the Savoy School in Anacostia, one of eight schools selected last year for the Turnaround Arts Initiative at the President’s Committee on the Arts and the Humanities. Through the initiative, these high-poverty, traditionally underperforming schools are using the arts to dramatically improve the culture and climate and to bolster academic success for their students. 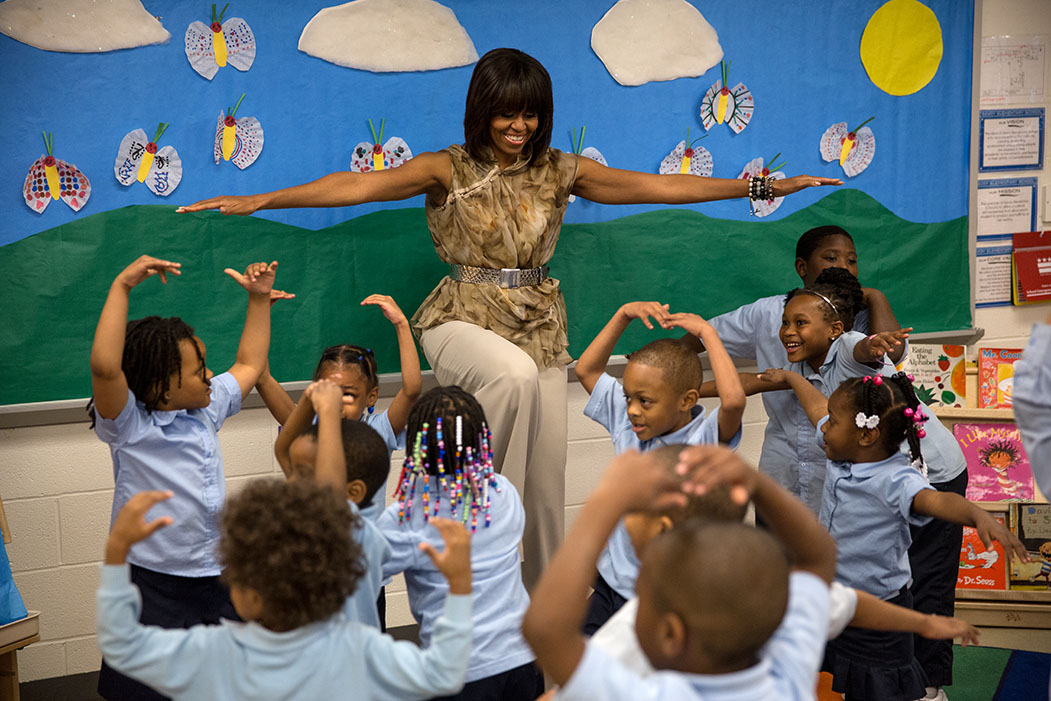 Once the lowest performing school in the district -- less than a fourth of its students were proficient in reading and math in 2011 -- Savoy is already showing significant signs of success. Test scores are rising, enrollment is up 18%, student and teacher attendance is up, and due to the recent progress, the school is developing a cadre of new community and fine arts partnerships.

The First Lady saw the school in action firsthand today. She first visited a few classrooms, playing freeze dance with 4 and 5 year olds, and checking out art projects that a fifth grade class was working on. Then the First Lady watched the students perform “Who Put the Bomp” in their poodle skirts and “Yes We Can,” which got the whole crowd clapping and swaying along.

Speaking to the students, the First Lady said:

"When you work hard and you invest thousands of hours in anything, you get better.  And that’s what you guys are learning here at Savoy.  Hopefully you are learning that with your math, with your reading, with your dancing, with your singing, it's about the amount of effort that you want to put into anything." 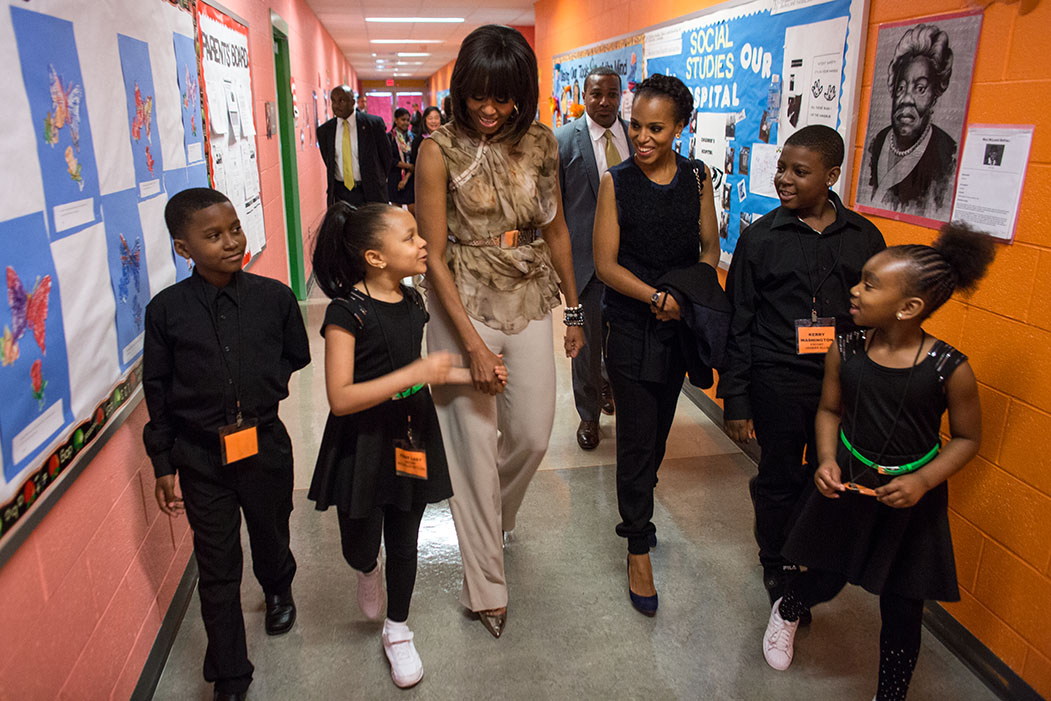 First lady Michelle Obama and Kerry Washington are escorted between classes by students at the Savoy Elementary School in Washington, D.C., May 24, 2013. (Official White House Photo by Lawrence Jackson)

For the grand finale, Kerry Washington, a member of the President’s Committee on Arts & Humanities and a mentor to the Savoy School, joined in on the performance and danced the Lindy Hop with the kids -- she even did a few cartwheels across the stage.

To learn more about the Turnaround Arts Initiative, visit http://turnaroundarts.pcah.gov/