President Obama Tours Tornado Damage in Moore, Oklahoma: "We've Got Your Back"

May 26, 2013 at 3:12 PM ET by Ezra Mechaber
Twitter Facebook Email
Summary:
In his visit to Oklahoma following the devastating tornadoes, President Obama promises the people of Moore that America is standing by to help rebuild.

It was just one week ago that tornadoes tore through Oklahoma, devastating the town of Moore.

The President thanked Oklahoma Governor Mary Fallin and Mayor Glenn Lewis of Moore for their quick, outstanding response, and praised other local officials instrumental in helping to save lives and jumpstart the town's recovery efforts.

President Obama highlighted the everyday acts of heroism in Moore, thanking first responders and volunteers for embodying the "Oklahoma Standard":

We’ve seen incredible outpourings of support from churches, from community groups who are helping folks begin to recover.

This area has known more than its share of heartbreak. But people here pride themselves on the “Oklahoma Standard” –- what Governor Fallin has called, “Being able to work through disasters like this, and [to] come out stronger on the other side.” And that’s what we’ve been seeing this week.

From the forecasters who issued the warnings, to the first responders who dug through the rubble, to the teachers who shielded with their own bodies their students, Oklahomans have inspired us with their love and their courage and their fellowship. 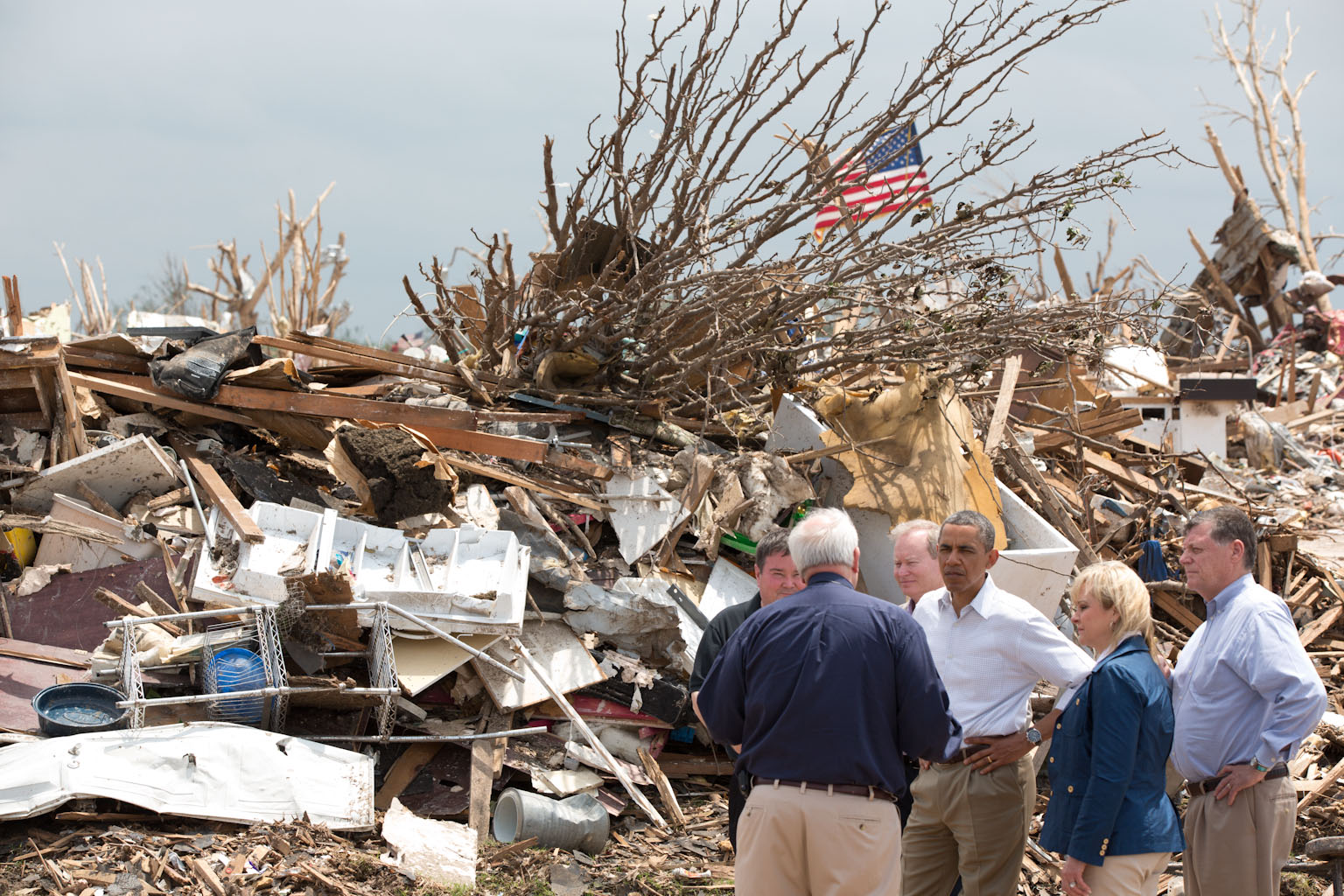 Moore, like Joplin and New Jersey before it, will rebuild -- and the nation is standing by to help. As President Obama said:

When we say that we’ve got your back, I promise you, we keep our word.  If you talk to folks in Alabama who have been affected over the last couple of years; you talk to the folks at Joplin, who I know have actually sent volunteers down here to Moore; if you talk to folks in New Jersey and New York, they’ll tell you that when we say we’re going to be there until you completely rebuild, we mean it.

The President closed by urging every American to step up and help the people of Oklahoma.

After visiting Plaza Towers, President Obama stopped by Moore Fire Department Station #1 to meet with first responders. The fire station has served as a command center throughout the disaster, first for search and rescue and now for survivor services. 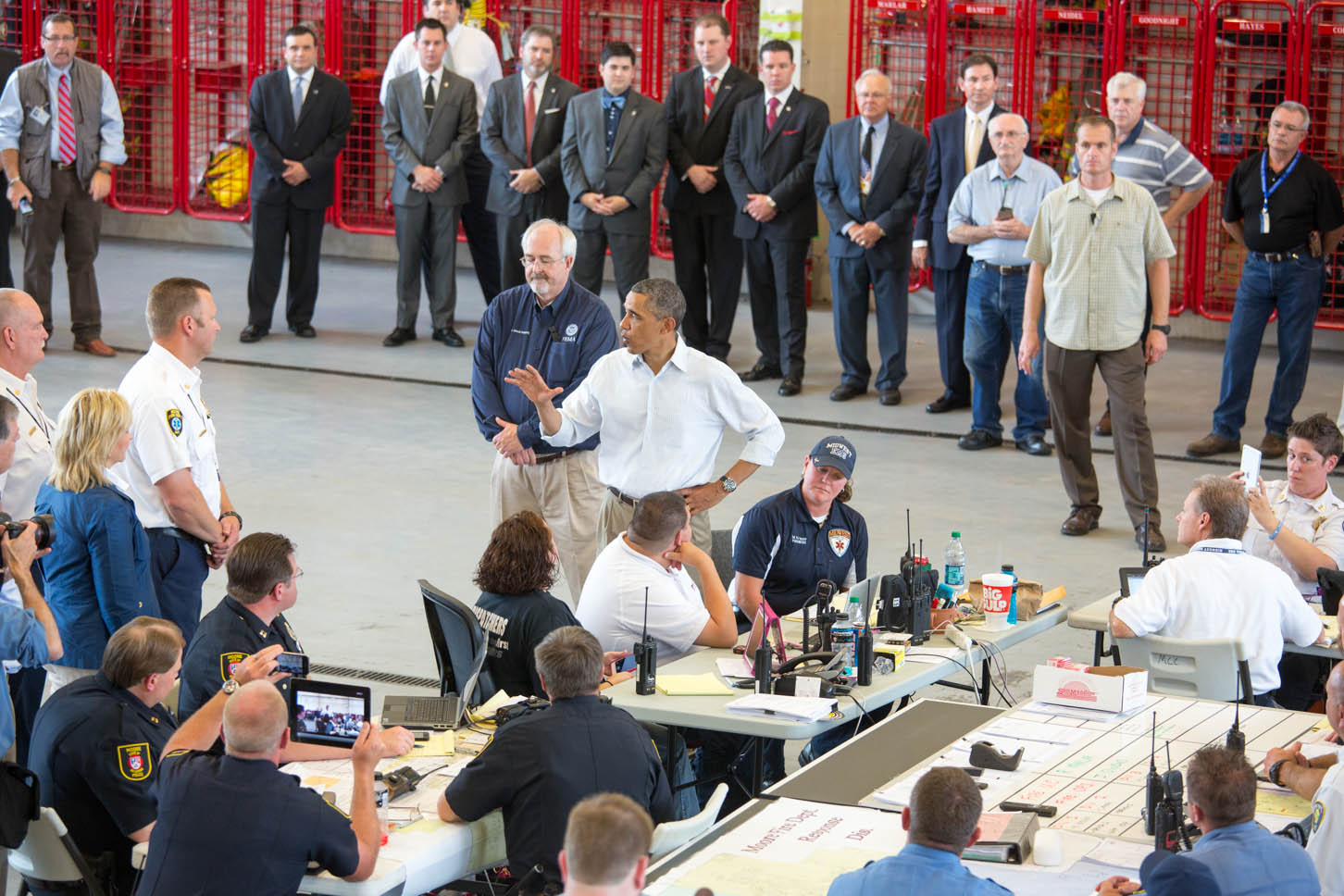 Ed. Note: You can help people affected by the recent tornadoes through American Red Cross Disaster Relief. If you are in the affected areas, click here to apply for assistance and learn about other resources that are available to you.