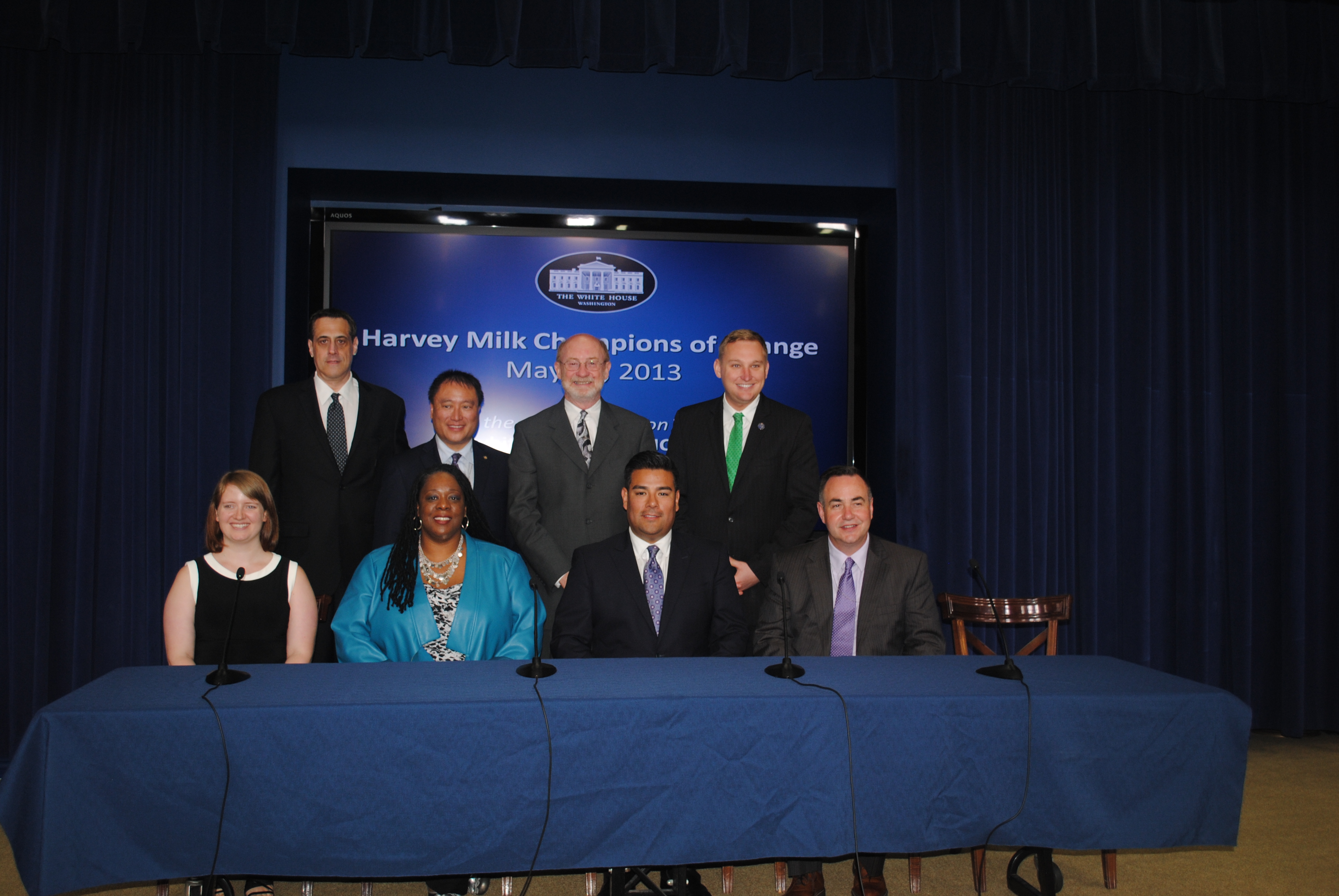 Earlier this week, the White House honored ten openly LGBT elected or appointed officials as “Harvey Milk Champions of Change.”  The event took place on May 22nd – Harvey Milk's birthday – and was intended to pay tribute to Harvey Milk’s life, leadership, and legacy.

Established in 2011, the White House Champions of Change program regularly spotlights Americans who are doing extraordinary things for their community, their country, and their fellow citizens.  The ten LGBT officials honored as Harvey Milk Champions were chosen for their strong commitment to both equality and public service.

In the words of Valerie Jarrett, Senior Advisor to the President, “When President Obama posthumously awarded Harvey Milk the Medal of Freedom in 2009, he praised his leadership and courage in running for office.  Today, we honor Harvey Milk’s legacy in these ten outstanding public servants, who will surely inspire the next generation of public servants.”

The following individuals were honored as Harvey Milk Champions of Change: