President Obama: "The Jersey Shore is back in business"

May 28, 2013 at 3:58 PM ET by Megan Slack
Twitter Facebook Email
Summary:
Thanks to extensive rebuilding efforts in the seven months after Hurricane Sandy, boardwalks, beaches and businesses up and down the Jersey Shore are ready to welcome summer visitors. 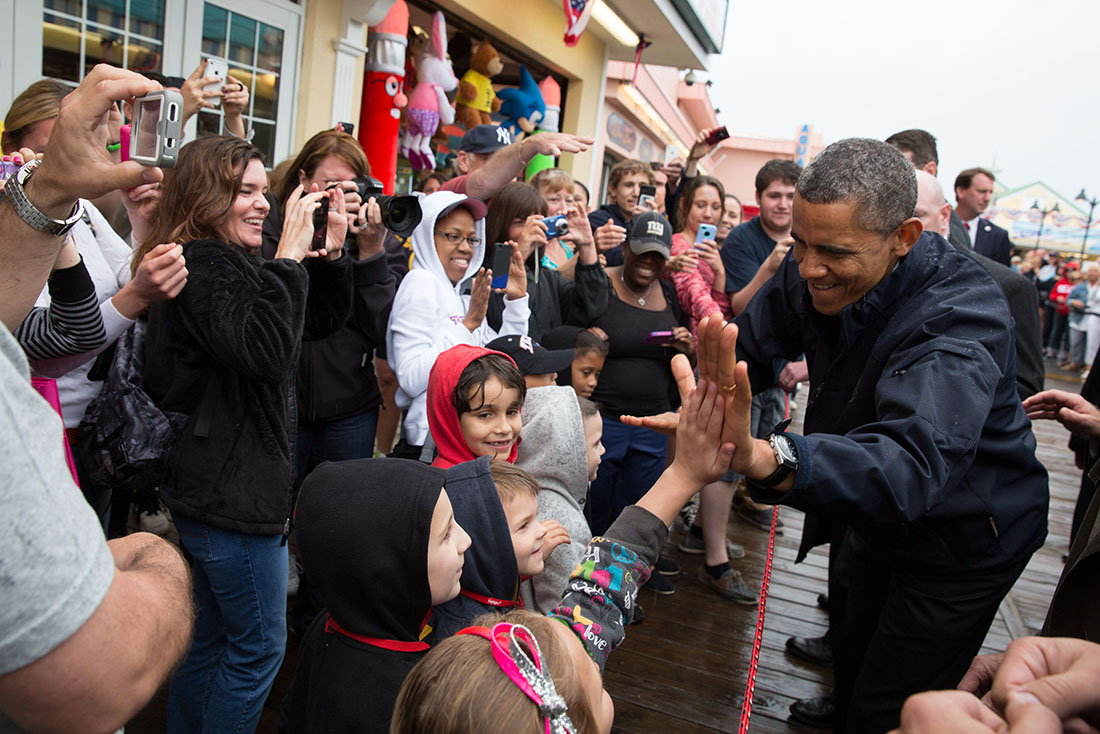 Today, President Obama took a trip to the Jersey Shore, where he visited with local families and business owners who are preparing for the 2013 summer season.

President Obama last visited New Jersey in November of last year to see firsthand the damage and destruction caused by Hurricane Sandy. But today, thanks to extensive rebuilding efforts over the last several months, boardwalks, beaches and businesses up and down the shore are ready to welcome summer visitors, as the President explained.

Now, we all understand there’s still a lot of work to be done. There are homes to rebuild. There are businesses to reopen. There are landmarks and beaches and boardwalks that aren’t all the way back yet. But thanks to the hard work of an awful lot of people, we’ve got wonderful shops and restaurants and arcades that are opening their doors. And I saw what thousands of Americans saw over Memorial Day Weekend: You are stronger than the storm. After all you’ve dealt with, after all you’ve been through, the Jersey Shore is back and it is open for business, and they want all Americans to know that they’re ready to welcome you here.

“If anybody wondered whether the Shore could ever be all right again, you got your answer this weekend,” President Obama said. "From Sea Bright to Bay Head, from Belmar to Seaside Heights, folks were hanging out on balconies and beaches. Shows were sold out at the Stone Pony. Kids were eating ice cream and going on rides, going and eating some more ice cream. Guys were trying to win those big stuffed animals to impress a special girl."

Since the storm hit, President Obama and his administration have worked with state and local officials to aid the recovery process, providing billions of dollars to families and governments across the region. And, because rebuilding efforts like those taking place in Sandy's wake are measured in years -- not weeks or months -- President Obama promised that help will continue until the work is done. 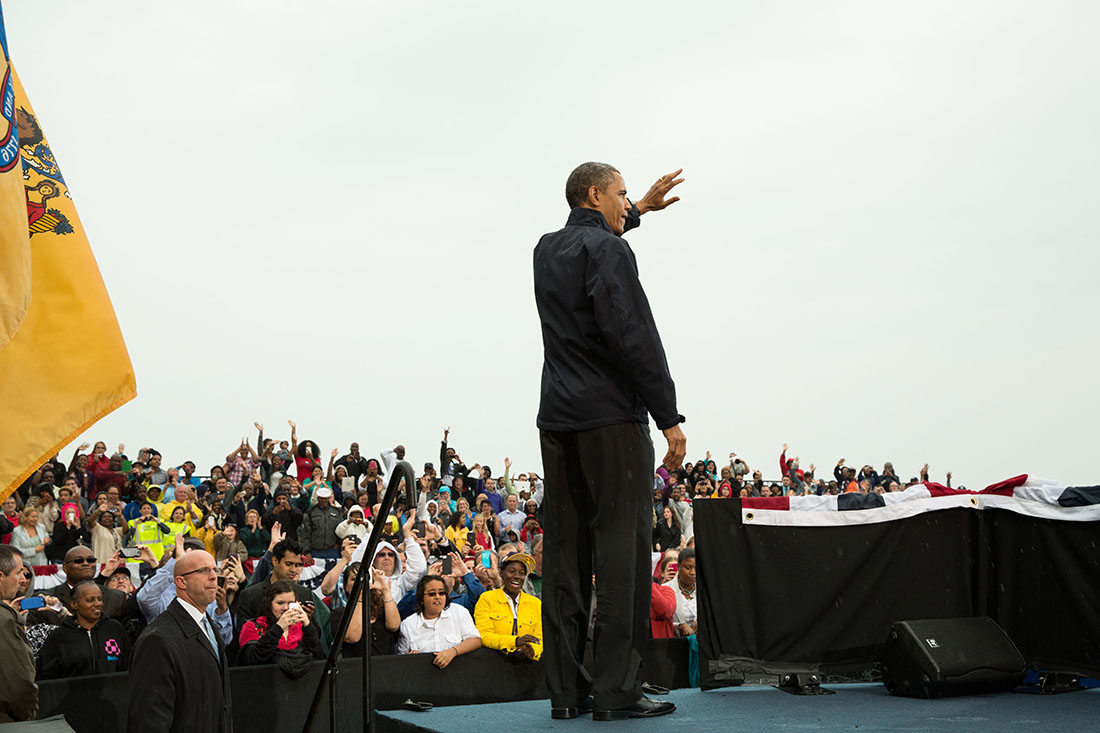 When we make a commitment that we’ve got your back, we mean it -- and we’re not going to finish until the work is done. Because that’s who we are. We help each other as Americans through the bad times, and we sure make the most of the good times.