May 30, 2013 at 12:46 PM ET by Megan Slack
Twitter Facebook Email
Summary:
A memo released today shows that, based on early reports, the Health Insurance Marketplace created by the Affordable Care Act is attracting new insurance choices and increasing competition for consumers, especially in states where it is really needed.

Today, many Americans who buy health insurance on the individual market have only a few options to choose from when selecting an insurance company. 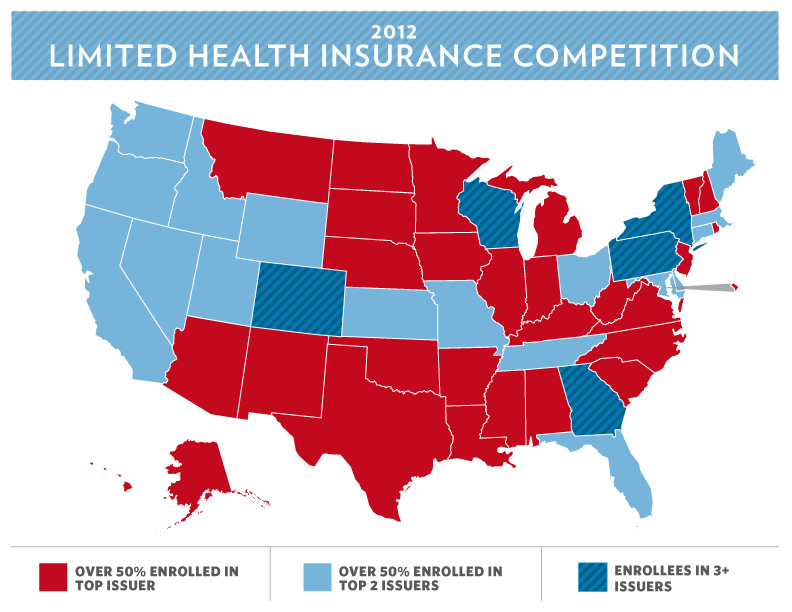 But here’s the good news: the Affordable Care Act is helping to drive competition and choices for consumers by creating a Health Insurance Marketplace that offers people more choice and control over their insurance choices.

A memo released today shows that, based on early reports, the Marketplace is attracting new insurance choices and increasing competition for consumers, all across the country.  In the states with early data, an estimated 80 percent of the people who will enroll in the Marketplace will have five or more different insurance companies to choose from, instead of just one or two.  On average, issuers plan to offer more than 15 qualified health plans per state, according to early reports.

These early results are consistent with the good news coming out of California, where 4 of the 13 insurers are newly offering coverage in the individual market.  And consumers in even the most rural parts of the State will have health plan options offered by at least 3 different insurance companies

And, unlike the current market – where people are often locked into a health plan due to their pre-existing conditions – starting in 2014, anyone can switch plans and, through the Marketplace, shop based on price and the level of coverage that fits their budget and needs. Individuals will also be able to learn, with a single application, whether they qualify for financial assistance such as a new kind of tax credit that lowers monthly premiums right away.

Check out the memo to learn more about how the Affordable Care Act is helping increase choice for consumers and competition among insurers.