May 31, 2013 at 1:42 PM ET by Matt Compton
Twitter Facebook Email
Summary:
President Obama returns to a familiar theme and calls on Congress to prevent federal student loan rates from doubling on July 1.

This morning, when President Obama called on Congress to prevent federal student loan rates from doubling on July 1, he returned to a familiar theme.

A year ago, we were in the same place -- just a few weeks out from seeing the average student with these loans racking up an additional $1,000 in debt.

So speaking from the Rose Garden, the President discussed his long-term plan to keep student loan rates from doubling, and give students and their families certainty about college costs. He asked the students and young people in attendance to speak out in favor of action on college affordability, just as they did in 2012.

"Last year, you convinced 186 Republicans in the House and 24 Republicans in the Senate to work with Democrats to keep student loan rates low," he said. "You made something bipartisan happen in this town that is -- that's a powerful thing. You guys were able to get Democrats and Republicans to vote for something that was important. So this year, if it looks like your representatives have changed their minds, you're going to have to call them up again or email them again or Tweet them again and ask them what happened, what changed?"

In his remarks, the President also made a broader argument: Increasing access to college isn't just good for the future of young people -- it's an imperative for the nation at large. 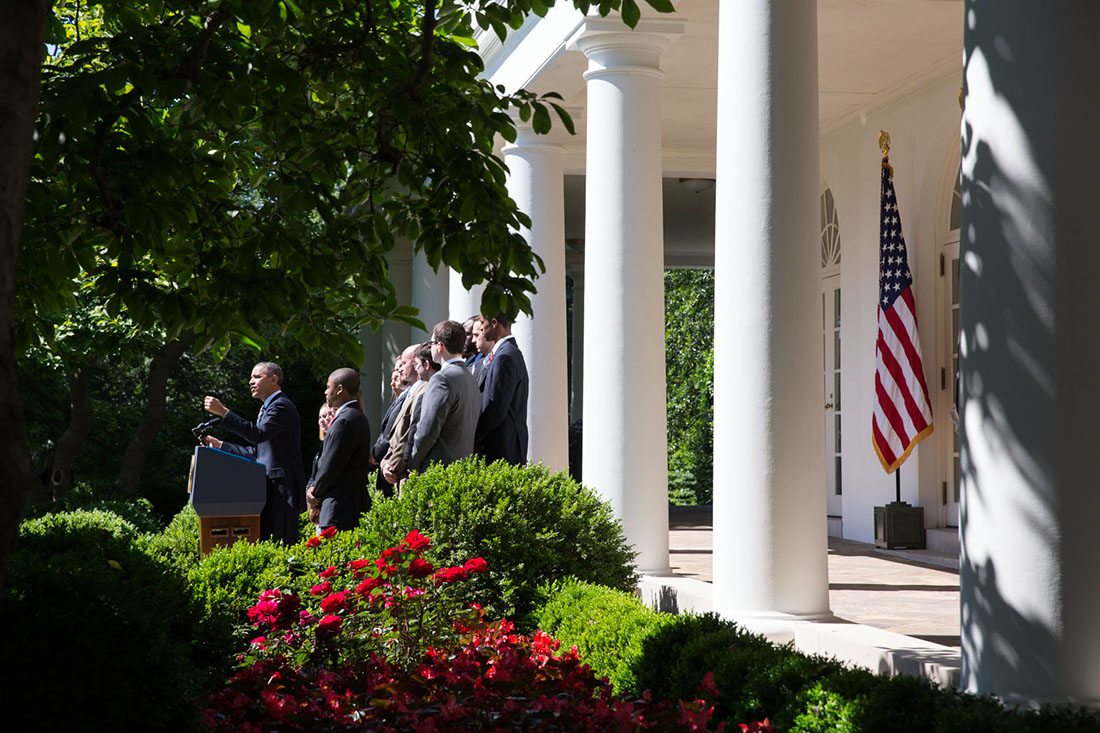 "Higher education cannot be a luxury for a privileged few," he said. "It is an economic necessity that every family should be able to afford, every young person with dreams and ambition should be able to access…Now is the time to reaffirm our commitment to you and the generation that's coming behind you, and that if we work together to generate more jobs and educate more kids and open up new opportunities for everybody who’s willing to work and willing to push through those doors of opportunity, America can't be stopped."

If you want to speak out in favor of college affordability, join the conversation on Twitter or Tumblr using the hashtag #DontDoubleMyRate.