Bringing Mental Illness Out of the Shadows

June 5, 2013 at 11:30 AM ET by Megan Slack
Twitter Facebook Email
Summary:
Advocates and educators, health care providers and faith leaders, members of Congress and representatives from local governments came from all over the country to take part in Monday's National Conference on Mental Health and talk about ways we can work together to increase understanding and awareness about mental health issues. 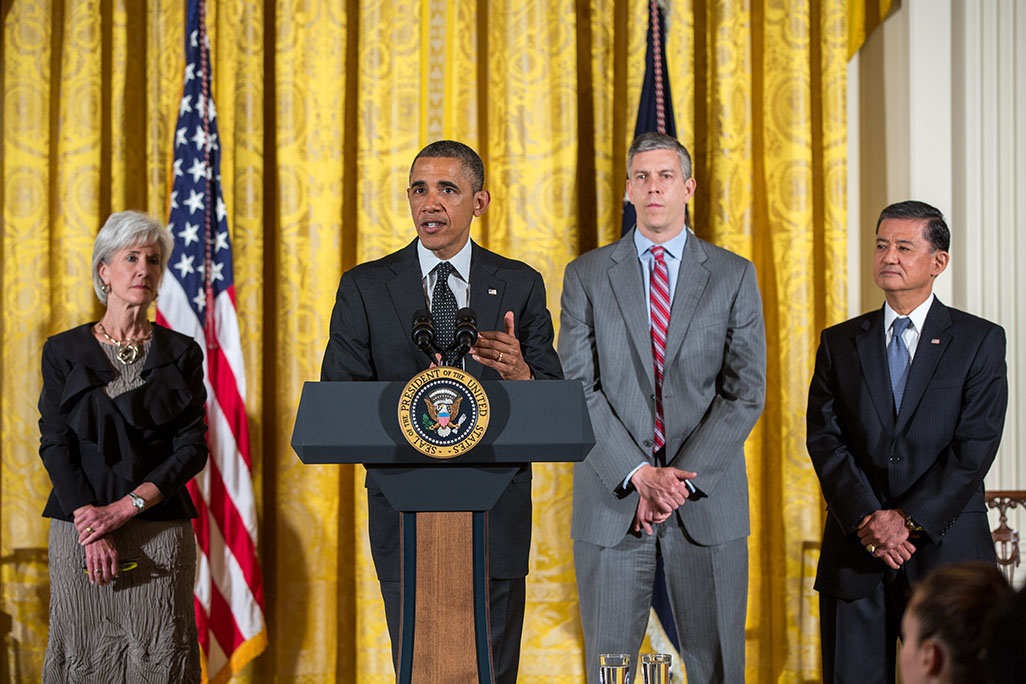 One in five Americans suffers some form of mental illness, such as depression or anxiety, schizophrenia or PTSD. Chances are you probably know someone who struggles with these issues ... or you might have struggled yourself.

On Monday at the White House, President Obama described a key challenge with addressing mental health:

Americans  –  advocates and educators, health care providers and faith leaders, members of Congress and representatives from local governments – came from all over the country to take part in Monday's National Conference on Mental Health and talk about ways we can work together to increase understanding and awareness about mental health issues.

Secretary Sebelius moderated a panel discussion featuring five people with personal connections to mental illness. The panelists talked about steps they’ve taken to raise awareness about mental health and reduce the negative attitudes that all too often prevent those who are struggling from asking for help.

The panel was followed by a series of five short presentations focused on successful outreach tactics. The presentations were designed to help conference participants learn about creative and effective ways to reach their own community, audience or membership about the issue of mental health. Each of the presenters highlighted powerful techniques that could be incorporated into efforts that combat stigma around mental illness and promote action to help the millions of Americans who need assistance recognize the importance of asking for it.

Check out the videos below to learn more about what each presenter had to share. For more resources, visit mentalhealth.gov.

This short talk introduces two teen-focused organizations, DoSomething.org and Crisis Text Line, that share a single guiding philosophy: to engage teens, you must meet them where they are. More specifically, the presentation explains how these two organizations use text messaging to reach teens. Watch on YouTube.

This presentation explains how Upworthy has harnessed social media sharing to create an amplification platform that reaches two-thirds of the American population on Facebook. Watch on YouTube.

This presentation introduces Georgetown University’s Engelhard Project for Connecting Life and Learning, which focuses on bringing health and wellness issues – including mental health – into the classroom. Watch on YouTube.

This presentation focuses on the use of narrative psychology -- or story telling -- to fight the stigma of invisible combat injuries, and seeking help for those injuries, in our country's military members and veterans. Watch on YouTube.

In 2006, MTV and The Jed Foundation teamed up to strengthen emotional health and prevent suicide among teenagers and young adults. This presentation discusses two campaigns developed out of this partnership and the tactics, strategies and messaging used to promote and support each effort. Watch on YouTube.