Civic Hacking at the White House: We the People, by the People

June 5, 2013 at 12:16 PM ET by Peter Welsch
Twitter Facebook Email
Summary:
On June 1, the White House celebrated National Day of Civic Hacking by welcoming more than 30 developers and designers to our second hackathon. 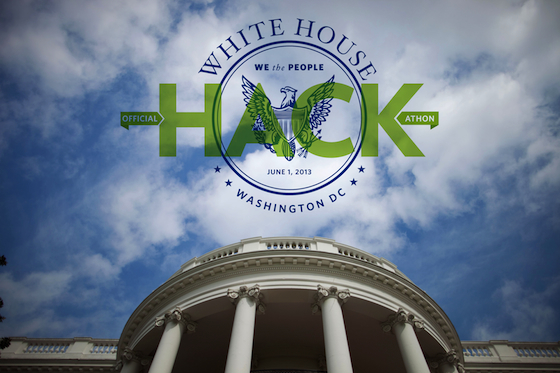 This past Saturday, more than 11,000 civic activists, technology experts, and entrepreneurs around the country came together for the National Day of Civic Hacking. Civic activists, technology experts, and entrepreneurs in 83 cities developed software to help others in their own neighborhoods and across the country. More than twenty federal agencies took part by submitting challenges for participants to tackle and opening up datasets for them to use.

Here at the White House, we celebrated the day by welcoming more than 30 developers and designers to our second hackathon, setting them loose on the new API for We the People, the White House petitions platform. For nine hours participants sat side-by-side with White House staff, techies and non-techies alike, and built new tools for finding, sharing, and analyzing We the People petitions. Several of the participants were alumni of the first White House hackathon in February, who returned to share their knowledge of the We the People API, and their code, with their fellow hackers. 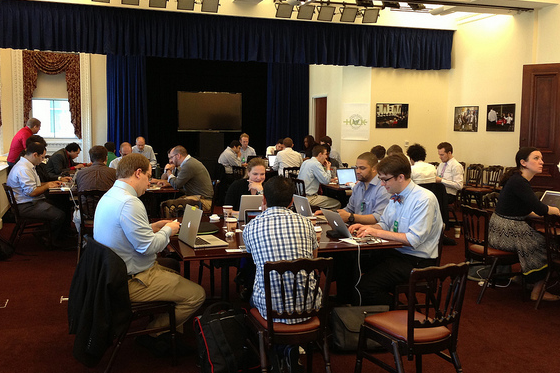 By the end of the day, sixteen projects were presented to the group, and several of them have already been added to the We the People API gallery, which features links to working demos and downloadable code for you to use in your own projects. Among them are Yoni Ben-Meshulam's We the Entities, which allows users to perform text-based analysis of petition data using OpenCalais, AlchemyAPI, and Semantria. Steve Grunwell's WordPress plugin allows you to easily embed We The People petitions into your WordPress site via shortcodes and widgets. Arun Nagarajan and Daniel McLaughlin's Google Spreadsheet integration lets you search and process petition data directly through Google Spreadsheets. Douglas Back, Yahel Carmon, Jesse Beach, and Clinton Dreisback developed Petition.io, an analytics dashboard including tools to chart signatures over time, map signature locations, and assess social media reach. Check out the full gallery here. 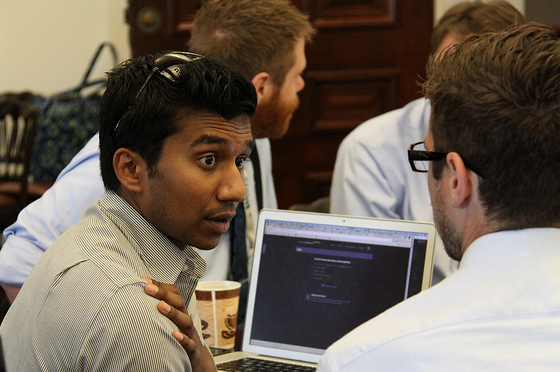 Naturally, we're already thinking about what comes next. As we announced last month, we'll be adding write methods for the We the People API, which will allow other sites, services, and apps to submit signatures to We the People petitions without sending users to the site. Once it's ready, we'll hold an open beta period where you'll have the opportunity to use a pre-release version of these new methods and submit feedback for our team.

If We the People, and the process of petitioning the White House, is going to be as flexible, open, and transparent as it can be, we need your help. Check out the Petitions project on GitHub and Drupal.org, then follow @WHweb on Twitter and sign up to receive updates about White House open source and open data program.