June 5, 2013 at 1:39 PM ET by Megan Slack
Twitter Facebook Email
Summary:
President Obama welcomes the Baltimore Ravens to the White House to congratulate the team on its Super Bowl win earlier this year.

Today, President Obama welcomed the Baltimore Ravens to the White House to congratulate the team on its Super Bowl win earlier this year.

“I imagine there were times last year when these players were the only ones who knew that they’d make it here to show off this trophy,” President Obama said. Because, during the year, they lost player after player to injury; they dropped four of their last five regular season games. In the playoffs, they trailed Denver by a touchdown with 70 yards and less than a minute to go.”

And during the Super Bowl, he said, “just when it looked like they had the momentum, the lights went out for a half hour. But these Ravens always pulled through.”

President Obama also commended the team for their work helping others, especially in Baltimore. For example, the President announced today that the Ravens will be donating brand new uniforms for 42 varsity football and girls’ basketball teams at public schools all across Baltimore.

This year, Baltimore won’t just be seeing the Ravens on Sundays or Monday night or Thursday night. You’ll see their impact in high schools under Friday night lights. And that’s a testimony to the connection they feel to this city.

You’ll see players spending their Tuesdays -- normally their only day off during the season -- visiting hospitals and schools and senior centers, and day after day, you’ll see a team that loves Baltimore as much as Baltimore loves the Ravens. 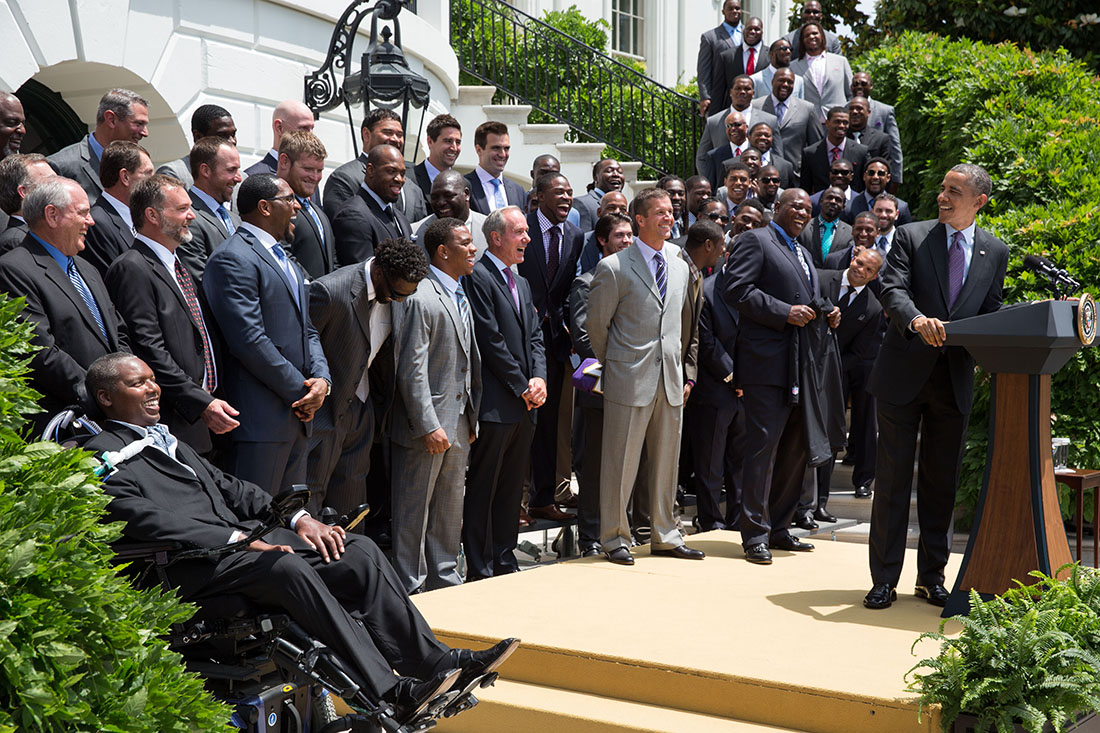