June 6, 2013 at 2:52 PM ET by Cecilia Muñoz, Gene Sperling
Twitter Facebook Email
Summary:
Committing to high-speed connectivity for all our students in five years will unleash the potential of the education technology market, where a lack of infrastructure has held back innovation. 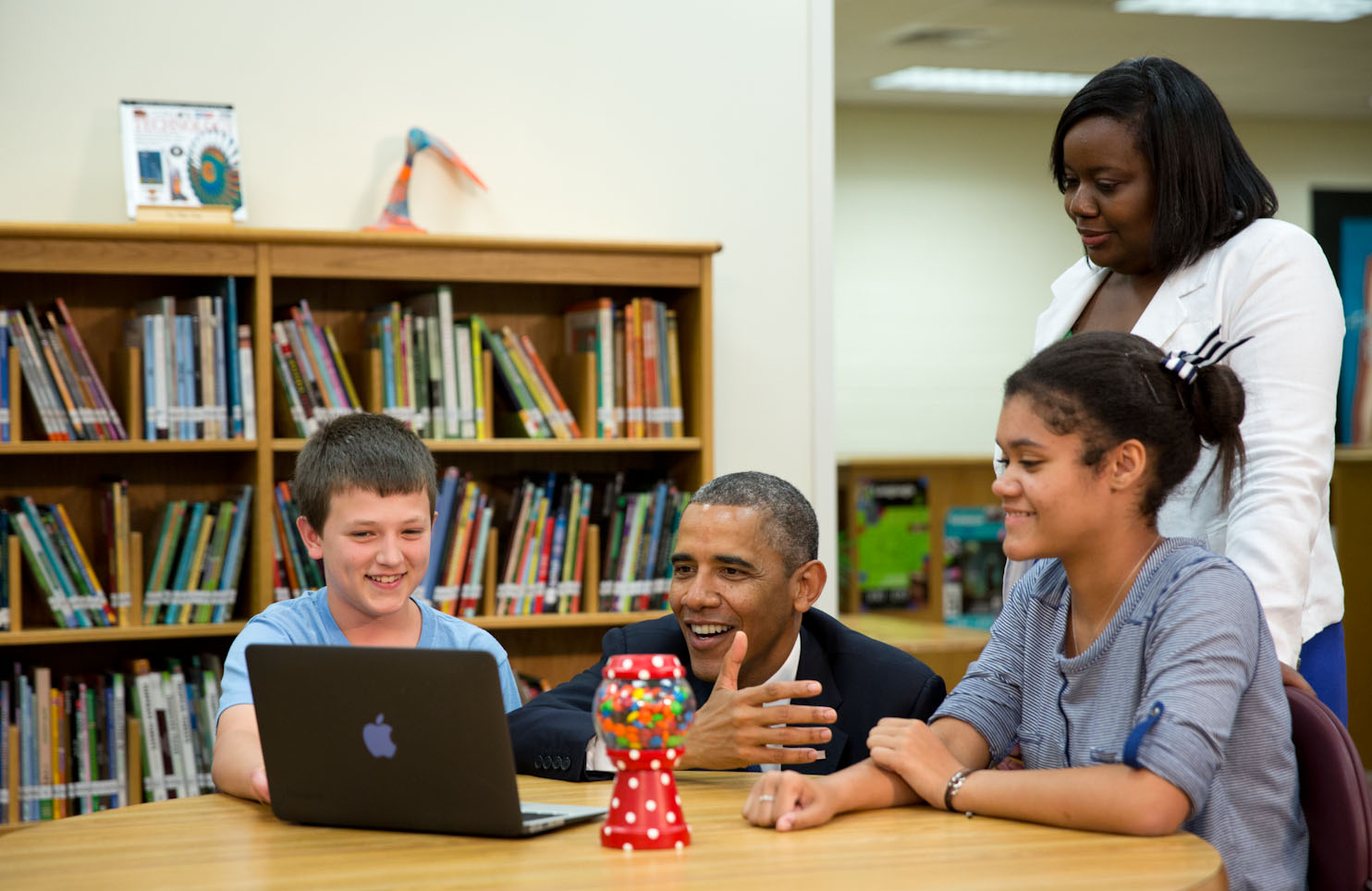 Today, in Mooresville, North Carolina the President is announcing a bold and transformative education initiative to breathe life into the classroom of the 21st century. The goal of the President’s ConnectED initiative is to bring high-speed Internet connections to 99 percent of America’s students – which he is calling on the FCC to do within five years.

This is not connectivity for connectivity’s sake. It is laying the foundation for a vision of classrooms where students are engaged in individualized digital learning and where teachers can assess progress lesson by lesson and day by day. It’s about creating learning environments where students can both succeed and struggle without embarrassment, where barriers for children with disabilities are removed, and where we can bring the most modern, innovative, and up-to-date content into the classroom.

Yet this national vision of the 21st Century classroom is impossible with the level of connectivity that most schools have today. Only 20 percent of educators feel their classrooms have the connectivity to meet their teaching needs today. In fact, the average school has about the same level of connectivity as the average home, even though the average school has 200 times more people. Thousands of schools don’t even have the bandwidth to stream two videos into their school at the same time - let alone provide the kind of opportunities that can be seen in Mooresville, where students in classroom after classroom are learning on their own individual digital devices.

The President understands that we have to take bold action if we are to offer our young people the best education in the world so they can compete for jobs in the global economy. South Korea, which tops global rankings in reading and math, already has 100 percent of schools with high-speed connectivity – and by 2016, its schools are planning on eliminating textbooks from the classroom altogether. We have to move with force and speed if we are to lead – not follow – on developing the best learning opportunities for our young people.

The President’s ConnectED initiative seeks to launch us forward by challenging the FCC to modernize and leverage the successful E-Rate program for school connectivity in order to make a major capital investment in high-speed Internet connections and employ them for connected classrooms. That program will also leverage the expertise of the National Telecommunications and Information Administration (NTIA), which under the Recovery Act connected around 10% of America’s schools to next-generation broadband. Under ConnectED the Department of Education will also work with schools and district to better use existing federal funding to train teachers on this transformational technology.

Committing to high-speed connectivity for all our students in five years will unleash the potential of the education technology market, where a lack of infrastructure has held back innovation. When innovators across the country recognize the potential market for educational devices, their incentive to innovate and create lower-cost educational devices geared towards learning in the classroom will grow.

As Secretary of Education Arne Duncan likes to say, the average school buys textbooks on a seven-year cycle, even though we know that every seven months or even seven weeks there are new and exciting developments in biology and civics. When new educational devices are available at a reasonable cost with greater connectivity, it creates a new market for that dynamic content.

This idea of giving all of our schools high speed connectivity has support from experts across the political spectrum – including those from the bipartisan LEAD Commission that former FCC Chairman Julius Genachowski and Secretary Arne Duncan had the foresight and vision to ask to examine the issue.

Today President Obama is announcing ConnectED in a school district that brought this concept to life. Mooresville is in the bottom ten out of 115 districts in spending per student, but performs second in student achievement. Mooresville has accomplished this by going all-in on the promise of education technology, and since providing one-to-one digital devices for every student and training teachers on how to use them effectively in the classroom, graduation, academic achievement, and attendance rates are up significantly.

You can watch President Obama’s remarks live at 3:00 p.m. ET today at whitehouse.gov/live