Here's How the Affordable Care Act Is Helping Californians

Here's How the Affordable Care Act Is Helping Californians

June 7, 2013 at 5:25 PM ET by Megan Slack
Twitter Facebook Email
Summary:
President Obama explains how the Affordable Care Act benefits people in the California, and across the country. 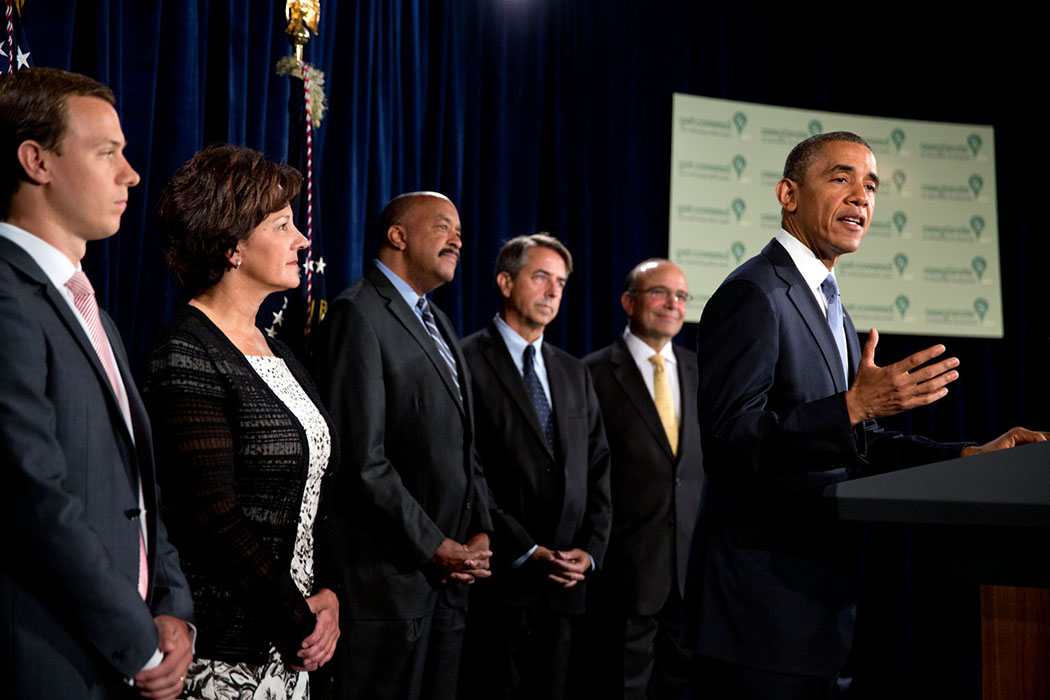 Today President Obama was in California to talk about how the Affordable Care Act benefits people in the state, and across the country.

First, for those who already have health insurance, President Obama explained that the law has already provided a wide array of new benefits, better protections and stronger cost controls they didn’t have before.

“Protections, like allowing people up to the age of 26 to stay on their parent's health care plans, which has already helped 6 million Americans,” President Obama said. “Cost controls, like requiring insurance companies to spend at least 80 percent of the money that you pay in premiums in your actual health care costs, as opposed to administrative costs or CEO pay.”

Second, for the tens of millions of Americans – including 6 million Californians - who don’t currently have health insurance, “you’ll soon be able to buy quality, affordable care just like everybody else,” President Obama said today. “And here’s how.”

States like California are setting up new, online marketplaces where, beginning on October 1st of this year, you can comparison shop an array of private health insurance plans side-by-side, just like you were going online to compare cars or airline tickets.  And that means insurance companies will actually have to compete with each other for your business.  And that means new choices.

The 13 insurance companies that will be part of the California marketplace, known as Covered California, were selected based on access, quality, and affordability, President Obama said.

The 13 insurance companies that were chosen by Covered California have unveiled premiums that were lower than anybody expected. And those who can’t afford to buy private insurance will get help reducing their out-of-pocket premiums even further with the largest health care tax cut for working families and small businesses in our history.  So about 2.6 million Californians -- nearly half of whom are Latinos -- will qualify for tax credits that will, in some cases, lower their premiums a significant amount.