It's Been 50 Years Since the Equal Pay Act 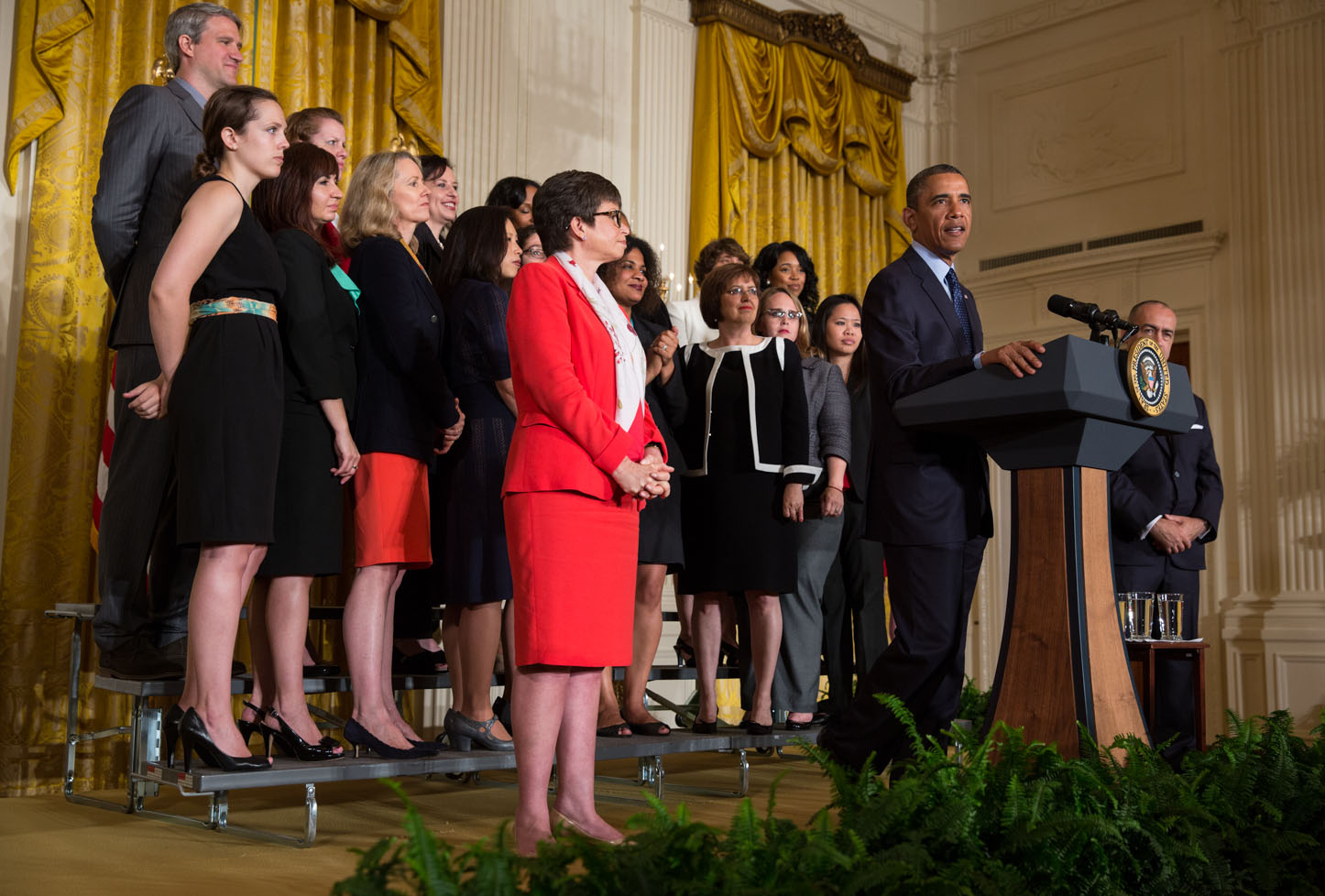 It's been 50 years since President Kennedy signed the Equal Pay Act, but its goals today stand unrealized. In 2013, full-time working women still make less than men on average.

This morning, President Obama spoke at an event to mark the anniversary.

"The day that the bill was signed into law, women earned 59 cents for every dollar a man earned on average, he said. "Today, it’s about 77 cents. So it was 59 and now it’s 77 cents. It’s even less, by the way, if you’re an African American or a Latina. So I guess that’s progress, but does anybody here think that’s good enough?"

The President has made tackling this issue a priority since his first day in the White House. The first bill that President Obama ever signed was the Lilly Ledbetter Fair Pay Act. His administration was the first to create a White House Council on Women and Girls. He launched a National Equal Pay Task Force to help crack down on violations of equal pay laws, and earlier this year, he signed a presidential memorandum directing the federal government to close the gender gap for its employees.

But there's more work to do -- like passing the Paycheck Fairness Act, training more women for careers in science, technology, and math, and making sure that businesses offer parents the flexibility they need to excel in their jobs and care for their children.

"This will be part of our broader agenda to create good jobs and to strengthen middle-class security, to keep rebuilding an economy that works for everybody, that gives every American the chance to get ahead, no matter who you are or what you look like, or what your last name is and who you love," the President said.

For more perspective on the anniversary of the Equal Pay Act, check out the video below: