Celebrating the Opening of a New High Performance Computing Center 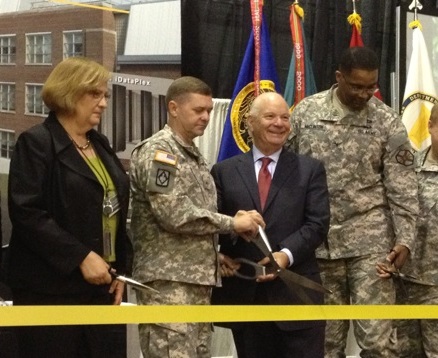 The new ARL Supercomputing Center—containing two new IBM iDataPlex computers with the capacity to perform 50,000 trillion floating point operations per second, or 50 petaflops—will provide state-of-the art high performance computing capabilities as well as extraordinary capacities in advanced high-speed networking and data analysis, providing unprecedented benefits to the Army, the Department of Defense, and the Nation as a whole.

Among its many benefits, the new center will allow Army scientists and engineers to model and evaluate a wide range of soldier- and combat-vehicle-related materials in advance of actual manufacturing, so that expensive, time-consuming, and sometimes dangerous physical testing can be reserved for only the most promising products.

On a historical note, Dr. Falcone noted in her remarks that the new center is just footsteps away from the ARL building that until 1955 was home to the world’s first electronic, programmable, general-purpose computer—the Electronic Numerical Integrator and Computer, known by its creators and a generation of World War II-era computational nerds by its nickname, ENIAC.

Installed at Aberdeen in 1947 ENIAC had more than 17,000 vacuum tubes, about 7,000 crystal diodes, some 70,000 resistors, 5 million hand-soldered joints, and weighed more than 25 tons. It was lucky to achieve speeds of a few hundred operations per second, and was limited to working with numbers of ten digits or less.

The building that houses the new center also has a storied history, she noted. Built in 1944, the building originally served as an Army wind tunnel, generating air speeds of Mach 1.7 in its early years and, after a series of upgrades, eventually achieving hypersonic speeds as high as Mach 9.2.

“With that great trajectory of accomplishments,” Dr. Falcone said, “it seems quite appropriate that the building should now house some of the fastest speeds in the world –even if those speeds are now going to be measured in petaflops instead of miles per hour."

Reed Skaggs is a Senior Policy Analyst at OSTP 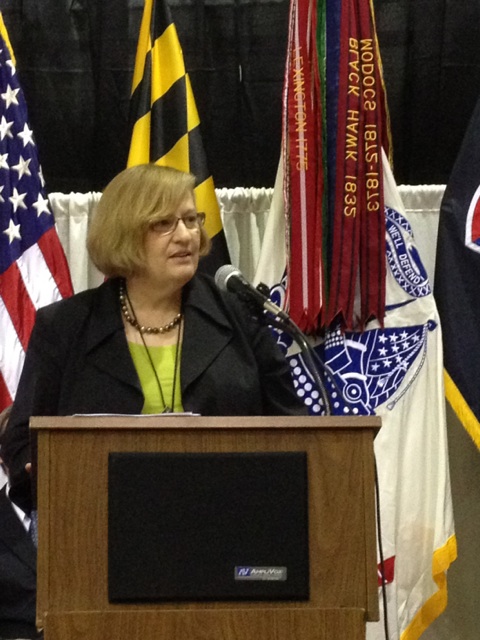