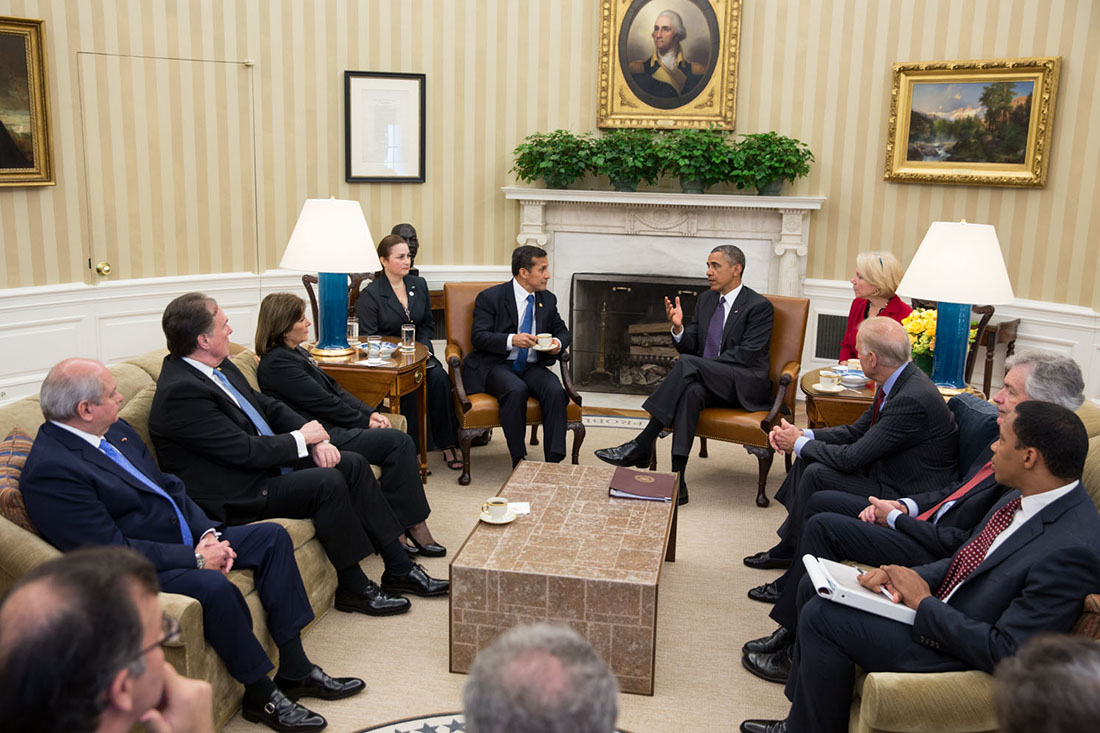 “Peru is one of our strongest and most reliable partners in the hemisphere, President Obama said.  “And we spent most of our discussion focused on how we can further deepen this important bilateral relationship.”

I want to congratulate President Humala on being able to sustain strong growth rates in Peru, and his focus on broad-based economic growth that includes all people.  As a consequence, Peru has been able to see not only increased growth but also reduced poverty and steps to reduce inequality.

For both the United States and Peru, growth is also dependent on our continued expansion in the global marketplace, and that’s why I'm very glad that Peru and the United States are working so closely together in finalizing the Trans-Pacific Partnership, which offers the possibility of opening up markets throughout the Asia Pacific region with high standards and protections for labor and the environment.

“So overall, the state of our relationship is very strong,” President Obama said. “I think it will become even stronger as a result of some of the initiatives that we have shaped in this meeting.”