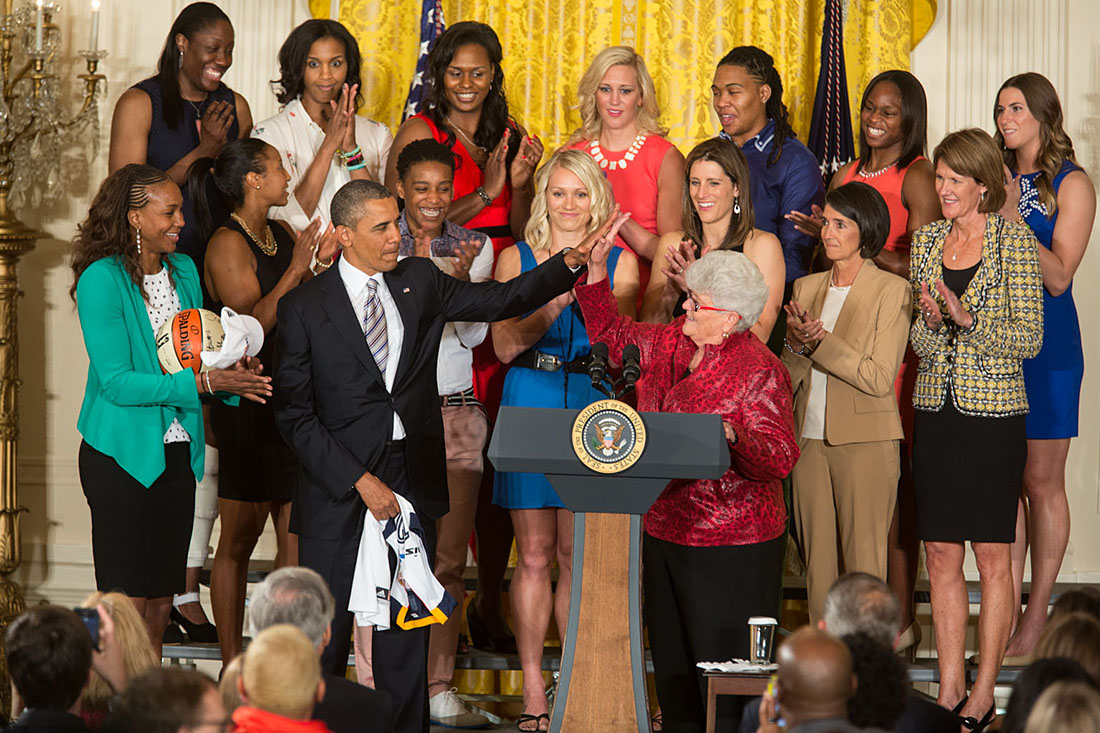 President Barack Obama welcomes the WNBA Champion Indiana Fever to the East Room of the White House to honor the team and their victory in the WNBA Finals, June 14, 2013. (Official White House Photo by Chuck Kennedy)

Today, President Obama congratulated the Indiana Fever at the White House on their 2012 WNBA championship.

Despite being the underdog team in the finals, the President remarked that the Fever had a “Hoosiers” moment and intensified their game. With their toughness and determination, the Fever managed to defeat the Minnesota Lynx, the 2011 WNBA champions.

“And while our towns have a friendly rivalry going on, I still recognize those Midwestern values when I see them. We saw it in the Indiana Fever, which is, you look out for your teammates. You kept fighting, no matter what gets thrown at you. As Coach Dunn put it: ‘We're all blue collar. We work hard on defense. We rebound. We're tough.’”

President Obama also thanked the women for giving back to communities not only in Indiana, but across the country. He acknowledged Tamika Catchings, the MVP of the team, who started her own foundation, Catch the Stars. The foundation works with First Lady Michelle Obama’s program, Let’s Move! and urges children to stay healthy and active. Tamika isn’t the only player giving back to the country though.

“Players on the Fever have received a combined 13 WNBA Community Assist Awards for countless hours they spend volunteering," he said. "They visit local school kids as part of the Read to Achieve Program. They’ve teamed up with Habitat for Humanity to help build homes for folks in Indianapolis. And right after this, they’re going to run a basketball clinic on the South Lawn for young people here in D.C.”