June 14, 2013 at 11:10 AM ET by Courtney Corbisiero
Twitter Facebook Email
Summary:
On Thursday, President Obama hosted leaders in the LGBT community at the White House for the fifth Pride Month Reception.

Leaders within the LGBT community were invited to the White House yesterday to kick-off Pride month with a reception hosted by President Obama.

Introducing the President were 9 year old twins, Zea and Luna, who wrote a letter to President Obama earlier this year asking him to support same-sex marriage. They explained that they were raised by their two moms who love them dearly.

In his remarks, the President discussed some of the steps we’ve made toward equality:

"We passed a hate crimes bill in Matthew Shepard’s name. We lifted the HIV entry ban, released the first national HIV/AIDS strategy. We strengthened the Violence Against Women Act to protect LGBT victims. We told hospitals that accept Medicare and Medicaid that they have to treat LGBT patients just like everybody else. Starting next year, the Affordable Care Act will ban insurance companies from denying someone from coverage just for being LGBT. We put in place new policies that treat transgender Americans with dignity and respect. And because no one should have to hide who they love to serve the country that they love, we ended "don't ask, don't tell" once and for all."

While these are real accomplishments, the President also admitted there is still work to be done – and it might take some time. 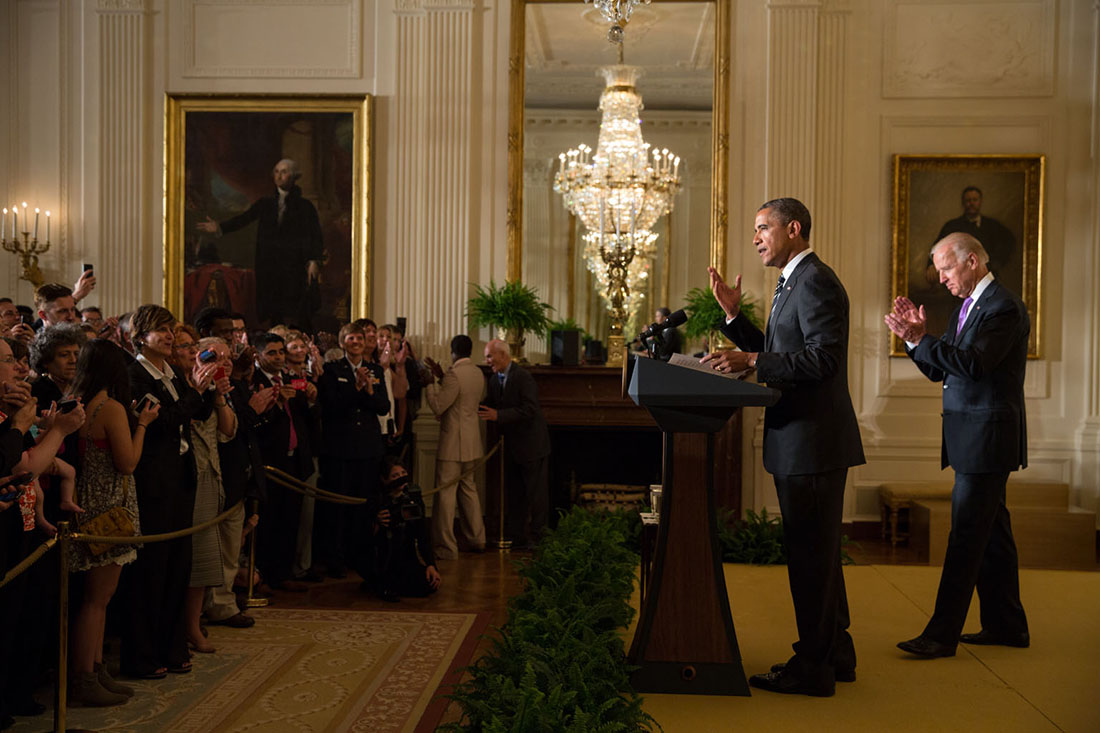 “And as we saw earlier this year with the gun safety debate, sometimes this stuff takes time, and it’s frustrating,” he said. “You take two steps forward and sometimes there’s a step back.  But I deeply believe in something that Martin Luther King, Jr. said often, and that is that the arc of the moral universe is long, but it bends towards justice.  Eventually, America gets it right.”

President Obama ended by offering to do everything in his power to keep fighting for equality and pushing for marriage equality – especially in his home state, Illinois.

“In 34 states, you can be fired just because of who you are or who you love. That’s wrong,” he said. “We’ve got to change it. There’s a bipartisan bill moving forward in the Senate that would ban discrimination against all LGBT Americans in the workplace, now and forever. We need to get that passed. I want to sign that bill. We need to get it done now."