President Obama Speaks to the People of Northern Ireland

This morning, President Obama spoke to the people of Northern Ireland from the Belfast waterfront.

So many of the qualities that we Americans hold dear we imported from this land -- perseverance, faith, an unbending belief that we make our own destiny, and an unshakable dream that if we work hard and we live responsibly, something better lies just around the bend.

So our histories are bound by blood and belief, by culture and by commerce.  And our futures are equally, inextricably linked.  And that’s why I’ve come to Belfast today -- to talk about the future we can build together. 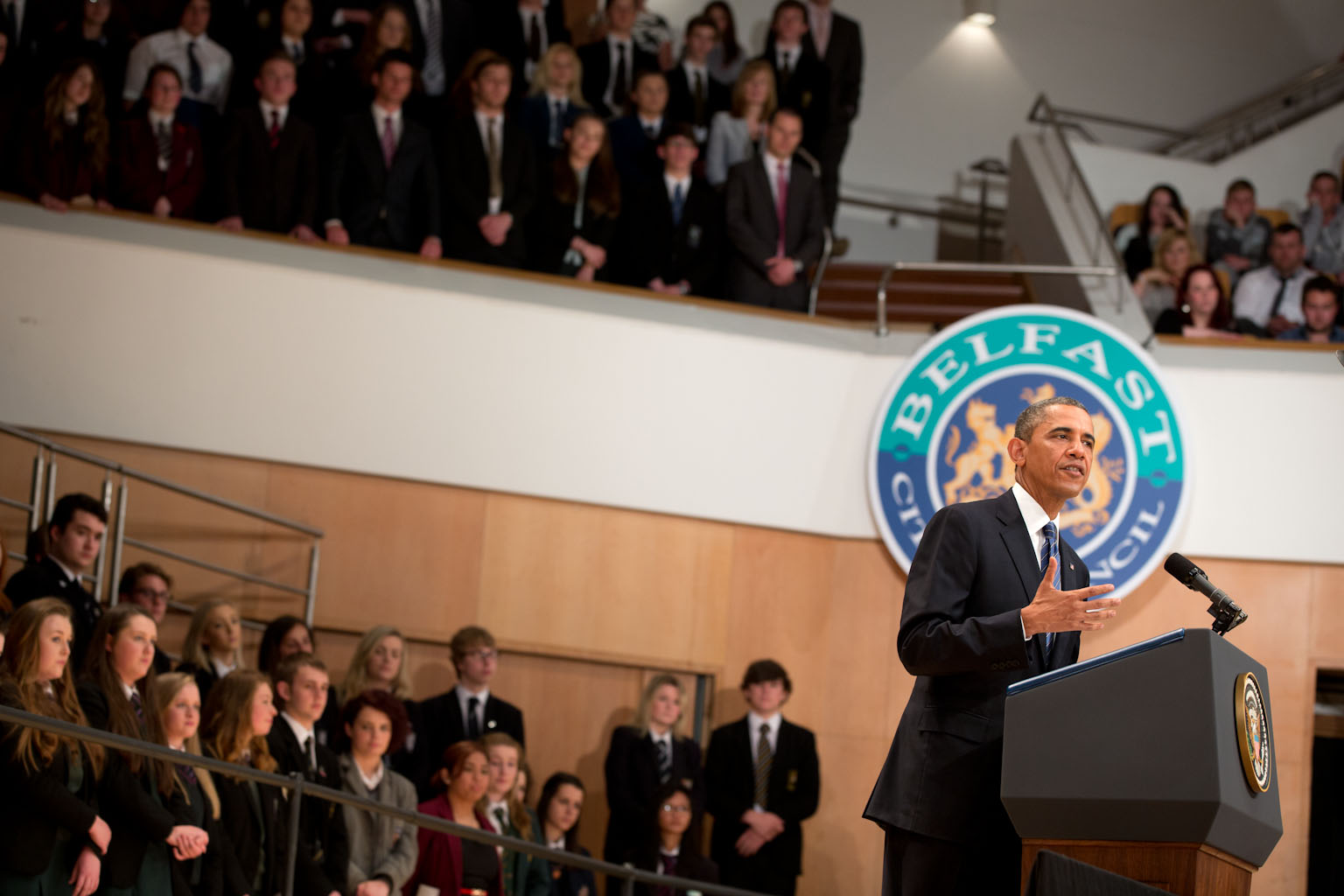 It’s been 15 years since the people of Ireland approved the Good Friday Agreement, and President Obama called the achievement -- and the progress that followed it -- extraordinary. “For years, few conflicts in the world seemed more intractable than the one here in Northern Ireland. And when peace was achieved here, it gave the entire world hope.”

But "for all the strides that you’ve made," President Obama told the crowd, "there’s still much work to do."

From the start, no one was naïve enough to believe that peace would be anything but a long journey. Yeats once wrote “Peace comes dropping slow.”  But that doesn’t mean our efforts to forge a real and lasting peace should come dropping slow.  This work is as urgent now as it has ever been, because there’s more to lose now than there has ever been.

“And you should know that so long as you are moving forward,” President Obama said, “America will always stand by you as you do.”