June 19, 2013 at 4:30 PM ET by Megan Slack
Twitter Facebook Email
Summary:
Nearly 50 years to the day that President John F. Kennedy delivered his historic speech to a city divided by the Cold War, President Obama speaks to the people of Berlin about the deep and enduring bonds between the United States and Germany.

Nearly 50 years to the day after President John F. Kennedy delivered his historic speech to a city divided by the Cold War, President Obama spoke to the people of Berlin about the deep and enduring bonds between the United States and Germany, and the values we share.

A symbol of the Germany’s progress since President Kennedy’s visit, President Obama spoke from the east side of Brandenburg Gate – something that would have been impossible if not for the collapse of the Berlin Wall.

“While I am not the first American President to come to this gate, I am proud to stand on its Eastern side to pay tribute to the past,” President Obama said.

For throughout all this history, the fate of this city came down to a simple question:  Will we live free or in chains?  Under governments that uphold our universal rights, or regimes that suppress them?  In open societies that respect the sanctity of the individual and our free will, or in closed societies that suffocate the soul?

This is what was at stake here in Berlin, President Obama said.

And because courageous crowds climbed atop that wall, because corrupt dictatorships gave way to new democracies, because millions across this continent now breathe the fresh air of freedom, we can say, here in Berlin, here in Europe -- our values won. Openness won. Tolerance won. And freedom won here in Berlin. 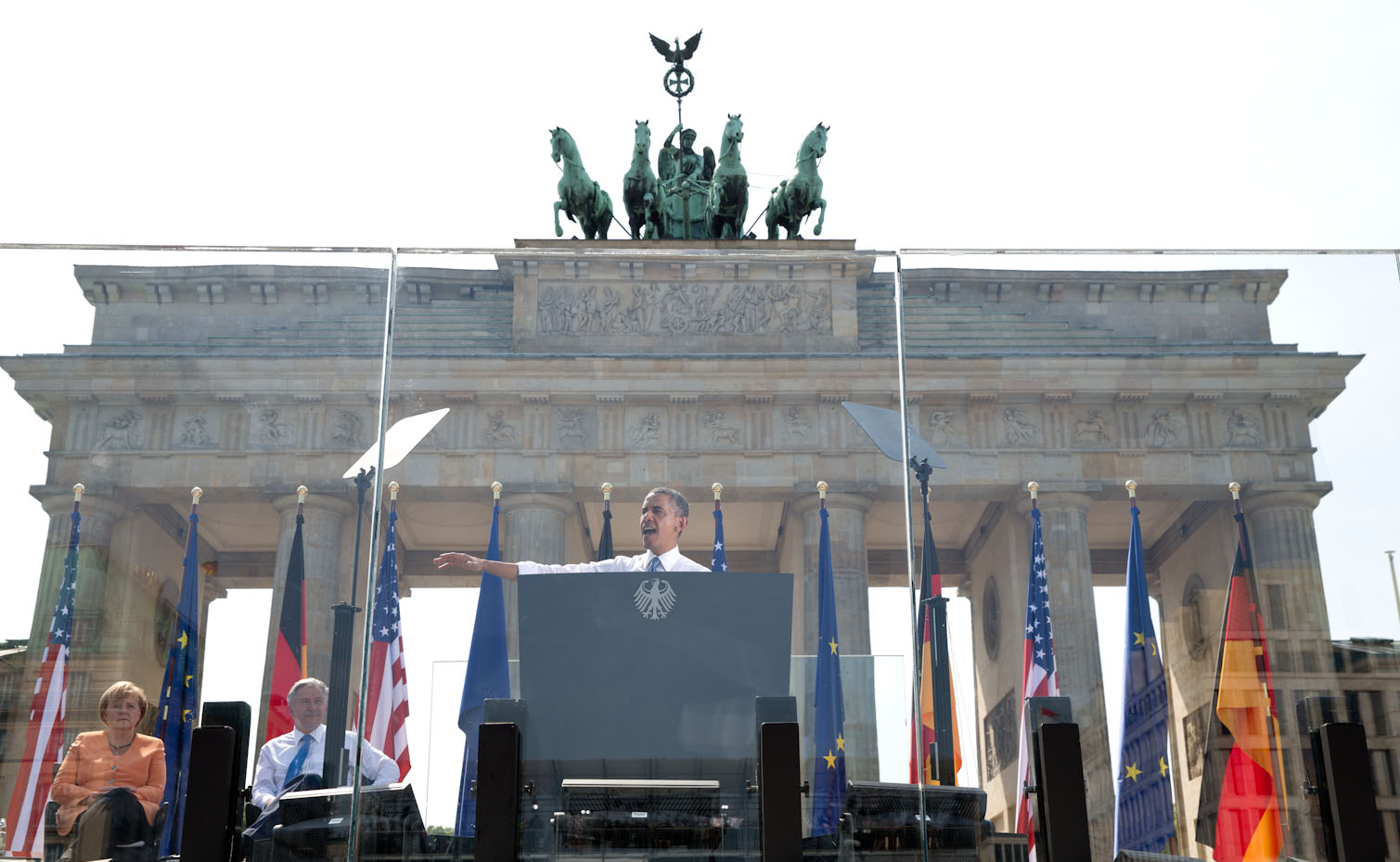 But two decades later, this work is not yet done, President Obama said. “Today’s threats are not as stark as they were half a century ago, but the struggle for freedom and security and human dignity -- that struggle goes on.”

I say all this here, in the heart of Europe, because our shared past shows that none of these challenges can be met unless we see ourselves as part of something bigger than our own experience. Our alliance is the foundation of global security. Our trade and our commerce is the engine of our global economy. Our values call upon us to care about the lives of people we will never meet.

When Europe and America lead with our hopes instead of our fears, we do things that no other nations can do, no other nations will do.  So we have to lift up our eyes today and consider the day of peace with justice that our generation wants for this world. 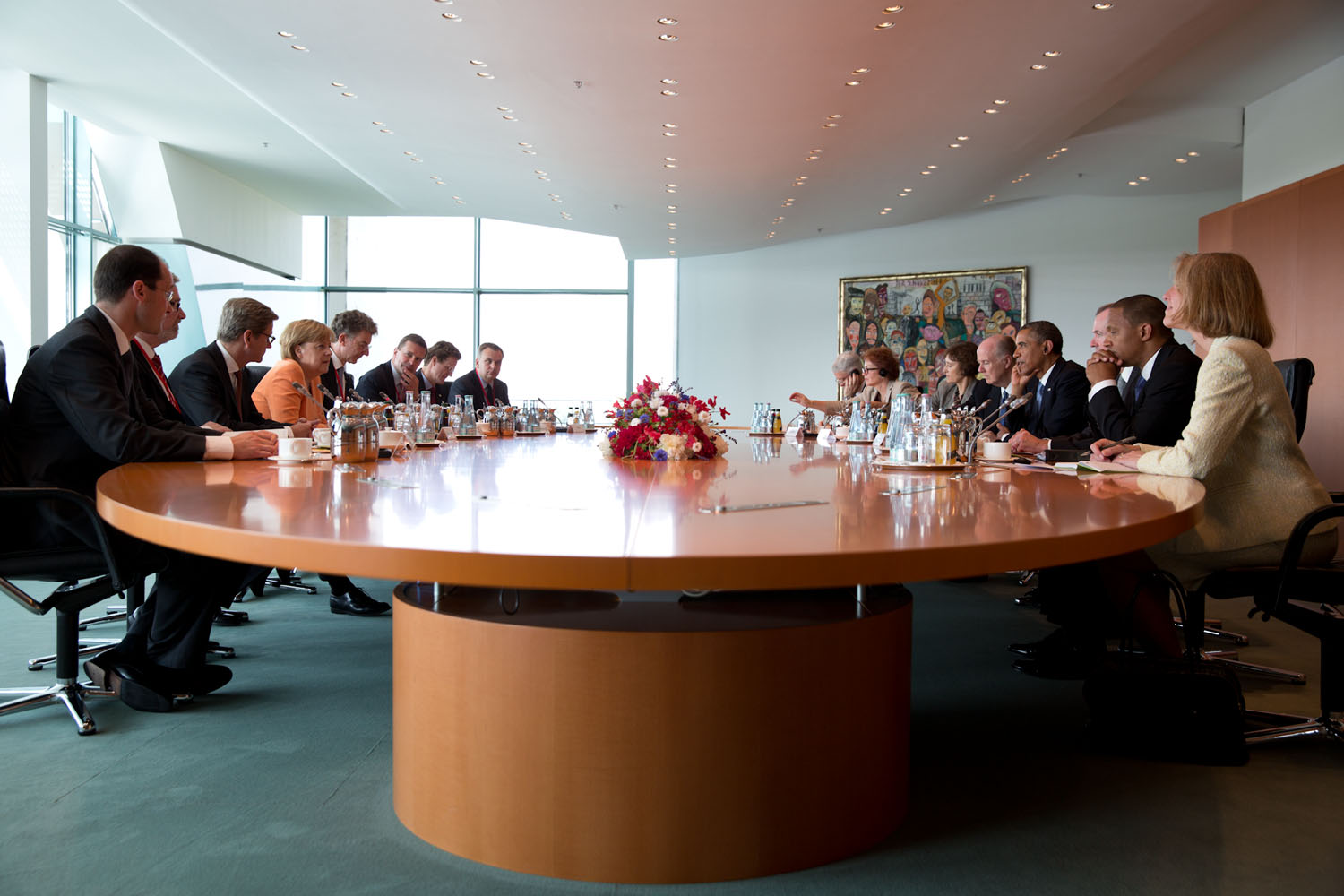 Advancing the values our two nations believe in also means pursuing a world without nuclear weapons, which is why President Obama announced new steps today to reduce our deployed strategic nuclear weapons by up to one-third.