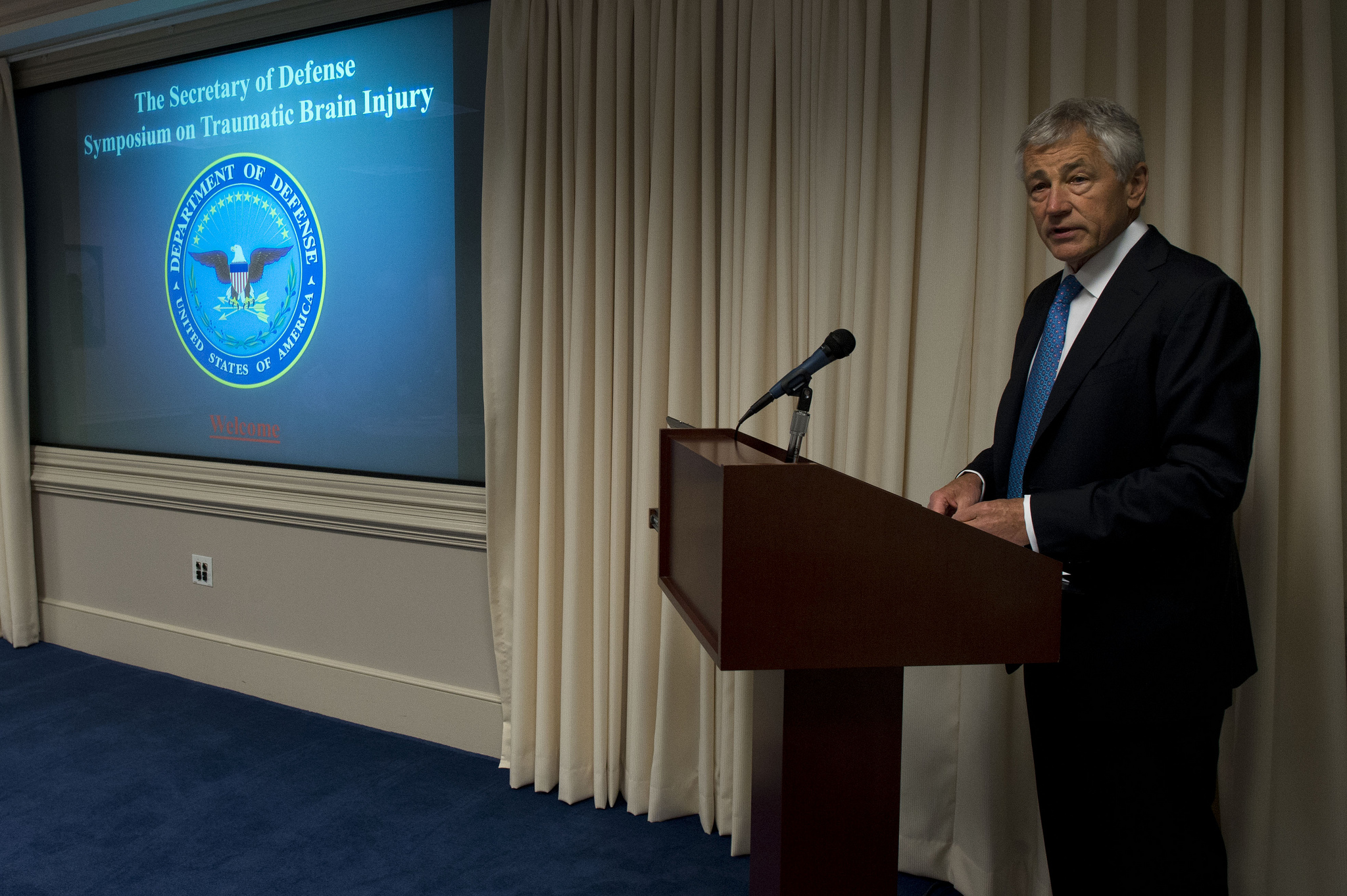 Traumatic brain injury (TBI) is an increasingly common injury suffered by our nation's men and women in uniform. Concussions, head injuries, and blast exposures from IED attacks are now recognized as some of the most common, dangerous, and difficult to treat of injuries that have emerged from over a decade of war. We are only beginning to understand the complex nexus between TBI and the heightened incidents of suicide, severe post-traumatic stress, and depression we have seen among our troops. Last year the U.S. military lost more service members to suicide than to combat. This startling statistic represents but a small fraction of the truly pressing mental health needs of America’s veterans.

To raise awareness and galvanize the efforts of the military and medical communities to address traumatic brain injury, earlier this week, Secretary of Defense Chuck Hagel hosted the first Secretary of Defense Symposium on Traumatic Brain Injury. During this day long symposium, the foremost experts from the brain injury community shared the latest advancements in neuroscience research and clinical care with military and civilian leaders with the aim of synchronizing efforts and fostering innovative solutions. Senior leaders from the Department of Defense and private corporations including the Nation Football League, General Electric, and One Mind for Research participated in this important event  Chaired by Anand Veeravagu, a neurosurgeon, 2013 White House Fellow, and Special Assistant to the Secretary of Defense, the goal of this symposium was to raise awareness, accelerate military and civilian cooperation, and foster innovative approaches to prevention, research, and the treatment of traumatic brain injury and mental health issues.

The symposium included presentations to provide context and a deeper understanding of TBI, followed by working group discussions. At the conclusion of the symposium, a formal submission detailing the resulting recommendations for the diagnosis and treatment of TBI was submitted to Secretary Hagel for review and the intent is for the proceedings from the day’s events to be published in a major medical journal.