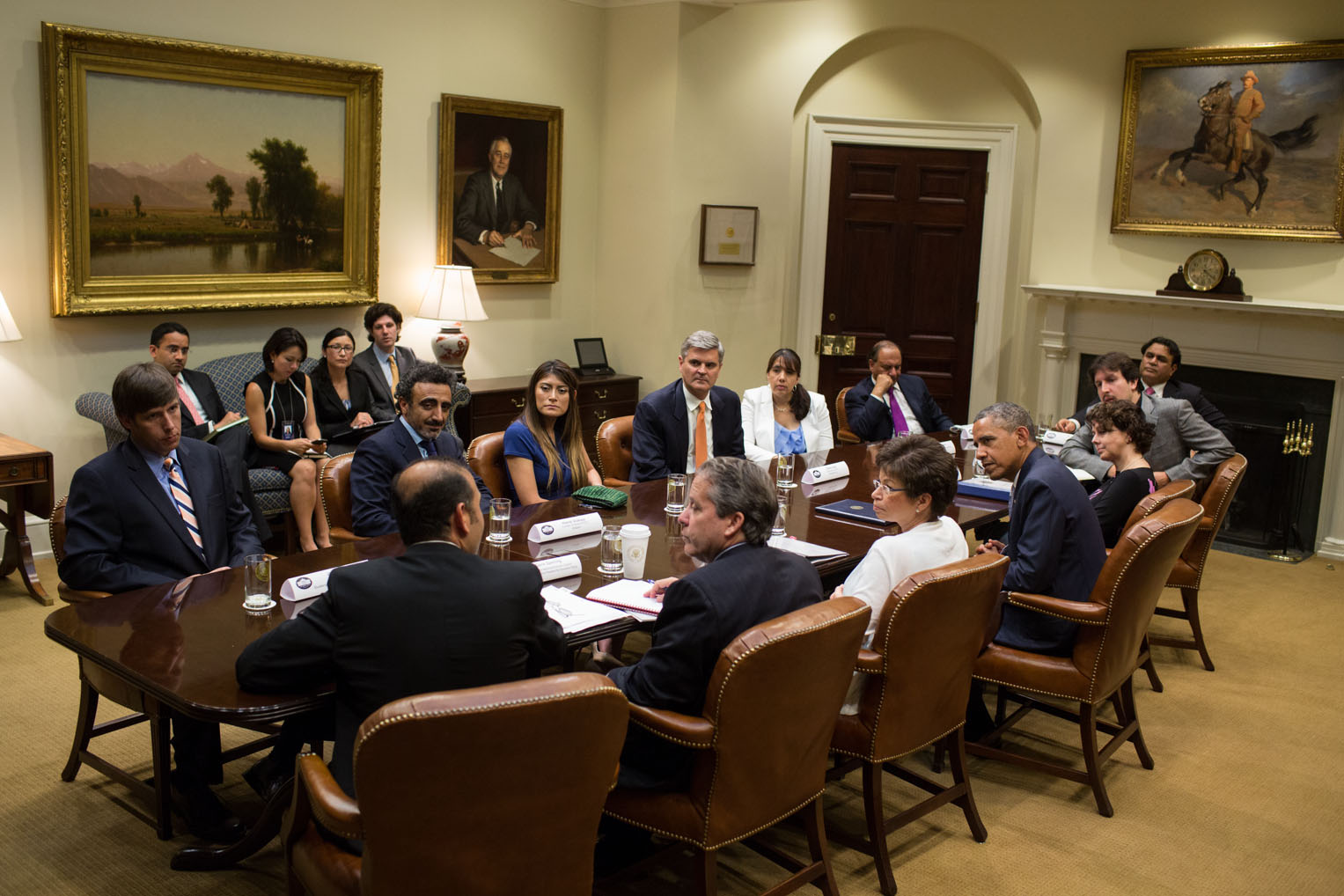 This afternoon, the President met with CEOs, business owners and entrepreneurs to discuss the economic benefits of fixing our broken immigration system. The President and business representatives discussed their shared belief that achieving immigration reform holds meaningful economic promise for the United States, creating a fair playing field for employers and workers alike.

We have a system in which we bring outstanding young people from all across the world to educate them here, and unfortunately, too often, we send them right back so that they can start companies or help to grow companies somewhere else instead of here.

We have a situation in which millions of individuals are in the shadow economy, oftentimes exploited at lower wages, and that hurts those companies that are following the rules, because they end up being at a disadvantage to some of these less scrupulous companies.

And so, all of us I think recognize that now is the time to get comprehensive immigration reform done.

President Obama said that many of the business leaders at today’s meeting were immigrants themselves, and are now creating opportunity all across the country, just like the generations of immigrants who came to America before them.