June 26, 2013 at 4:28 PM ET by William R. Brownfield
Twitter Facebook Email
Summary:
"Bath salts, spice, and jewelry cleaner" – what sounds like a normal shopping list is actually a list of new and dangerous drugs known as new psychoactive substances (NPS), many of which are synthetic cannibanoids.
Note: This is a cross-post from DipNote, the U.S. Department of State Official Blog. The original post can be found here. 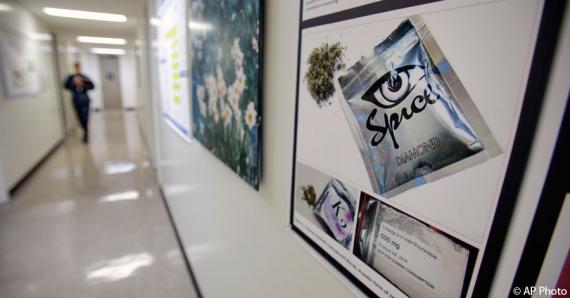 "Bath salts, spice, and jewelry cleaner" – what sounds like a normal shopping list is actually a list of new and dangerous drugs known as new psychoactive substances (NPS), many of which are synthetic cannibanoids. In 2011, in the United States alone, an estimated 28,531 emergency room visits involved a synthetic cannabinoid product. Synthetic cannabinoids are substances that are designed to affect the body in a manner similar to marijuana, but that are not derived from the marijuana plant. However, the effects of these new substances can be severe and dangerous and may include hallucinations, vomiting, agitation, and elevated heart rate. While some of these substances are controlled, others are easily available to teens and young adults on the internet, in smoke shops, and even at gas stations.
The United States and the international community are increasingly concerned about this growing public health threat. Today, June 26, in commemoration of the International Day against Drug Abuse and Illicit Trafficking, the UN Office on Drugs and Crime (UNODC) is releasing the annual UN World Drug Report, underscoring the emergence of NPS in 70 of 80 countries that reported to UNODC.
While most markets for plant-based organic drugs such as cocaine and heroin are stable or declining, synthetic drug use is rising. Greater efforts are needed to educate people at home and around the world about the dangers of these synthetic drugs and also work with the international community to reduce their availability. Synthetic drugs are in many ways more difficult to counter than other drugs – they originate from a wider range of production zones than cocaine or heroin, they are less vulnerable to law enforcement intervention, and they are found in otherwise legal chemicals needed for legitimate industry. Synthetics manufacturers have also shown an ability to alter their chemical composition while retaining their psychoactive effects in order to skirt existing drug laws and put them on the market faster than they can be scheduled for control.
The United States is deeply committed to reducing drug abuse within our own borders, and we are also working with international partners to reduce the availability of illegal drugs and minimize the harm they cause around the world. In 2012, the United States passed domestic legislation to enhance law enforcement's ability to respond to NPS. Last year, the Bureau of International Narcotics and Law Enforcement Affairs (INL) provided funding to support the UNODC’s Global Synthetics Monitoring, Analysis Reporting, and Trends program, which tracks new synthetic drug production and trafficking trends and disseminates this information to governments around the globe.
Creating systems to limit the production and movement of these drugs are more vital than ever. At the same time, governments must engage with civil society to educate families and communities about the dangers of this new class of drugs.
Go to www.drugabuse.gov to learn more about this emerging threat.
William Brownfield serves as the Assistant Secretary for the Bureau of International Narcotics and Law Enforcement Affairs.