After having a lovely tea with Mrs. Sall, the First Lady of Senegal, we headed to the Martin Luther King (MLK) school, an all-girls middle school in Dakar, which is Senegal’s capital city. I had a chance to speak to about 150 members of the ninth grade class and their teachers. The girls put on a wonderful dance performance and delivered presentations they had prepared – in excellent English (they normally speak French). One of them even performed Etta James' "At Last," and she absolutely blew me away – let me tell you, that young woman could sing. 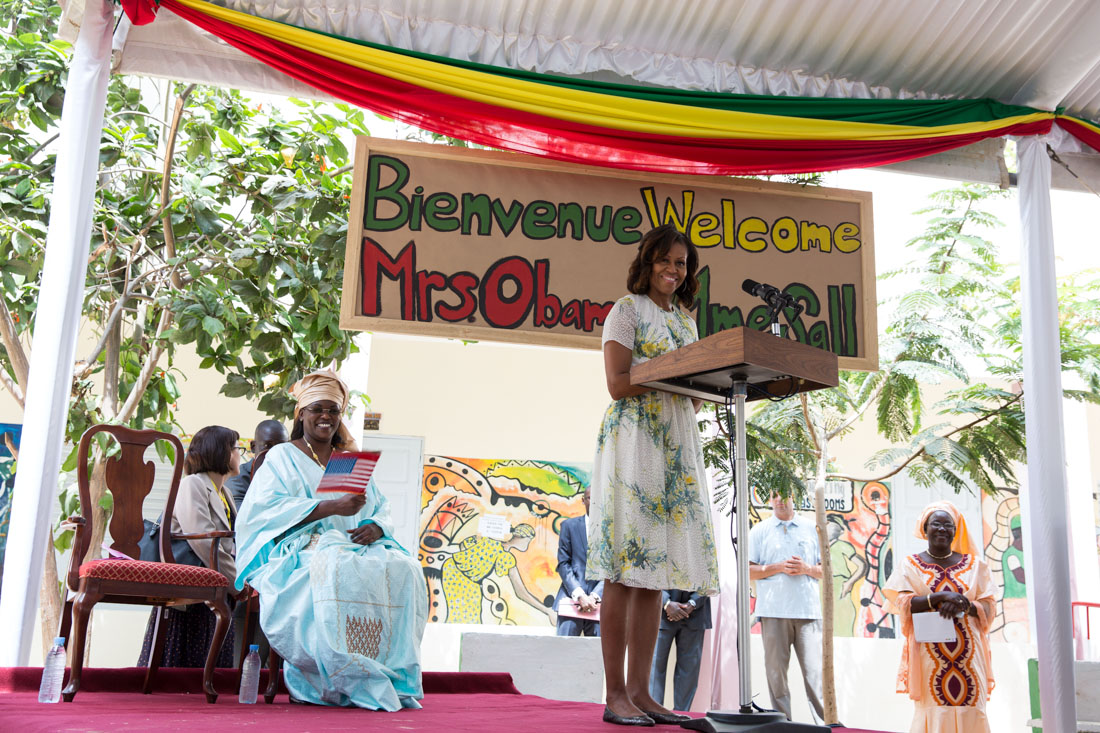 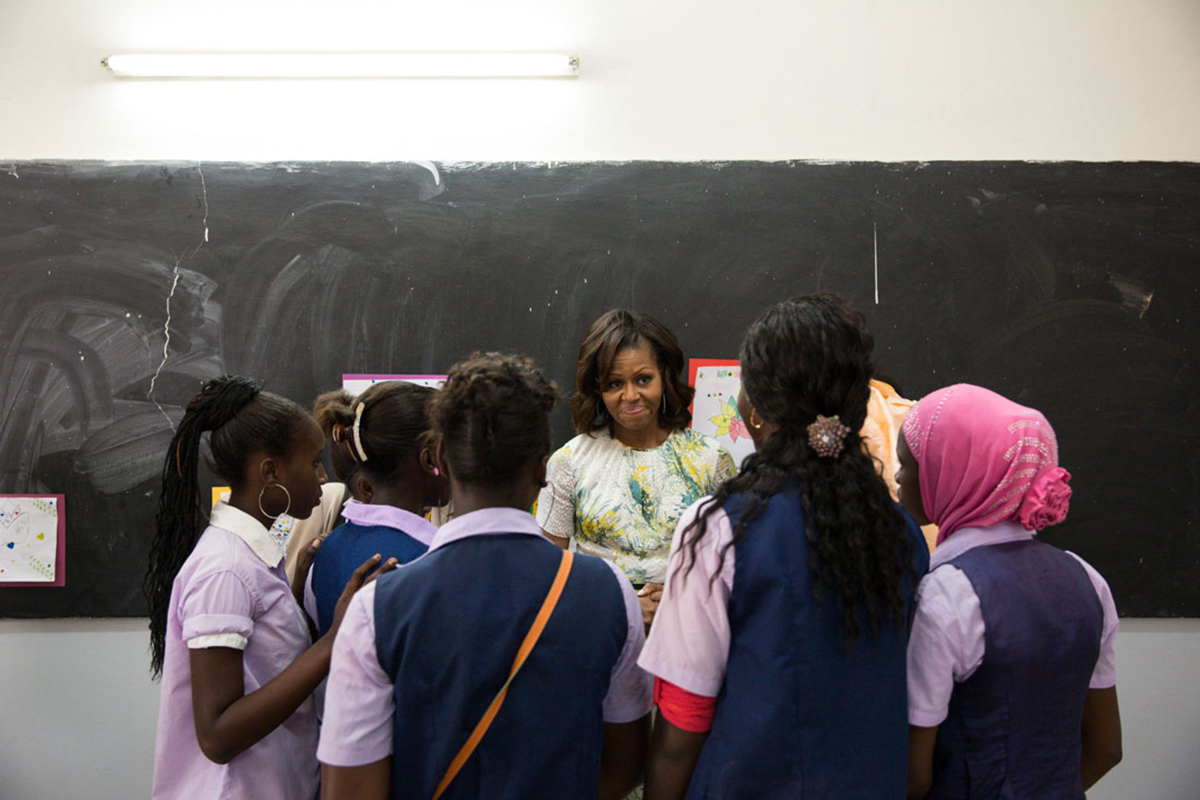 The more time I spent with these extraordinary young women – girls living halfway across the world from where I was born in raised – the more I saw how similar their stories are to my own. Like my own parents, many of these girls’ parents never had the chance to get the kind of education they hoped for. And like the family I grew up in, many of their families don’t have much money.

But no matter what challenges these girls are facing in their lives, they come to school every day eager to learn, and they spend hours each night studying and doing their homework. They also work hard to develop themselves as leaders, running their own student government and meeting with distinguished women leaders, including a number of CEOs and high-ranking government officials. And their hard work is paying off – students from MLK perform very well on their exams, and girls who graduate from this school go on to become accomplished businesswomen, scientists, artists, athletes and more.

As I told them during our visit, these young women are role models not just for girls in Senegal, but for girls in the U.S. – which is why I brought my older daughter and my niece with me to this school – and for girls all around the world. Because we know that when girls are educated, their countries become stronger and more prosperous. That’s why both in the U.S. and in Senegal, our leaders are working hard to expand educational opportunities for more and more of our young people.

So I hope that you will be as inspired and impressed by the girls of the MLK school as I was – and I hope you’ll do your best to follow their example in your own lives. 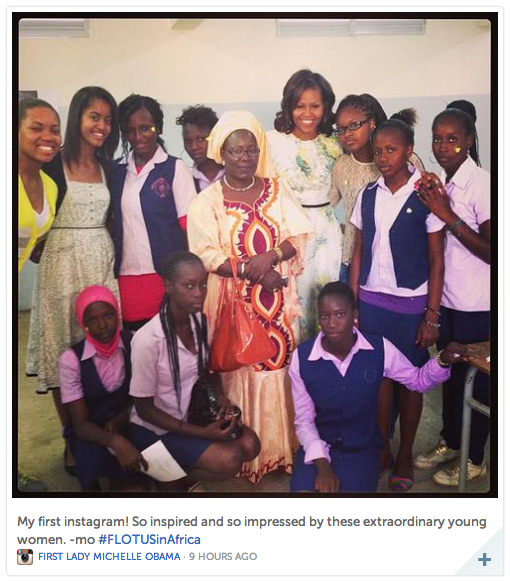