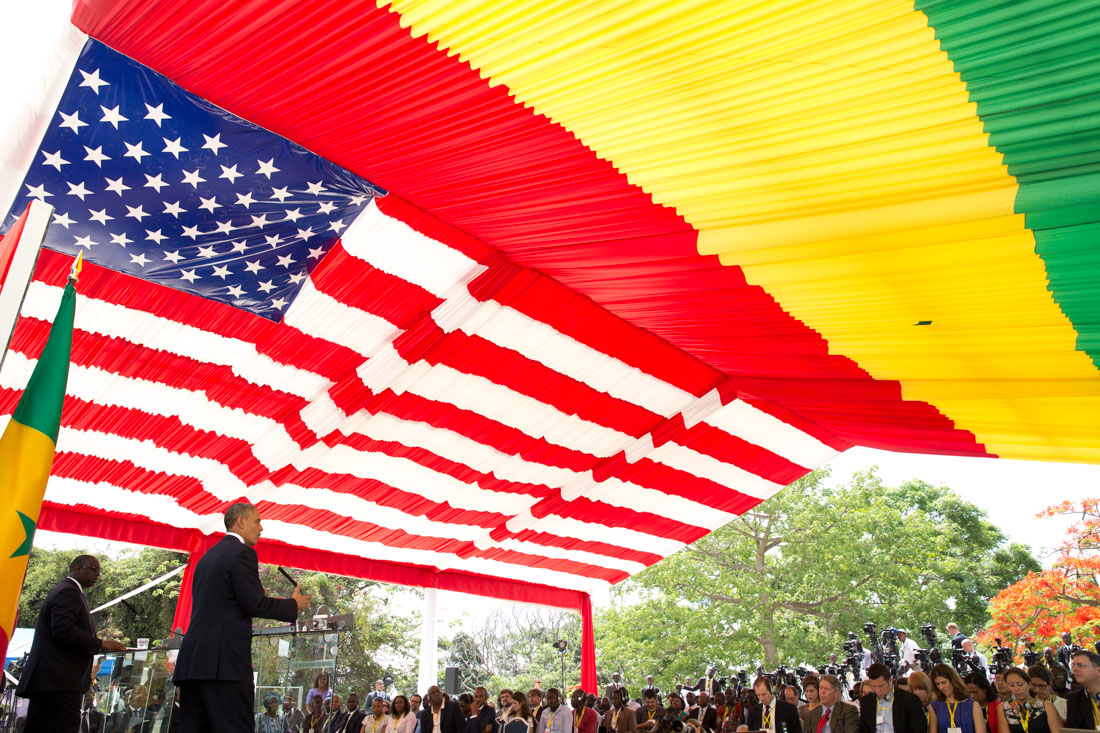 President Obama was in Senegal today, the first stop on his three-country trip to Africa.

The day began with an arrival ceremony and bilateral meeting with President Sall at the Presidential Palace in Dakar. The two leaders also held a press conference.

At Dakar’s La Cour Suprême, President Obama met with judicial leaders from across Africa to discuss the importance of an independent judiciary system and respect for the rule of law. “I believe that the rule of law is a foundation for governance and also a foundation for human rights and economic growth,” President Obama said during their meeting. “It’s a pillar of our democracy.”

In the afternoon, the President and his family traveled to Gorée Island, where they toured a former slave house. The house, which was once the last place slaves were held before being sent to North America, is now a museum.

More recently, Gorée Island served as a hub for political activism, particularly during Senegal’s election last year. President Obama met with a group of advocates and activists before returning to Dakar.

“The leaders who are gathered here today, these are all representatives of civil society, which is incredibly strong here in Senegal,” President Obama said. “And last year, when there were some significant questions as to whether Senegal’s democracy would continue to represent the will of the people, it is leaders like these that were able to maintain the pressure and to maintain a focus on the peaceful transfer of power and the continuation of democratic traditions here in Senegal. And it’s a reminder that democracy is not just about Election Day.”

The President and First Lady ended the day with a state dinner at President Sall's residence.