June 27, 2013 at 11:30 AM ET by Valerie Jarrett, Valerie B. Jarrett
Twitter Facebook Email
Summary:
Yesterday, President Obama, his family, and the U.S. delegation traveled to Senegal, South Africa, and Tanzania, as part of our commitment to invest in Africa’s development and its people. It is my first trip to these countries, and I look forward to meeting new faces from each country. 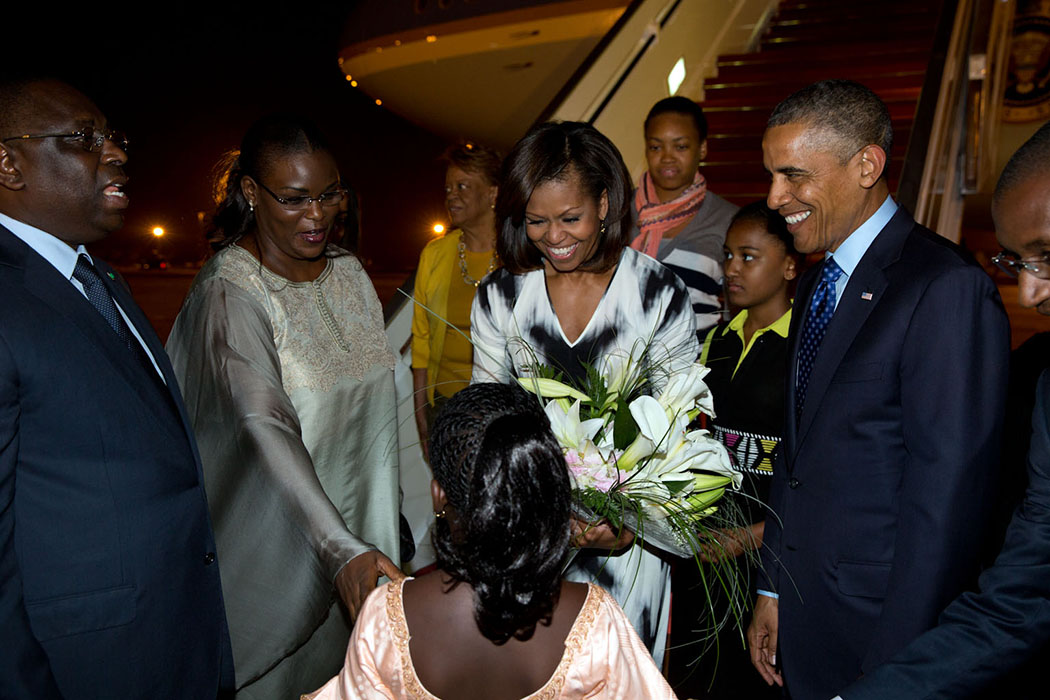 Yesterday, President Obama, his family, and the U.S. delegation began our trip to Senegal, South Africa, and Tanzania, as part of our commitment to invest in Africa’s development and its people. It is my first trip to these countries, and I look forward to meeting new faces from each country.

In 2010, President Obama hosted a forum with 115 young leaders from more than 40 countries in sub-Saharan Africa. They traveled more than 4,000 miles to discuss the continent’s future and promise at the White House and State Department. The young leaders embraced the challenge of leading sub-Saharan Africa for the next generation, and this week, we are excited to meet more young people who are taking up the mantle.

We all know that Africa is a new center of global growth, and is creating more opportunities for its people than ever before.  The challenge is to ensure these gains are expanded to benefit all Africans.

As such, during this trip, President Obama will highlight three major themes:

First, increasing U.S. trade and investment.  We are redoubling our efforts to create an environment that enables greater trade, and investment, through encouraging regional integration, legal reforms that break down barriers to the free flow of goods, and services, greater transparency, and anti-corruption measures.

President Obama will also highlight the need to increase access to electricity, and expand trade, and investment. I will be participating in roundtables with United States Trade Representative Mike Froman to highlight business opportunities between the United States, and African countries. We will also discuss our effective partnerships on food security, and global health, which are delivering results by reducing hunger, and under-nutrition, improving child survival, and moving people out of poverty.

Second, this trip will also underscore our longstanding investment in strong democratic institutions. We support the aspirations of Africans for more open, and accountable, governance, and we are deepening our connection with Africa’s young leaders who are promoting positive change in their communities.  The United States is a committed partner to those working to build vibrant, democratic societies. African countries have made demonstrable progress instituting democratic reforms, but political institutions in many countries remain fragile.

Third, as mentioned above, we will be supporting the next generation of African leaders. Today, nearly one in three Africans are between the ages of 10 and 24. Africa’s youth are already shaping political, social, and economic realities – and can be the driving force behind economic prosperity, good governance, and peace and security. President Obama launched the signature Young African Leaders Initiative (YALI) in 2010 to engage the next generation of African leaders by supporting leadership development, promoting entrepreneurship, and connecting young leaders with one another, and the United States. The First Lady will be hosting a student town hall, and visiting schools to reach out, and hear from young people.

Africa’s success is good for Africa, and good for America-- it serves our shared security interests, increases prosperity for our countries; and reflects a shared commitment to the dignity, well-being, and freedom, of all people.

As President Obama said during his last trip to Africa, “Your prosperity can expand America's prosperity. Your health and security can contribute to the world's health and security. And the strength of your democracy can help advance human rights for people everywhere. So I do not see the countries and peoples of Africa as a world apart; I see Africa as a fundamental part of our interconnected world as partners with America on behalf of the future we want for all of our children. That partnership must be grounded in mutual responsibility and mutual respect.”

We look forward to furthering that same mutual responsibility and respect among countries during this trip. For updates on our Africa trip, follow me on Twitter: @vj44.