President Obama Presents the 2012 National Medals of Arts and Humanities

July 10, 2013 at 6:55 PM ET by Tyler Holden
Twitter Facebook Email
Summary:
What do an acclaimed Opera singer, the director of Star Wars, and a Harvard scholar have in common? Today at the White House, they were all honored by President Obama as recipients of the National Medals of Arts and Humanities. 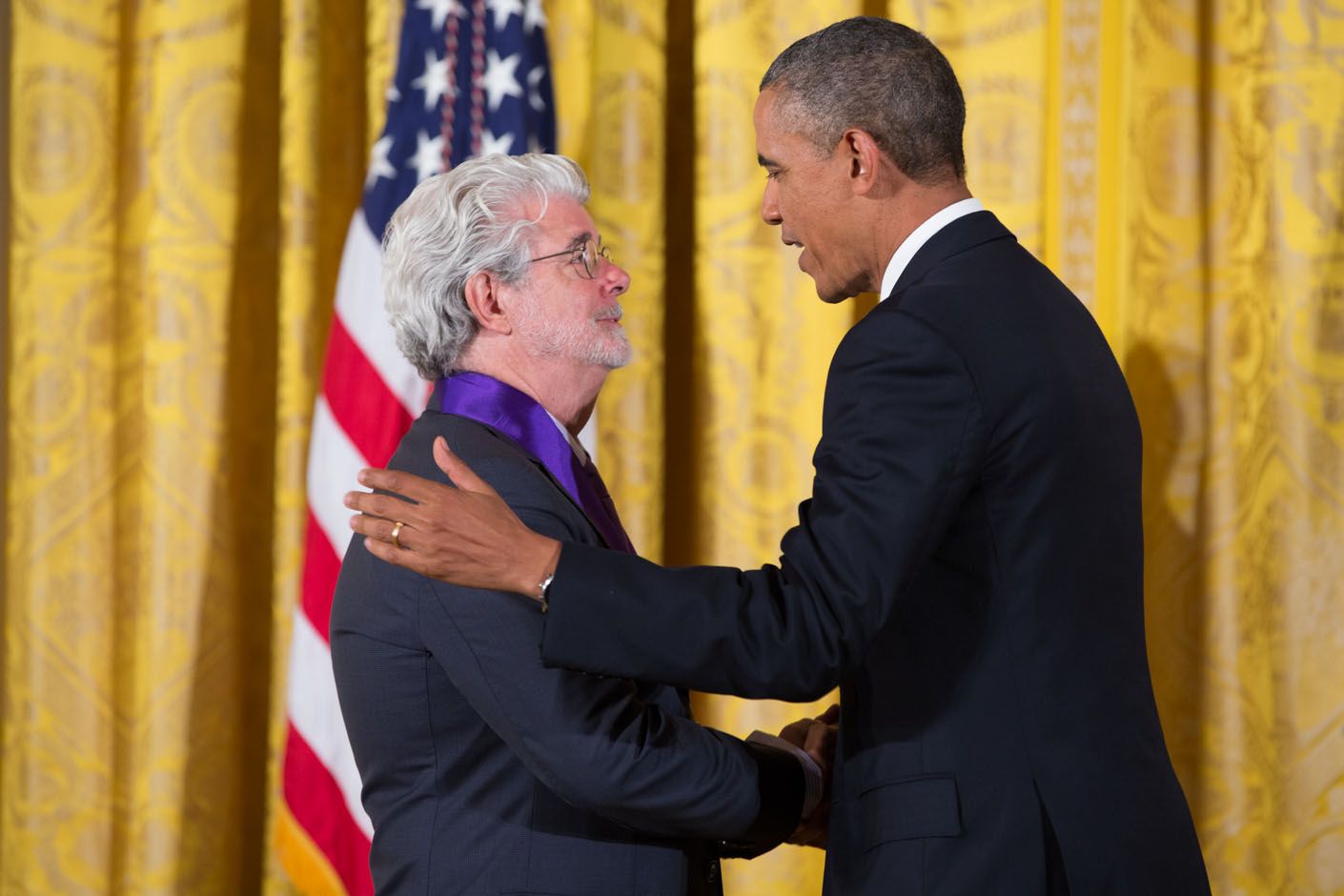 What do an acclaimed Opera singer, the director of Star Wars, and a Harvard scholar have in common? Today at the White House, they were all honored by President Obama as recipients of the National Medals of Arts and Humanities.

In a ceremony in the East Room, President Obama presented 24 medals, equally divided between the National Medal of Arts and the National Humanities Medal, to extraordinary individuals who impacted American life. As the President said, the medal recipients "used their talents in the arts and the humanities to open up minds and nourish souls, and help us understand what it means to be human, and what it means to be an American."

And that's no small feat. Today's awardees included screenwriters, dancers, poets, and professors. They made phrases like "Luke, I am your father" familiar, and they challenged our fundamental beliefs about American civic society. Some won a Grammy, Pulitzer or MacArthur Genius Award, but all awardees gave more to the country than their physical prizes can ever represent.

In today's ceremony, President Obama said that "we celebrate people like our honorees here today not just because of their talent, but because they create something new. They create a new space and that becomes a lasting contribution to American life. And that’s true for all of these honorees."

"The work that we honor today, the lifetime achievement of these artists and these scholars, reminds us that the human imagination is still the most powerful tool that we have as a people. That’s why we celebrate their creativity and the fundamental optimism, the notion that if they work that hard somebody will actually pay attention. That’s why we have to remain committed to the dreamers and the creators and innovators who fuel that progress and help us light the way ahead, because our children, our grandchildren deserve to grow up in a country where their dreams know no bounds and their ambitions extend as far as their talents and hard work can take them."

Here's a full list of the impressive recipients of the National Medals of Arts and the National Humanities Medals: