July 10, 2013 at 11:40 AM ET by Lise Clavel
Twitter Facebook Email
Summary:
Vice President Biden speaks at a memorial service for the nineteen firefighters who died fighting the Yarnell Hill fire in Arizona. 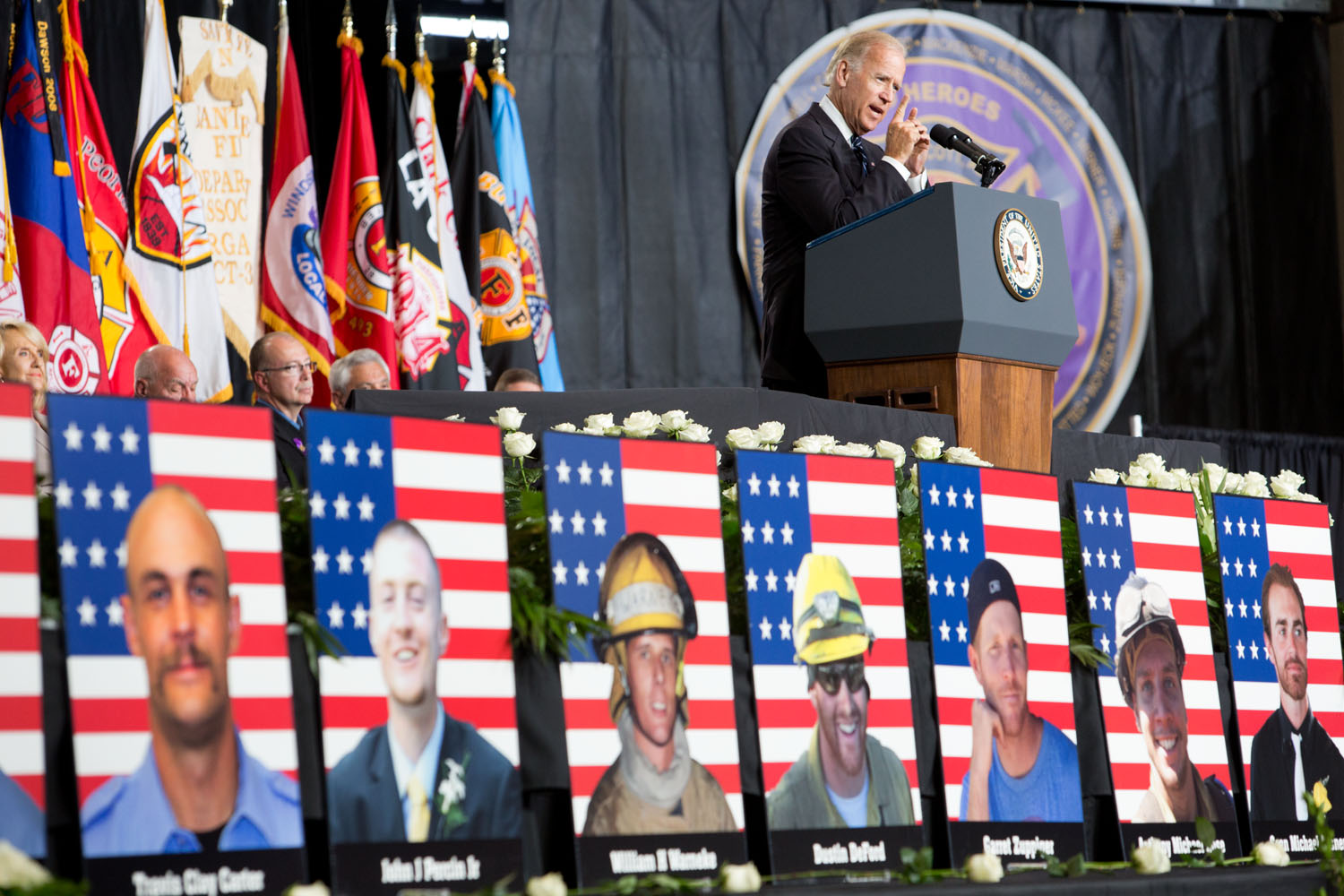 Vice President Biden traveled to Prescott Valley, Arizona yesterday to deliver remarks at a memorial service for the nineteen firefighters who died last week fighting the Yarnell Hill fire. The Vice President honored the firefighters, calling them “heroes long before we knew their names.”

The Vice President was joined by Cabinet secretaries, Arizona Governor Jan Brewer, several members of Congress, and more than 900 extended family members of the fallen firefighters. The nineteen firefighters killed were members of the Granite Mountain Hotshots, an elite crew that undergoes extensive training, meets high physical fitness standards, and undertakes some of the most difficult and dangerous assignments.

These men were some of the strongest, most disciplined, tenacious, physically fit men in the world – an elite unit in every sense of that phrase. Their motto to me sums them up better than anything I can think of:  Duty, Integrity, Respect. They saw their jobs not as jobs but as a duty – a duty to their fellow citizens. They understood what few do:  that integrity is measured by whether you respond to the needs of your neighbors when you know you are one of the few… who has the capacity to respond. And respect – they showed respect time and again for those innocents, caught in the path of the fires of hell, desperate to save their families and, in most cases, the one and only thing they truly owned: their home.

The Vice President also acknowledged the debt we owe to the families of the fallen.

We also owe you families … because you supported them. You supported these Hotshots… What makes you family members so incredible…the wives, the moms, the dads, the children, the brothers and sisters, is you knew, since they chose to be firefighters , since they joined the Hotshot crew, you knew that they were risking laying down their lives every single time they answered a call.