July 15, 2013 at 2:30 PM ET by Cecilia Muñoz and Wendy Spencer
Twitter Facebook Email
Summary:
President Obama unveils a new Presidential Memorandum on Expanding National Service that will help tap the full resources of the federal government to provide more opportunities for citizens to engage in service and volunteering. 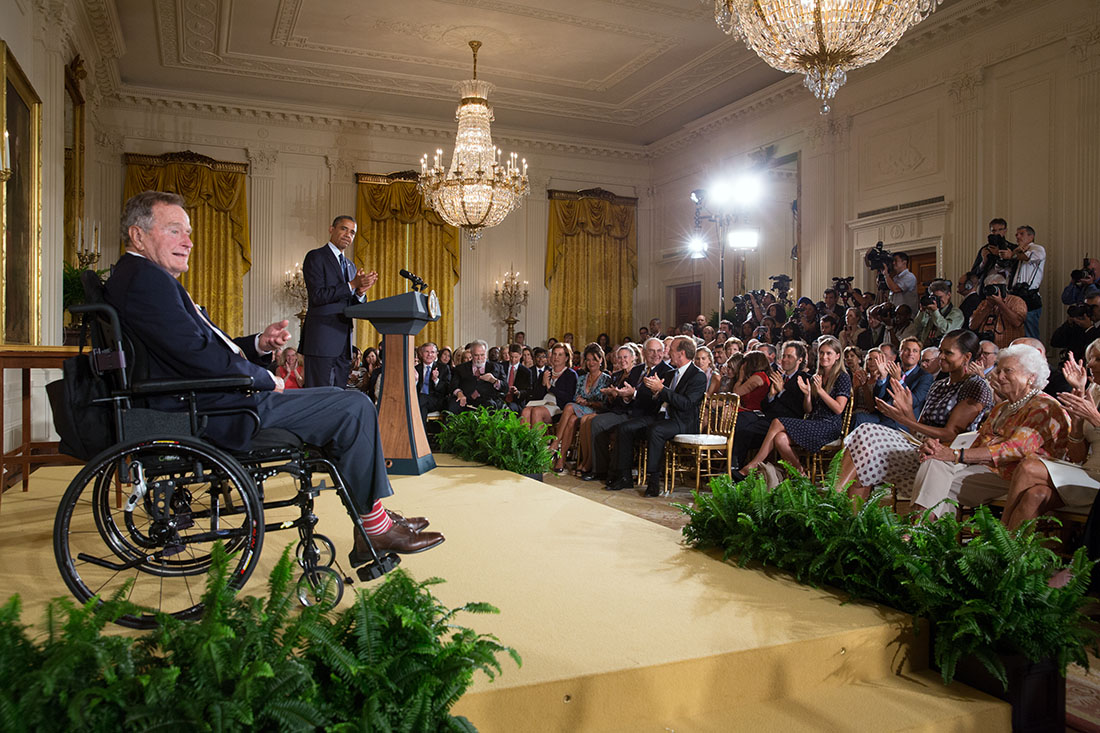 In his 1989 Inaugural Address, when President George H.W. Bush uttered the words “a thousand points of light” he launched a movement. By signing the first National Service Act in 1990, President Bush ushered in the modern era of national service, setting the stage for the creation of the Corporation for National and Community Service (CNCS).

Likewise, President Obama long has believed that service builds stronger communities and can improve the lives of those who take part. In his first 100 days in office, he signed the bipartisan Serve America Act that set out a plan to increase AmeriCorps, our flagship national service program. Since that time, applications to AmeriCorps have reached an all-time high and more Americans are volunteering than at any previous point in the past five years.

The Administration has responded to this new demand by launching new programs such as FEMA Corps and School Turnaround AmeriCorps that create new pathways for people to serve. In these new “Corps,” young people are serving their country, while gaining valuable experience in fields such as emergency management or classroom instruction that can help to prepare them for the workforce.

Building on the momentum of these new pathways, during an event with President Bush earlier today, the President unveiled a new Presidential Memorandum on Expanding National Service. With this memo, President Obama seeks to tap the full resources of the federal government to provide more opportunities for citizens to engage in service and volunteering.

The Memorandum establishes a task force made up of federal agencies who will consult with CNCS to explore howthey can leverage programs like AmeriCorps to make progress on national priorities. It encourages the use of innovation and technology to facilitate volunteerism and expand civic participation.

In an environment of tight budgets, it recommends public-private partnerships to scale such activities. And, after such programs have helped these individuals to develop skills that improve their career prospects, it calls on the government to explore how such talent potentially can be recruited back into the federal workforce to continue their commitment to public service.

President Obama believes that the best way we can honor President Bush’s commitment to service is to continue his legacy. By issuing this Memorandum, he has set the stage for the next generation of Americans to participate in national service, supporting their communities and strengthening our country.

Cecilia Muñoz is the Director of the White House Domestic Policy Council. Wendy Spencer is CEO of the Corporation for National and Community Service