July 17, 2013 at 6:46 PM ET by Megan Slack
Twitter Facebook Email
Summary:
President Obama thanks lawmakers from both parties for coming together confirm Richard Cordray as Director of the Consumer Financial Protection Bureau. 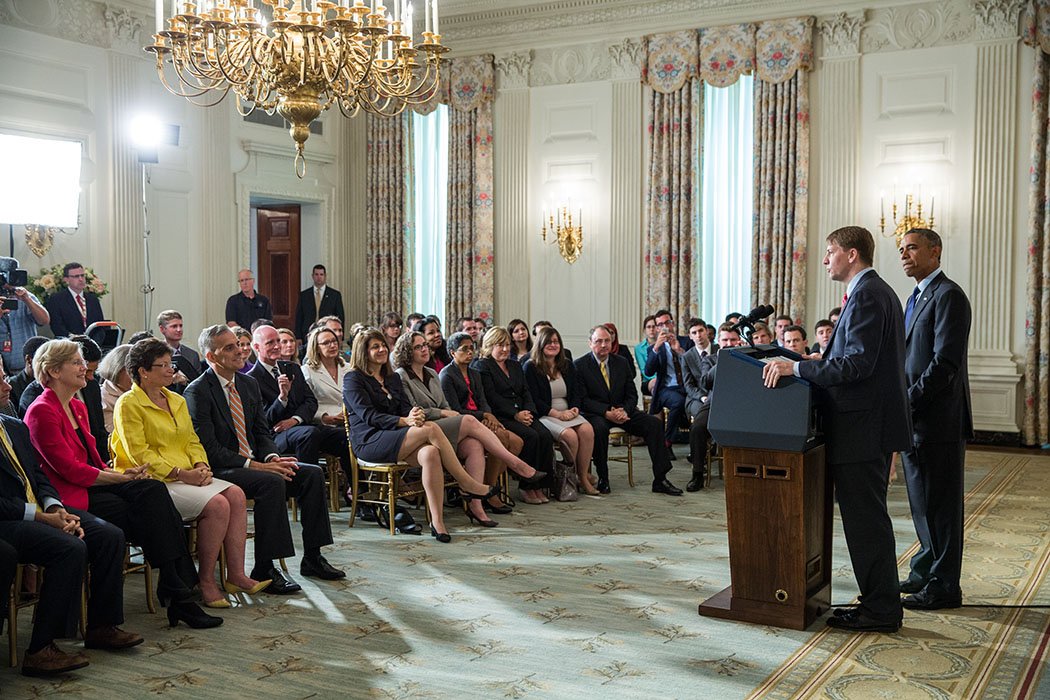 Today, President Obama thanked lawmakers from both parties for coming together to confirm Richard Cordray as Director of the Consumer Financial Protection Bureau. The CFPB was established to make sure American consumers are treated fairly in the financial market place, whether applying for a credit card, taking out a loan to buy a home or pay for college, dealing with a debt collector or other activities.

“Four years ago, even as we were working on restoring the economy and dealing with the immediate crisis,” President Obama said, “we also wanted to figure out how do we set new rules for the road to make sure that a few bad apples in the financial sector couldn't break the law, or cheat consumers, or put the entire economy at risk.”

Those efforts led to the creation of the CFPB in 2011, and two years ago this week, President Obama first nominated Cordray to run the new agency. But the Senate wouldn't vote on his confirmation, and the CFPB was severly hampered without a director, President Obama said.

The CFPB wasn’t able to give consumers the information they needed to make good, informed decisions. Folks in the financial system who were doing the right thing didn’t have much certainty or clear rules of the road. And the CFPB didn’t have all the tools it needed to protect consumers against mortgage brokers, or credit reporting agencies, or debt collectors who were taking advantage of ordinary Americans.

President Obama took action to temporarily appoint Cordray as Director so CFPB could get to work. And as a result, President Obama said, Americans everywhere are better off.

Today, if you want to take out a mortgage or a student loan or a payday loan, or you’ve got a credit reporting agency or debt collector who’s causing you problems -- maybe they're not playing by the rules, maybe they're taking advantage of you -- you have somewhere to go.  The CFPB has already addressed more than 175,000 complaints from all across the nation, giving people an advocate who is working with them when they're dealing with these financial institutions that may not always be thinking about consumers first.

Students and their parents can now get a simple report with the information they need before taking out student loans, President Obama explained. Credit card forms are easier to understand than they used to be, and veterans and seniors are better protected from dishonest lenders and get-rich-quick schemes -- all thanks to the Consumer Financial Protection Bureau.

“And now that Rich has gotten the yes-or-no vote he deserved, businesses and consumers have more certainty than they did before that this will continue,” President Obama said.