July 18, 2013 at 6:25 PM ET by Nimna Diayaté
Twitter Facebook Email
Summary:
While President Obama was visiting Senegal last month, he met Nimna, who is responsible for the Feed the Future USAID initiative.
Ed. note: This is cross-posted from USAID.gov. See the original post here. 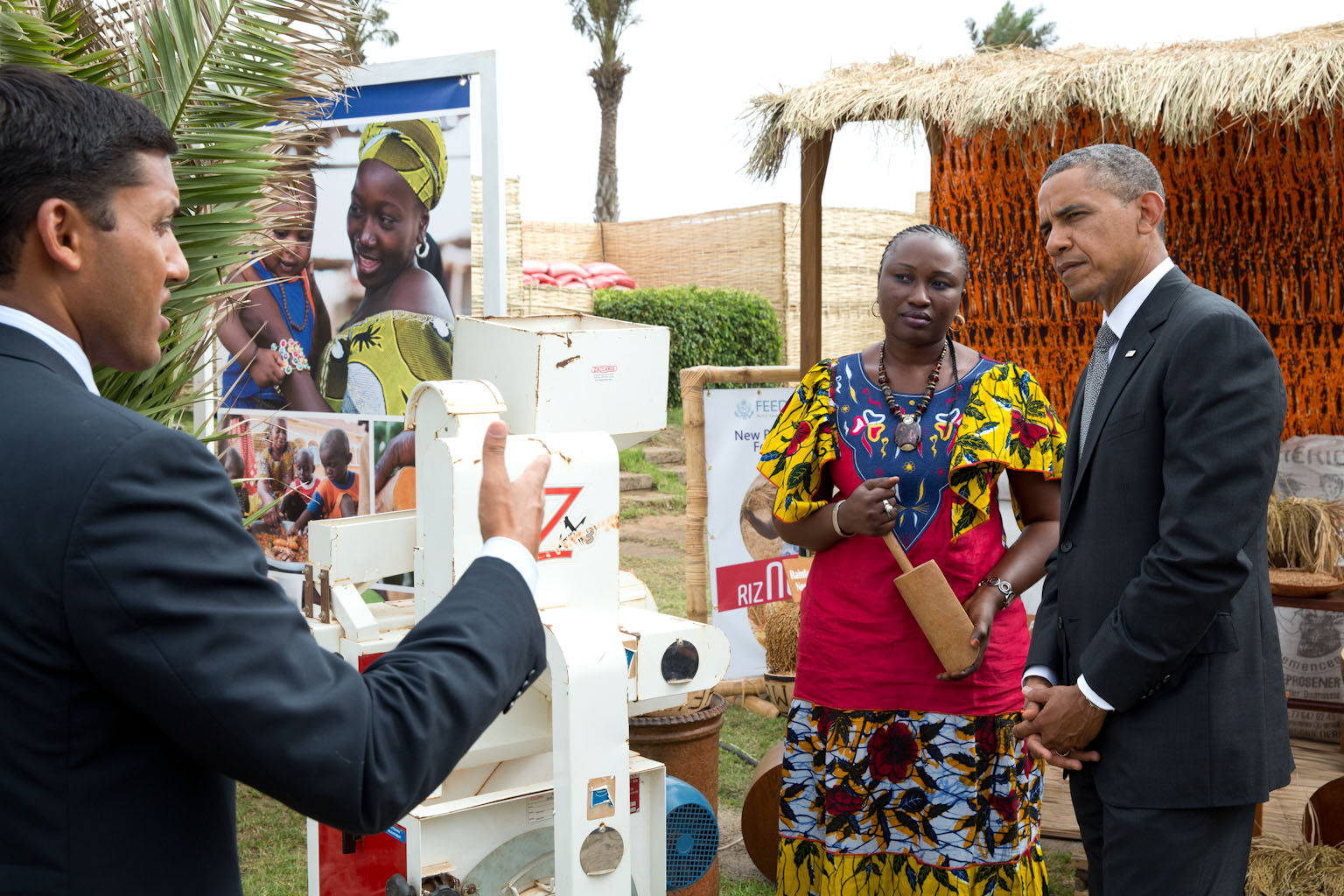 When I first got the idea back in 2008 that the women farmers like myself in central Senegal should join together to help one another succeed, I never would have guessed that five years later I would be sharing that story of success with the president of the United States.

On June 28, I found myself before President Barack Obama himself, explaining to him how bringing my producers’ network together with others in the Kaolack region and receiving assistance from a USAID project, part of the Feed the Future initiative helped us help each other, leading to the formation of a federation of some 3,000 producers who last year produced and sold 13,000 tons of corn on 5,000 hectares of land to feed our families and plan for next season.

In our conversation, President Obama explained my story back to make sure he understood: “So you’ve got all these small farmers, and they all came together to better compete with big agribusiness.”

“That’s right,” I told him. “We created a network in the villages and each network worked together as the Saloum Federation of Corn Producers.”

I explained that our larger numbers afforded us better access to credit, with which our federation was able to access modern farm equipment, like the 12 tractors we have today. I pointed to a picture of the tractors on the display at the agricultural technology marketplace prepared for the president, and he asked me if I could drive a tractor myself.

“No, but I want to learn,” I said, knowing he was teasing me. But I really am going to learn.

To meet President Obama was wonderful. He seemed very happy to hear how a U.S. Government project was helping me and the members of our network. He was also very happy to hear that we now have enough good-quality, locally-grown corn for our own consumption and enough left over to sell, and that we are improving the quality of our seeds and equipment for the next growing season.

We want to make all producers in south-central Senegal aware of how we are producing quality corn so that we can be competitive with imports, find business opportunities, and sell our products at good prices.

Going back to before I had ever heard of USAID or Feed the Future, I was planting two hectares of maize a year. With USAID’s support, Feed the Future helped my little group access seasonal bank credit, with which we bought more seed and fertilizer than ever previously possible.

A year later, I planted 13 hectares and my income tripled. The 2011 harvest was a bad one, with a severe drought hitting our region hard. But the quality of the new seed was so good that despite the lack of rain, I still managed to increase my yield to 15 tons and earn close to $5,000 that year.

That money helped the federation qualify for a loan big enough to buy a brand-new tractor worth $35,000. The tractor has helped us prepare more than 350 hectares of land in our area. In 2012, my own cultivation grew to 18 hectares, including three hectares in new high-yielding hybrid varieties.

All this time our network was growing. In 2012, I was elected president of the new federation, which by then had 2,500 members. Now we can negotiate directly with banks, agro-dealers and buyers from the animal feed industry and today can speak for more than 3,000 corn farmers, both women and men, with the Senegalese government and the private sector with which we deal each day. This last season we produced nearly 4,500 tons, 3,000 of which was sold for a profit that will help us increase our yields still more next year.

Like the corn we cultivate, I feel the success of our federation can grow as high as our dreams. For a simple farmer from rural Senegal, to be successful enough to meet the American president shows that big dreams can come true after all.

Learn more about President Obama’s trip to Africa and view an infographic of the agricultural technologies marketplace where Diayaté met Obama.

(Translated from French by Zack Taylor)