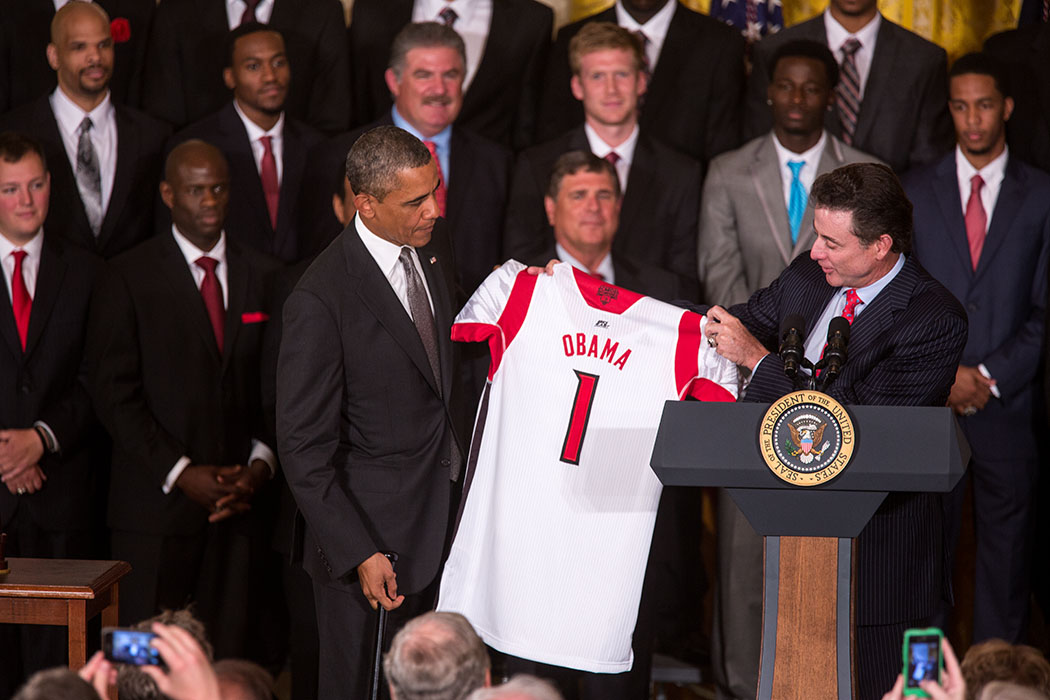 Coach Rick Pitino presents President Barack Obama with a team jersey as the President welcomes the NCAA Champion University of Louisville Cardinals to the East Room of the White House to honor the team and their 2013 NCAA Men’s Basketball Championship, July 23, 2013. (Official White House Photo by Lawrence Jackson)

When the University of Louisville's men's basketball team won the 2013 NCAA tournament, they also scored an exciting trip to the White House. President Obama, an ardent basketball fan, welcomed the Louisville Cardinals in the East Room today to applaud their accomplishments.

As the President said in his remarks, the Cardinals demonstrated throughout the year what it means to be student-athletes on and off the court. The team collectively earned just shy of a commendable 3.3 GPA, raised thousands of dollars for charity, and overcame physical obstacles to win the tournament.

In addition to celebrating the Cardinals' hard work and outstanding play, President Obama joked that the team also "stayed focused on one singular goal, and that is to bust my bracket" during their 35-5 season. 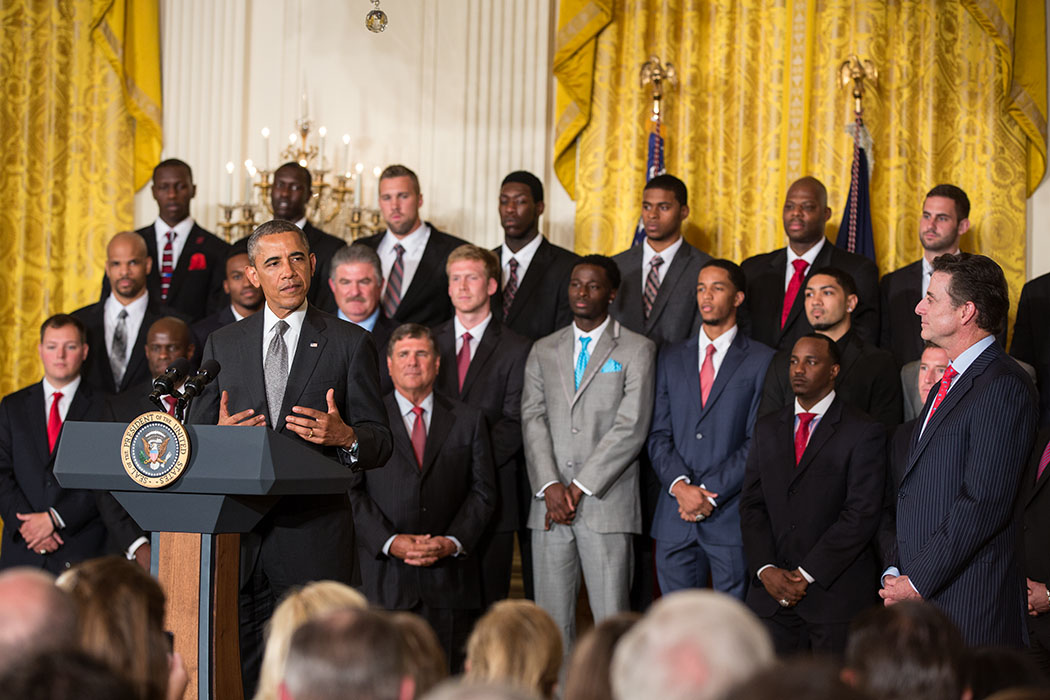 President Barack Obama delivers remarks as he welcomes Coach Rick Pitino and the NCAA Champion University of Louisville Cardinals to the East Room of the White House to honor the team and their 2013 NCAA Men’s Basketball Championship, July 23, 2013. (Official White House Photo by Pete Souza)

Each year since taking offce, President Obama has joined countless Americans in creating NCAA brackets for both the men's and women's tournaments. This year, he predicted that the Cardinals would make it to the finals but lose in the championship game.

Luckily for the Cardinals, that was not the case as they clinched an 82-76 victory and brought a new NCAA men's basketball trophy to Louisville for the first time since 1986. The President congratulated the Cardinals and said "they treated us to one of the best championship games that any of us have seen in a very, very long time."