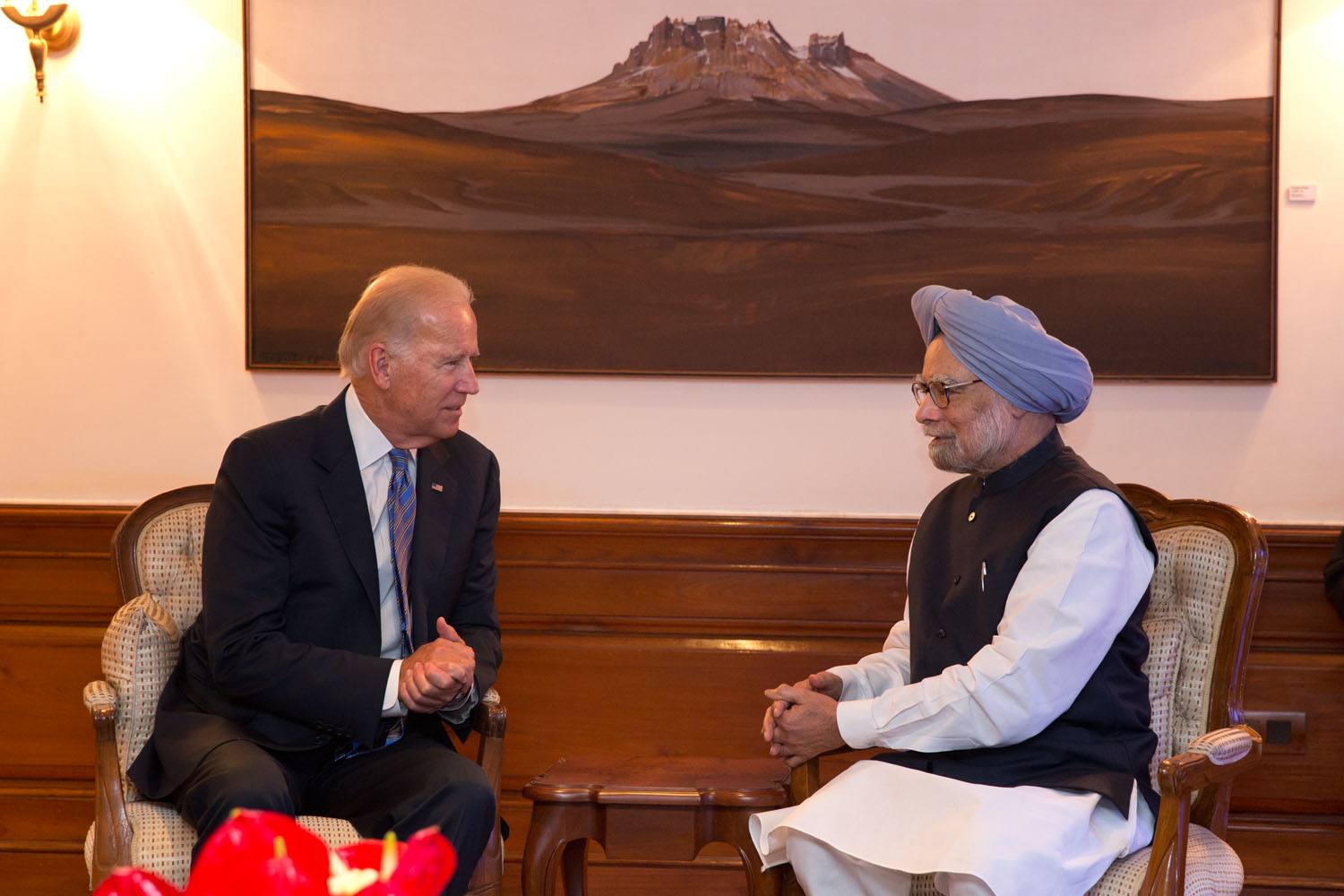 On his second day in New Delhi, Vice President Biden met with Indian leaders to discuss the increasingly important bilateral relationship between our two countries.

In meetings with Prime Minister Dr. Manmohan Singh, President Pranab Mukherjee, Vice President Hamid Ansari and others, Vice President Biden emphasized a range of opportunities for our countries to work more closely together on issues such as economic growth, trade, energy and climate change, security and investments in innovation and education.

“We look at the relationship as one that has immense potential for both the United States” and India, Vice President Biden said. “But it also has great potential for the world.”

It’s no longer a zero-sum game, as it was when I first entered public life.  When another nation moves forward in leaps and bounds and creates new wealth, that is not against our interest. It’s overwhelmingly in the interest of the United States of America that India grow -- grow at the rates it had been growing and even faster.

“And so the reason for my visit,” he said, “is to make it clear that we truly, truly value this relationship.”