July 24, 2013 at 9:01 AM ET by Julie Chavez Rodriguez
Twitter Facebook Email
Summary:
Vice President Biden met with law enforcement leaders from across the country to discuss the impact that our broken immigration system is having on local communities. 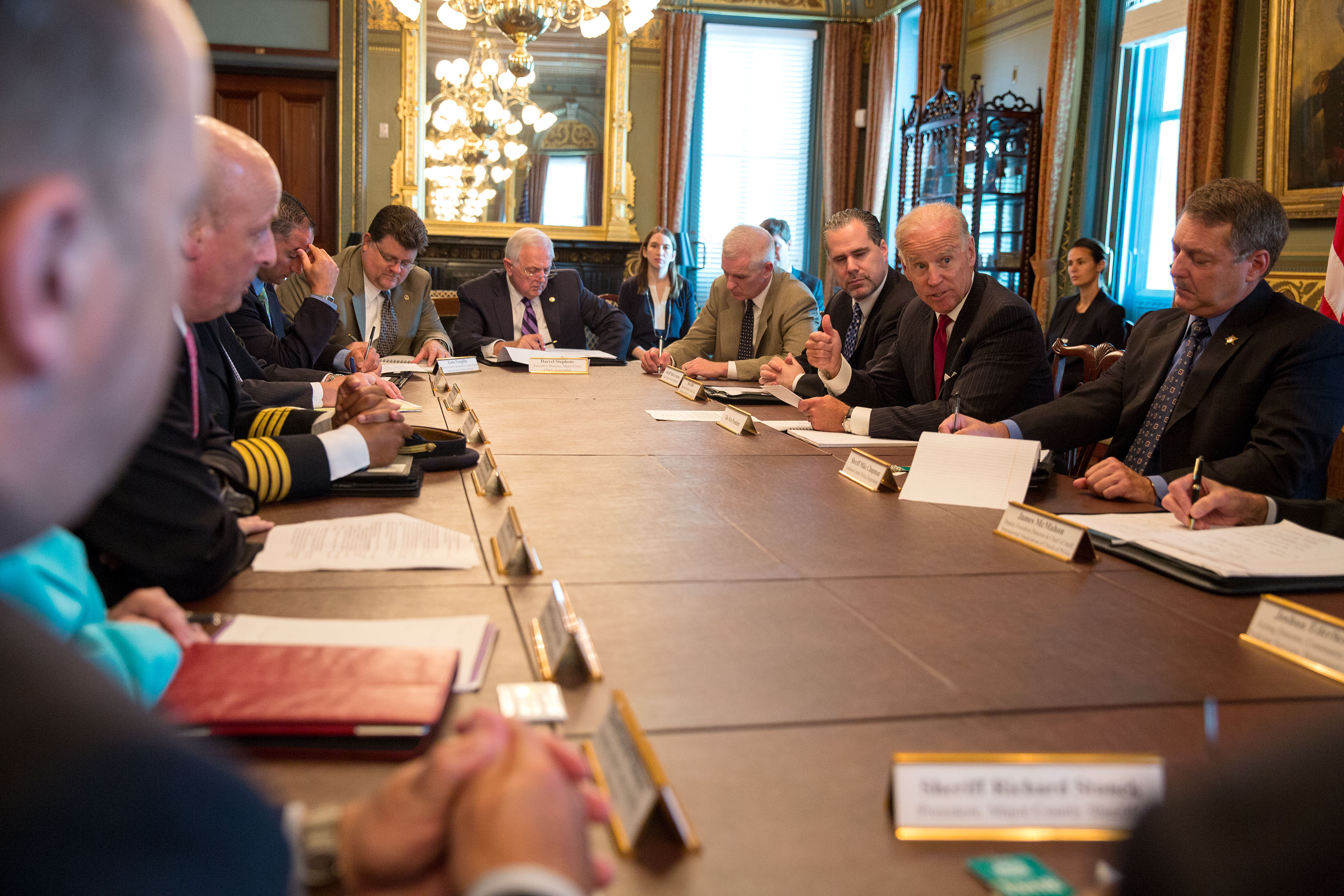 On Friday, Vice President Biden met with law enforcement leaders from across the country to discuss the impact that our broken immigration system is having on local communities. The meeting was an opportunity to hear directly from the law enforcement officials about the importance of immigration reform from a local law enforcement perspective.

The Vice President noted that the Senate’s immigration bill would build on significant progress already achieved in securing the border in recent years – among the commendable successes he included the historic decline in border crossings, crime reduction in border states, and an increase of Border Patrol agents along the southwest border. In particular, he pointed out that the Senate bill would dedicate $46 billion to strengthening border security and provide resources for border agents to focus on human and drug trafficking and other transnational criminals.

However, the Vice President stressed that immigration reform is not just a border issue; this is a public safety issue writ large, a view echoed by participants in the meeting and the participants in the meeting echoed this view.  Passing immigration reform, he explained, will encourage undocumented immigrants to come out of the shadows by providing a path to earned citizenship for those who register, pay a fee, pay their taxes, and pass criminal background and national security checks.  It will also allow law enforcement to focus on catching criminals and keeping neighborhoods safe while strengthening trust between local police and the diverse communities they serve and protect.  Without the fear of deportation, immigrant communities will feel safer and more empowered to report crimes and cooperate with the police.  This is particularly important for victims of domestic violence and for victims and witnesses of crimes.

The Vice President concluded the meeting by reiterating that the House of Representatives must join the Senate in taking urgent action to fix our broken immigration system.