July 25, 2013 at 6:48 PM ET by Megan Slack
Twitter Facebook Email
Summary:
President Obama continues making the case for his vision for an economy that grows from the middle out, not the top down, which includes creating good jobs by investing in our nation's infrastructure. 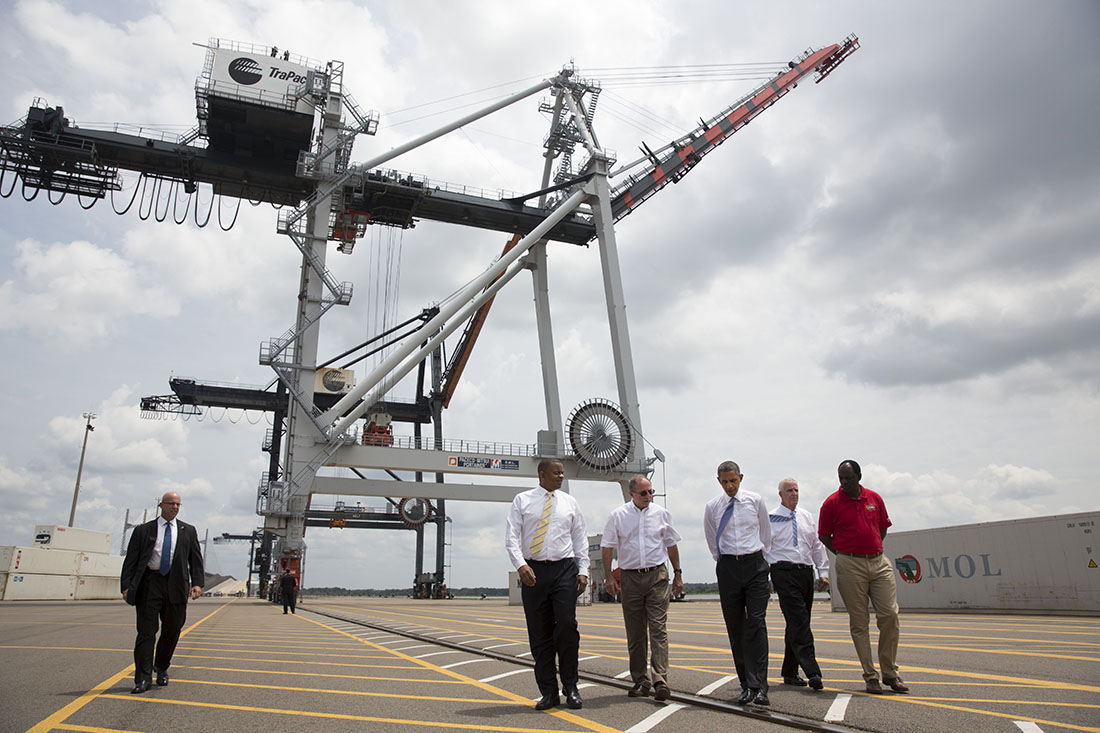 In Jacksonville today, President Obama continued making the case for his vision for an economy that grows from the middle out, not the top down.

“Yesterday, in Illinois, I talked about what we need to do as a country to build a better bargain for the middle class and everybody who’s trying to get into the middle class -- a strategy that we’ve got to pursue, together, to make sure that everybody who works hard has a chance to get ahead in this 21st century economy,” he said.

"But I’m here today to specifically talk about the cornerstone, the essence of middle-class security, and that’s a good job in a growth industry”

If you want to create jobs right now, but also jobs that will have impacts for years, here’s the way to do it.  We know strong infrastructure is a key ingredient to a thriving economy. That’s how the United States became the best place in the world to do business.