Celebrating 23 Years of the Americans with Disabilities Act

July 26, 2013 at 2:21 PM ET by Valerie Jarrett, Valerie B. Jarrett
Twitter Facebook Email
Summary:
Today marks the 23rd anniversary of the passage of the Americans with Disabilities Act (ADA). The ADA represents the culmination of a struggle for the most basic promise of equal opportunity and protection. For millions of Americans, the ADA recognizes the unique challenges that individuals with disabilities face, and provides the legal basis for fairer treatment.

Today marks the 23rd anniversary of the passage of the Americans with Disabilities Act (ADA). The ADA represents the culmination of a struggle for the most basic promise of equal opportunity and protection. For millions of Americans, the ADA recognizes the unique challenges that individuals with disabilities face, and provides the legal basis for fairer treatment. 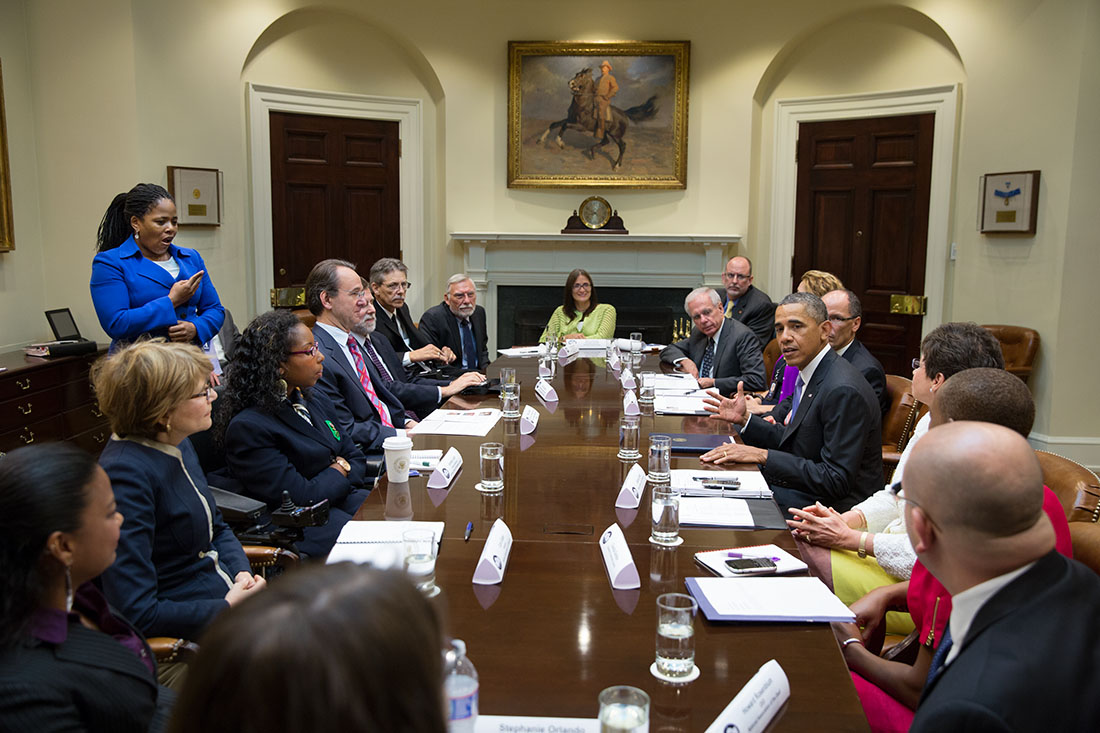 To celebrate the anniversary of this historic civil rights legislation, yesterday, we held an ADA Anniversary Champions of Change event, in which we honored ordinary Americans who are doing extraordinary things for their communities. From advocating for youth with disabilities, to working on policy affecting the deaf and hard of hearing, from wheelchair racing, to helping people discover their potential, to empowering students of color with disabilities, these everyday heroes are incredibly inspiring, and help spread the word of just how important the ADA is for millions of Americans.

President Obama is committed to continuing the legacy set in place by President George H.W. Bush when the ADA was signed 23 years ago. President Obama has expanded educational, and employment opportunities for people living with disabilities, increased access to health care, and protected civil rights, and access to community living.

Many Americans would be surprised to know that the ADA protects nearly one in five Americans from discrimination. The ADA, among other things, levels the playing field, and affirms that people with disabilities must be treated with dignity and respect.

In addition to protecting Americans with physical, and sensory disabilities, the ADA also protects individuals with cognitive disabilities. Just last month, President Obama called for a national conversation about mental health and action to be taken in order to de-stigmatize the issue, thus making asking for help a lot easier.

We’ve made a lot of progress in the past year. The Office of Personnel Management reported that we hired the highest percentage of people with disabilities in the federal government in decades.

On the education front, the Department of Education issued a document on restraint and seclusion, and as a result, multiple states have adopted principles to make their schools safer, and treat their students with more dignity.

And the Federal Communications Commission issued the first-ever National Deaf-Blind Equipment Distribution Program to help meet the needs of deaf-blind individuals. Since then, hundreds of deaf-blind individuals have gained access to communication technologies through this program, allowing them to lead independent lives, and stay connected with their family members, and friends.

These are just a few examples of the progress we’ve made working together. And while the legacy of the ADA is stronger than ever, more work remains.

We continue to pursue our goal of Senate approval of the Disabilities Treaty, which extends across the globe the rights Americans enjoy under the ADA. And we must keep educating the public, not only on the legacy of the ADA, but on the evolving challenges that the disability community faces.

As President Obama said on the 20th Anniversary of the ADA, “Equal access. Equal opportunity. The freedom to make our lives what we will. These aren’t principles that belong to any one group or any one political party. They are common principles. They are American principles.”

These principles should continue to drive us to do better.